This was the time to focus on the bottom half of the pyramid, says the economist 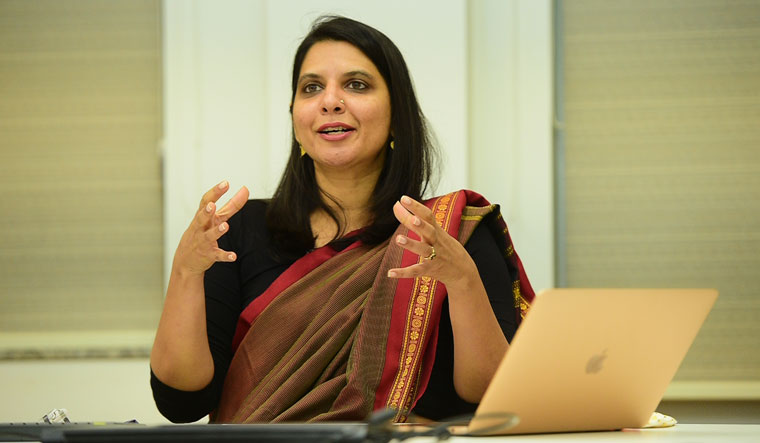 The Narendra Modi government's response through the Union budget seems to be based on the assumption that long-term gains will address the current inequities between the rich and the poor in the country, said economist and social researcher Yamini Aiyar. "This was the time for more spending in terms of income support, cash transfer and employability programme for the bottom half of the pyramid. But the government seems to be making a long-term bet by focusing on creating conditions to enable investments and job creation," Aiyar said as she decoded the Union Budget for the 22nd edition of the Malayala Manorama annual budget speech on Friday.

Sitharaman's budget, she said, was focused heavily on improving public infrastructure rather than addressing issues such as poverty or the migrant crisis. "Creating enabling conditions to address issues through reforms aimed to strengthen the government's ability to increase capital expenditure, which will, in turn, attract foreign investments, thus enabling job creation seems to be what the Centre is focusing on," Aiyar explained as she laid bare the underlying message of Sitharaman's budget.

The government is anticipating that the economic rebound, coupled with the rise in capital expenditure, will see crowded investments and job creation. This explains why the Centre opted for a marginal rise or even a cut for key schemes such as NREGA, she explained. The budget has allocated only Rs 73,000 crore for MGNREGA for financial year 2021-22, 34.52 per cent below Rs 111,500 crore that was spent in the current year.

Aiyar, who is the president and chief executive of Delhi-based Centre for Policy Research, also did not mince words to highlight that there was hardly any mention on migrant workers as well as social security. "The poor were referred to as after thoughts," she said.

She observed that the Modi government has given thrust towards formalisation of the economy as was evident with demonetisation and introduction of GST.  "However, the real question is, have we adopted a butcher's approach rather than covering those left out in the process," she asked.

The overarching tension of a pull towards swadeshi versus the push to position the Indian economy as an open one, laying out the red carpet for foreign investments, was evident in the Union budget. On one hand, the FDI cap in the insurance sector has been eased, while on the other, there was an increase in customs duty of items to discourage imports. "This tension is at the very front and centre of the budget."

At the same time, Aiyar lauded the fiscal transparency that was shown in the budget. "The government needs to be congratulated for coming back to the path of transparency," she said.

However, she foresees the Centre-states relationship straining on account of fiscal federalism. "The states have suffered an increased expenditure pressure due to the COVID-19 pandemic. Devolution to states have dropped significantly overall. The Centre has managed to keep most of the resources for itself," she pointed out, adding that "the long-term plan on fiscal federalism remained a question."

Aiyar did not forget to highlight that the finance minister's claims on 137 per cent increase on allocation towards health and expenditure did not add up. The bubble over the huge rise in health care spending was burst soon after the budget presentation as it became evident that the finance minister regrouped money allocated for other departments such as drinking water, sanitation, nutrition and the Ayush ministry to come up with the huge sum of Rs 2,23,846 crore. "For a budget that moved the needle of transparency, this was unnecessary," Aiyar noted.