India will become self-reliant despite the pandemic, says FM in Lok Sabha 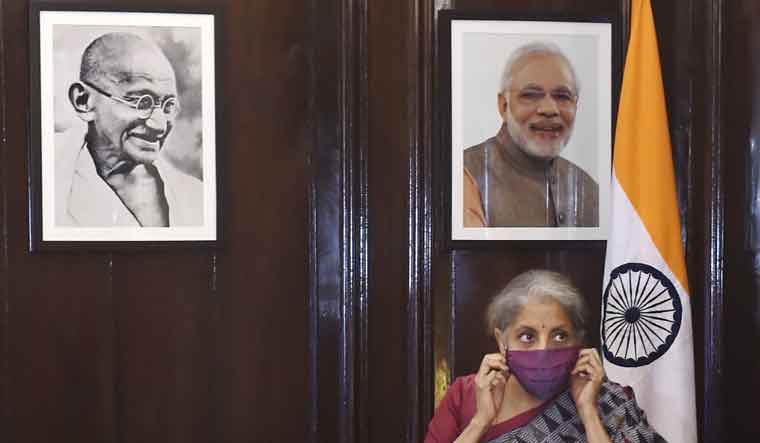 Reiterating the PM's call for Aatma Nirbhar Bharat, the finance minister said that India will become self-reliant, despite the pandemic | PTI

Budget 2021 draws from the experience of Prime Minister Narendra Modi when he was the chief minister of Gujarat, said Finance Minister Nirmala Sitharaman in the Lok Sabha on Saturday. Reiterating the PM's call for Aatma Nirbhar Bharat, the finance minister said that India will become self-reliant, despite the pandemic.

"Reforms will lay the path for making India one of the top economies of the world. The challenges of the pandemic did not deter the government from undertaking reforms for maintaining long-term goals of the country. The Union budget has set the pace for India to become Aatma Nirbhar," Sitharaman said in her reply to Budget 2021-22 in the Lok Sabha.

She said the Central government has made an opportunity out of the pandemic situation with stimulus and reforms. "A challenging situation like the pandemic did not deter the government from taking up reforms that are going to be necessary for sustaining long-term growth of this country," Sitharaman said. "Respecting Indian entrepreneurial skills, Indian managerial skills, Indian trade skills, Indian business skills, Indian youth, Jana Sangh onwards, the BJP has consistently believed in India. We didn't borrow something from somewhere and gave a hybrid," she added.

On Friday, Sitharaman had attacked opposition parties for creating a 'false narrative' around her budget of being pro-rich, saying from free foodgrains, gas to building roads and houses have been for the poor. She said that despite government schemes and initiatives ranging from roads to agriculture, housing, scholarships to electricity benefiting the lives of people, a false narrative was being created by the opposition that the government was working for cronies.