Budget 2021 is a chance to revitalise the Smart Cities mission

The Smart Cities project has failed to take off, with half of its funds unspent 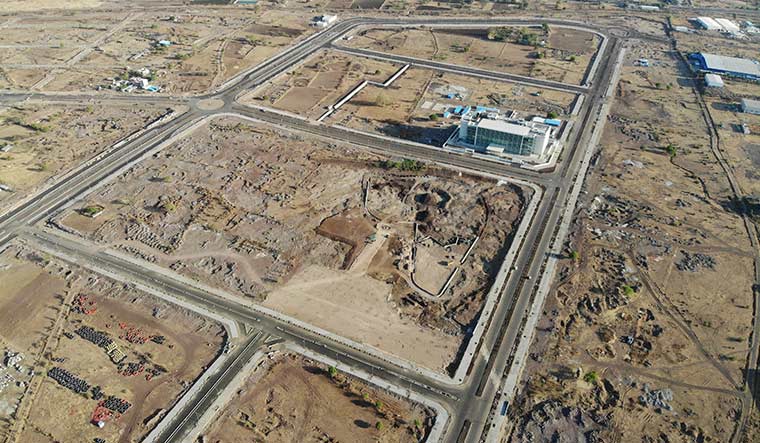 An aerial view of the Aurangabad Industrial City (AURIC)

With more talk than actual action on the ground, India’s ambitious Smart Cities project is lagging way behind its targets. With a post-Covid and post-digitisation impetus the year gone by affords her, will Nirmala Sitharaman infuse some fresh enthusiasm this budget?

The Modi government’s previous budgets, too, have focused on investing in smart cities across the country. The aim, as finance minister Nirmala Sitharaman said in Parliament, was to “maximise the benefits of three separately developing economic activities—the upcoming economic corridors, revitalisation of manufacturing activities and technology demands.” In last year’s budget, she allocated Rs 6,450 crore for setting up five new smart cities, to be built up by partnering states in Public-private partnership (PPP) mode. The amount was the same as the previous year’s.

But, the hard figures tell something else altogether. Transforming 100 cities ‘smart’ was a Rs 2 lakh crore plus overall project that should have been on its winning lap come 2020. But instead, the reality is somewhat different. According to a 2019 report, of the total Rs 48,000 crore-approved budget between 2015-2019, only half the money was allocated. Of the allocated funds, only three-fourth was released and just 36 per cent of the funds released were utilised. While over Rs 17,000 crore has been released for different projects, only Rs 6,160 crore has been used, according to Divakar Vijayasarathy, founder and advisor of DVS Advisors. “Like many infrastructure projects, the smart city project is also facing funding issues among other things,” he says.

“The utilisation of funds and the overall progress of the scheme is seen to be quite slow,” says Santhosh Kumar, vice-chairman, Anarock property consultants. “To be fair, various bottlenecks are preventing speedy implementation of these projects. And COVID-19 in 2020 was one among those. Similar projects are implemented at a much faster speed in developed countries," he says.

With this year’s budget expected to focus on spurring growth following the contraction caused by the pandemic, the importance of urban spaces as engines of growth could not be stressed enough. “The forthcoming Budget provides a good opportunity to catalyse urban development and Smart Cities planning. With digital technologies being a core business imperative for companies, infrastructure supporting this digital transformation is in high demand,” points out Murugesan R., managing director of 3c3 India, a structured cabling manufacture company.

While Sitharaman is expected to allocate more money for smart cities and urban infrastructure (as this also meets the aim of infra spending which is crucial for growth to pick up), she could also look at schemes which will assure private players, especially real estate players, to loosen their purse strings and pitch in. After all, the inclusion of Tier 2 & 3 cities in the government’s Smart Cities programme had seen a direct increase in real estate rates in those places.

“The government is said to be mulling setting up development finance institutions (DFI) for long term funding of its infrastructure projects. This could aid in solving the funding problems and might bring the project back on track,” says Vijayasarathy.