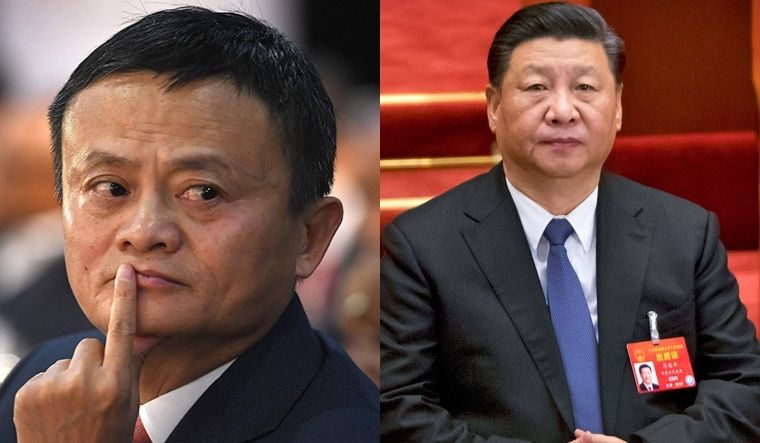 Alibaba-owned fintech company Ant Group was all geared up for a massive initial public offering (IPO) debut early this month. At $3 trillion worth of bids from individual investors across its dual listing in Hong Kong and Shanghai, the IPO was touted to become larger than India's GDP. It also was on its way to outshine the $29.4-billion listing of Saudi Aramco that holds the current world record in most valuable IPOs before the Xi Jinping government of China became the party pooper.

The world watched in disbelief as Jack Ma-controlled Ant group's initial public offering's march was halted by the Chinese government in its tracks. According to the official version, Ant Group’s $37-bn IPO has been frozen until it can comply with Chinese government regulations that went into effect on November 1, including fixing capital shortfalls.

It now emerges that Chinese President Xi Jinping had personally decided to pull the plug on Ant Group's public share sale,  the Wall Street Journal reported, citing Chinese officials with the knowledge of the matter. Notably, the Chinese government policy to halt the IPO came days after the fintech giant's billionaire founder Jack Ma launched a public attack on the country's financial watchdogs and banks.

According to the WSJ report, President Xi ordered Chinese regulators to investigate and effectively shut down Ant's stock market flotation.

On October 24, Ma had told a summit in Shanghai that the regulatory system was stifling innovation and must be reformed to fuel growth. The speech reportedly set off a chain of events that torpedoed the listing of Ant.

Soon after Ma's scathing speech, state regulators started compiling reports including one on how Ant had used digital financial products like Huabei, a virtual credit card service, to encourage poor and young people to build up debt.