Toyota to invest over Rs 2,000 crore on electrification of models in India 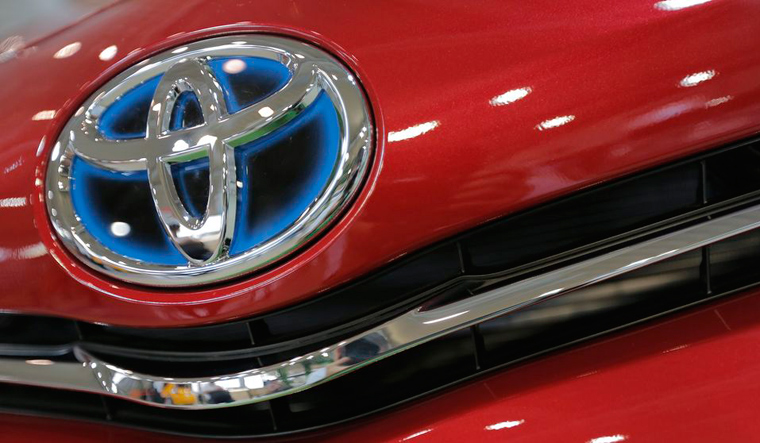 Toyota Kirloskar Motor Vice-Chairman Vikram Kirloskar on Tuesday confirmed that the company will invest over Rs 2,000 crore in the next 12 months, refuting a statement by a senior company official that it would stop further expansion in India due to high taxes.

In a separate statement, the company had earlier said that its priority would be to utilise its existing capacity in India which will take time.

In an interview to Bloomberg, TKM Vice-Chairman and whole-time director Shekar ViswanathanShekar had said the company would stop expanding in India ruling out future investments as the government keeps taxes on cars and motorbikes so high that companies find it difficult to build scale.

Reacting to the report Union Heavy Industries Minister Prakash Javadekar tweeted: "The news that Toyota Company will stop investing in India is incorrect. @vikramkirloskar has clarified that Toyota will invest more than Rs 2,000 crore in next 12 months".

Endorsing the minister's remark, Kirloskar tweeted: "Absolutely! We are investing 2000+ crore in electric components and technology for the domestic customer and export. We are committed to the future of India and will continue to put all effort in society, environment, skilling and technology."

Kirloskar also added that the company is seeing the demand increase and the market would recover slowly.

"The future of sustainable mobility is strong here in India and Toyota is proud to be part of this journey," he tweeted.

TKM rolls out Innova, Fortuner and Vellfire (imported as CBU) from the first plant, and Yaris and Camry Hybrid from its second facility.

The company has an installed capacity of 3.10 lakh units spread across two plants in Bidadi, near Bengaluru.

In the statement, the company said: "Our first step is to ensure full capacity utilisation of what we have created and this will take time."

The automaker continues to be committed to the Indian market and its operations in the country is an integral part of Toyota's global strategy, it added.

"We need to protect the jobs we have created and we will do everything possible to achieve this. Over our two decades of operations in India, we have worked tirelessly to build a strong competitive local supplier eco-system and develop strong capable human resources," the automaker said.

In wake of the slowdown that has been exaggerated by the COVID-19 impact, the auto industry has been requesting the Government for support to sustain industry through a viable tax structure, TKM noted.

"We remain confident that the Government will do everything possible to support industry and employment. We recognise the strong proactive efforts being made by the government to support various sectors of the economy and appreciate the fact that it is open to examine this issue despite the current challenging revenue situation," it added.

The company's recent partnership with Suzuki in India on sharing technology and best practices are also in support of the Make in India initiative and Indian government's policy, and aim to enhance the competitiveness of both companies, the company said.

TKM is a joint venture between the Japanese Toyota Motor Company and Kirloskar Group.

In March 2018, Toyota Motor Corp and Suzuki Motor Corp had concluded a basic agreement for supplying hybrid and other vehicles to each other in the Indian market.

As part of the arrangement, TKM already sources Baleno from Maruti Suzuki India and sells it as Glanza after making certain changes in design and features.

It is also set to launch a compact SUV Urban Cruiser based in Maruti's Vitara Brezza.