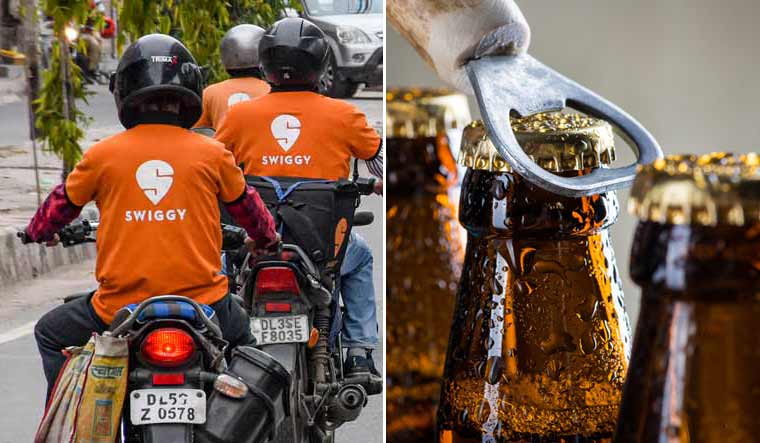 From restaurant food to groceries and now alcohol: Food delivery apps in India have just taken another step towards making sure their customers have no reason to leave home.

Swiggy users in Ranchi on Thursday will now be able to order alcohol to be delivered to their homes, via the ‘Wine Shops’ category on the Swiggy app. Similarly, Zomato is also launching alcohol delivery in the city, with plans to go live later in the day.

"With due permissions and licenses in place, we are starting home delivery of alcohol in Jharkhand. We will go live in Ranchi later today and seven other cities in Jharkhand over the next couple of days," Zomato said in a statement.

Zomato had earlier requested the government to allow it to use a “technology-enabled home delivery-based solution” that can promote “responsible consumption of alcohol”.

“A first for India, Swiggy launches home delivery for alcohol in a safe and responsible way, starting in Ranchi. We’re committed to delivering convenience while solving overcrowding at Stores and promoting social distancing,” Rath tweeted.

Swiggy, having launched the service in Jharkhand’s capital after receiving permission from the state government, plans to roll it out to other areas in the state within a week according to CNBC TV18.

The app will mandatory age verification and user authentication, requiring customers to upload a photo of a government id and a selfie for verification via an AI-powered system. In addition, deliveries per user would only be allowed up to the prescribed limits as given by the government.

The legal drinking age in India varies from state to state: In Jharkhand, it is 21; in Delhi, it is 25.

According to Reuters, Swiggy said they were in talks with multiple states to launch the service in more locations.

For many across India, the period since lockdown began on March 25 has been one without alcohol, as bars were closed across the country. When large parts of the country re-opened liquor shops, many places reported unruly crowds, lathi-charges and scuffles.

The move to deliver alcohol could help uplift revenues of both companies, coming as both companies announced layoffs over the last week.