Automakers have been requesting a GST-cut since 2018 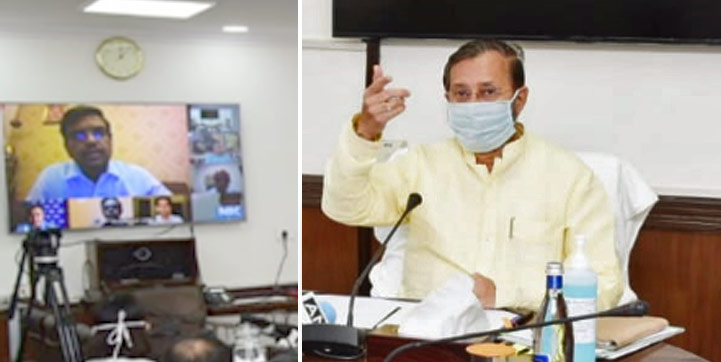 Auto industry leaders repeated their pleas for a GST-cut to tide over the expected further sales slump post-lockdown. The demands were made via a video webinar held on Thursday with Union Minister for Heavy Industries and Public Enterprises Prakash Javadekar to discuss steps to be taken to minimise the impact of COVID-19.

Though the meeting was ostensibly to discuss the effect of COVID-19 on the labour-intensive sector and look at ways and means to get production re-started, it did not stop the corporate honchos from pleading for a helpful hand from the government to revive the sector.

Beside the clamour for a GST-cut which the industry has been pleading for since sales started dropping from mid-2018, the demands included requests for support to the entire value chain extending from component manufacturers to dealers, employment support, boosting demand as well as financial assistance. Industry leaders also suggested the possibilities of allowing vehicle sales through the online route, if lockdown restrictions are set to continue for the time being.

Passenger vehicle sales had dropped by more than half in March, while the month of April is set to be a complete washout due to dealerships being shut due to the lockdown.

“The auto sector is a mass employer and contributes the maximum GST amongst all sectors…Last year, the industry suffered because of a planned migration from BS-IV to BS-VI compliant vehicles. This was one change which made the customers postpone their purchases,” remarked the minister after the meeting. He promised to discuss the demands with respective ministries like Transport, Commerce, Finance and other ministries concerned.

Automobile sales have been dropping steadily over the past one and half years, indicative of the economic slowdown that had gripped India’s economy—besides the migration to BS-VI and the drop due to lockdown, many of the automakers are now bracing for a further crash in sales figures once life limps back to normal.