Automobile sales bite the dust in March, but there’s worse in store

Every category showed a decline in production, sales, and exports in March 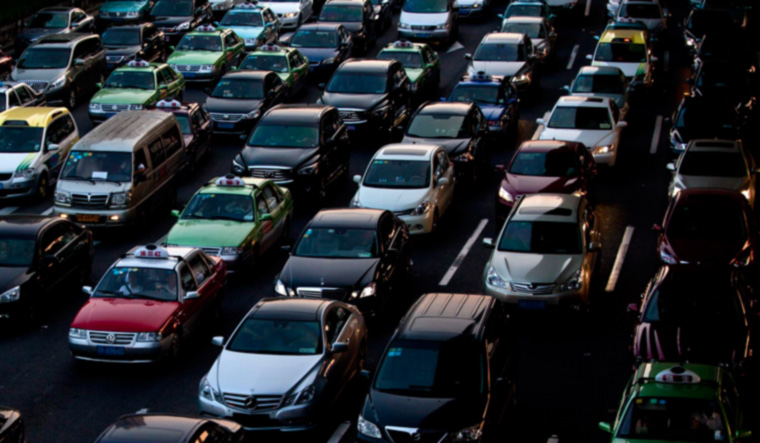 Even a few weeks ago, the biggest concern going for India’s auto makers was the possible hit the already low sales would take due to the introduction of BS 6, which meant prices going up for the new, more fuel-efficient engines which had to be developed to confirm to the new emission norms. Then, the coronavirus pandemic and the subsequent lockdown came out of nowhere and obliterated everything else.

Official sales figures released Monday afternoon show a massive drop all over - passenger vehicles dropped by 51%, two-wheelers by nearly 40%, and even worse, commercial vehicles, an indicator of a nation’s economic vibrancy, down by a whopping 88%.

When it (misery) rains, it pours. With lockdown set to be extended, April will be even worse.

“The month of March was one of the most challenging months for the Auto sector,” remarked Rajan Wadhera, president of the Society of Indian Automobile Manufacturers (SIAM), while releasing the figures. “The industry was already reeling under severe de-growth and the pressure of disrupted supply chain, which was followed by a majority of the auto companies announcing a shutdown of their manufacturing units in the last week,” he added. “As revenues took a severe hit, OEMs struggled on meeting fixed cost and working capital requirements,” Wadhera pointed out.

As March figures show, every category showed a decline in production, sales, and exports — save utility vehicles exports going up by 8%. The only solace in an otherwise gloomy scenario, which is set to get darker this month.

The overall decline for the industry in financial year 2019-20 was nearly 15%, with commercial vehicles segment the worst affected at nearly 29%. Passenger vehicles fell 18% in FY19-20

Even before the official announcement, it was clear that it would be a flop show, as most of March was spent under the shadow of increasing restrictions on businesses by various administrations, culminating in a nationwide lockdown from March 24th midnight which saw all the auto manufacturers in the country suspend production (Some, like Mahindra & Mahindra, branched out into making ventilators urgently needed to fight COVID-19). Maruti Suzuki and Hyundai, the two biggest passenger car makers in India both reported a 47% fall in sales. While Mahindra & Mahindra posted a drop of 88% drop, Tata Motors’ passenger vehicle sales did better at 68%, compared to its core truck and bus sales which plummeted 87%.

Of course, while the year-on-year comparison may not be fair considering that production and sales were both affected by the ‘black swan’ event of corona, the prospects for April seem mighty scary. The entire month could be a washout once lockdown gets extended till the end of the month, even if there are ban on factory operations are lifted. Already, there are reports of hundreds of vehicle dealerships shutting down. “Whether there will be a demand among consumers also has to be seen,” Rajeev Chaba, president and managing director of MG Motors India, had pointed out in an interview to THE WEEK a few days ago.