Facebook announces 5.7 billion dollar stake in Reliance Jio. What next? 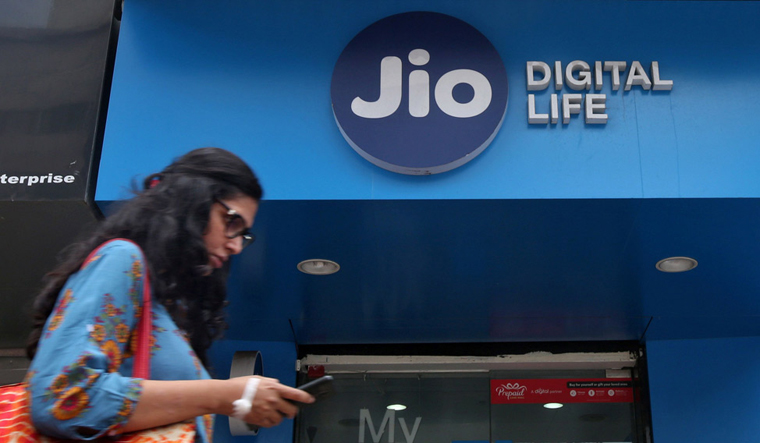 Facebook on Wednesday announced an investment of $5.7 billion (Rs 43,574 crore) for acquiring a minority stake in Mukesh Ambani-helmed Jio Platforms Ltd, in a move to expand its footsteps in the world's largest market in terms of subscriber base. "Today, we are announcing a $5.7 billion, or Rs 43,574 crore, investment in Jio Platforms Limited, part of Reliance Industries Limited, making Facebook its largest minority shareholder," the company said in a statement.

Talks of the same have been around for a while now. Reports in March claimed the two sides were close to signing a preliminary deal. However, the negotiations stalled following the COVID-19 outbreak and the travel bans imposed around the world.

Match made in heaven

From the outside, it seems like a match made in heaven. By all estimates, Facebook has 300 million users in India and its messaging application WhatsApp has over 400 million. In the September quarter of 2019, Facebook had managed to touch 9 per cent growth rate largely thanks to emerging markets such as India and Indonesia. In addition, the company is close to launching WhatsApp pay, a UPI-based in-chat payment feature.

Jio, as of January 2020, became the largest telecom operator number in India by both subscriber base as well as revenue market share. According to data available with Telecom Regulatory Authority of India (TRAI), Jio added 5.6 million mobile subscribers in the month of November 2019, bringing the sum total of users to 369.93 million, dethroning Vodafone Idea Ltd as the largest network. Jio, according to the data, holds a 32.04 per cent share in the more than 1.15-billion-user Indian mobile services market.

Reliance Jio made a big bang entry into India’s telecom industry over three years ago, ushering in its 4G VOLTE services with massive discounts and cuts in tarrifs. In 2019, Jio had launched a digital literacy initiative ‘Digital Udaan’ in partnership with Facebook for first-time internet users. India is now the second largest smartphone market in the world with 158 million shipments in 2019, and Facebook itself acknowledged Reliance Jio's impact on its fortunes in India.

In 2017, Facebook credited Jio's big bang cuts in data tarrifs, terming India as its "strongest growth market" in the fourth quarter; "Third-party promotional free data plans in geographies like India were clearly having an impact in Asia Pacific," the company said. "Particularly in the fourth quarter wanted to call out that we've seen an increase in third party promotional free data plans in places like India. So that clearly is having an impact in Asia Pacific and India was our strongest growth market. So that would be something that I would say was a little bit more unique the past quarter," Facebook Chief Financial Officer David Wehner had then said.

Facebook will no doubt be looking to leverage Reliance Jio's presence in the Indian rural ecosystem. A week back, an Economic Times report had claimed that Facebook, along with Reliance Industries, is planning a multi-purpose super-app similar to the Chinese WeChat, made possible by the WhatsApp user base in India.

It is expected that the application will evolve into a multi-dimensional platform which providers users Instant Messaging (IM) capabilities, along with connecting them to Reliance-owned services like Reliance Fresh, Reliance Retail, fashion and apparels at ajio.com, enabling them to use Jio Money for payments. "The idea is along the lines of WeChat where users can converse, undertake digital payments, play games and also book flights and hotels," according to Financial Express. Reportedly, Morgan Stanley is the investment banker. This will help Reliance bring all its platforms to a direct connect with customers.

Reliance Industries (RIL) in October had announced to set up a new subsidiary to bring all its digital initiatives and apps under a single entity, and infuse Rs 1.08 lakh crore equity into this new unit, PTI had reported. Jio apps like JioTV, JioCinema, JioNews etc are to be brought under this new entity in a move to consolidate digital platforms into an elegant capital structure to increase the attractiveness and simplify the structure for possible strategic investors On March 18, RIL took over some of the debt of Reliance Jio but the company neither disclosed financial details of the transaction nor the names of creditors.

Facebook had, for the past many years, made numerous attempts to cash in on the promising internet market in India, many of which fell flat. Take its Free Basics programme in 2016. It aimed at providing basic Internet access to people in partnership with telecom operators. But, there was a hue and cry after claims that the scheme violated the idea of net neutrality by incentivising people to prefer certain services over the other. The subsequent ban by the TRAI had upset the social media giant.

Facebook tried its luck again with Express WiFi—a programme that allows customers to purchase low-cost data packages from their local service provider to provide fast internet through local hotspots. With it, Facebook offered low-cost access to internet. Users could buy data packs from their providers for as low as Rs 10. Facebook provided software that helped local internet service providers and entrepreneurs sell and provide internet service in rural areas, which can be accessed via public Wi-Fi hotspots. Partnering with local service providers gave Facebook a chance to venture into remote areas of the country, which it otherwise could not have.

While the results from the previous trysts are not very well quantifiable, its investment in Jio could just be what the doctor ordered.