With the encouraging results, Apple has more reasons to further explore India market 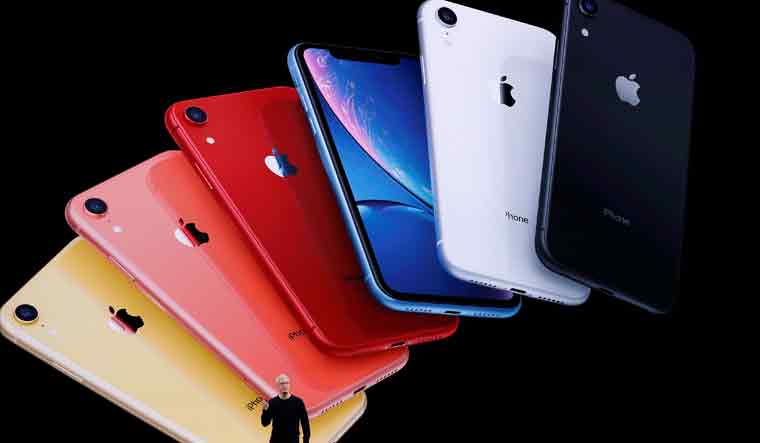 [File] CEO Tim Cook presents the new iPhone 11 at an Apple event at their headquarters in Cupertino, California in the U.S. | Reuters

Apple's financial results for the first quarter of the financial year 2020 surpassed its own estimates, thanks to double digit growth it witnessed in emerging markets such as India, Brazil and mainland China, among others, between October and December 2019. "We had double-digit growth in many developed markets, including the United States (US), the United Kingdom (UK), France, and Singapore, and also grew double digits in emerging markets led by strong performances in Brazil, mainland China, India, Thailand, and Turkey,” Apple CEO Tim Cook said while announcing the first quarter numbers.

The Cupertino, California-based firm posted quarterly revenue of $91.8 billion, an increase of 9 per cent from the year-ago quarter and an all-time record, for the quarter ended December 28, 2019. International sales accounted for 61 per cent of the quarter’s revenue, the company informed.

The high growth was fuelled by strong demand for iPhone 11 and iPhone 11 Pro models, and all-time records for its services and wearables. The Mac and iPad categories saw a slight decline in overall sales. However, that's where the emerging markets come to Apple's aide. “For iPad, we saw growth in key emerging markets like Mexico, India, Turkey, Poland, Thailand, Malaysia, the Philippines, and Vietnam,” Cook said.

While Apple does not share its country-wise sales numbers, the Rest of Asia Pacific category, of which India is a part of, saw increased sales of $7.3 billion in the quarter, compared with just less than $7 billion the year before.

The results show that Apple has bucked the trend from last year when it witnessed a dip in iPhone sales globally, with India being no exception.

Apple has shown more focus in the Indian market last year, with special pricing, promotions and e-commerce push. Greenshoots from this reversal of trend were showing in the quarter ended June 2019 when sales growth of iPhones picked up in India.

Currently, Apple has around 2 per cent share of the overall Indian smartphone market. However, it was one of the fastest-growing brands in the October-December quarter of last year. Apple sells through online partners such as Amazon, Flipkart and Paytm Mall in India.

With the encouraging results, Apple, which started its second manufacturing line in India through contract manufacturer Foxconn and exports from the country, has more reasons to go all out in the India market. The company, which was looking to launch its online in India in the January-March quarter has now deferred it to the August-September quarter. Reportedly, Apple is still working on its logistics of setting up the store in India. Also, it is expected that CEO Cook will visit India between July and September this year.

In addition, the company’s first official physical store in India, which will be situated in Mumbai, is also likely to get delayed owing to logistics, and is unlikely to be ready by this year.