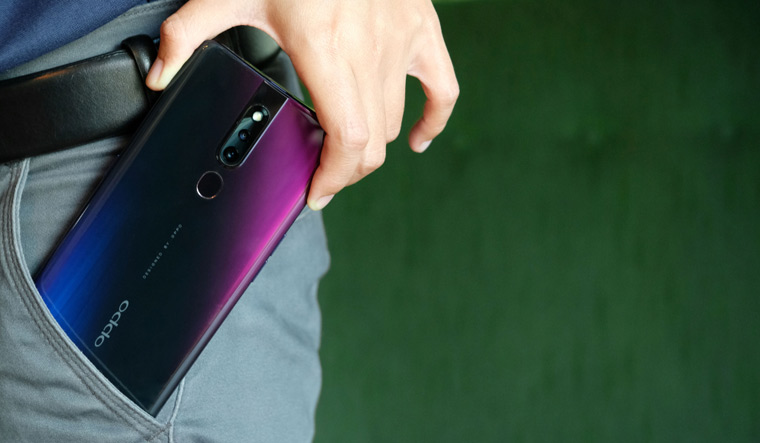 Indian smartphone market surpassed the US for the first time on an annual level with shipment of 158 million units in 2019, according to Counterpoint Research.

With this India has become the second largest smartphone market globally, Counterpoint said in a statement. Smartphone shipment grew 7 per cent in 2019 over the previous year, it added. "This is due to the growth of the mid-tier segment where Chinese brands aggressively introduced many flagship-grade features and capabilities to capture demand coming from users looking to upgrade from their first or second smartphone," Counterpoint said.

Additionally, the online channels became the preferred selling platforms to introduce these products faster into the market, it added.

"Although the rate of growth for the smartphone market was only single digit for the first time on an annual basis, India is underpenetrated relative to many other markets; 4G penetration among subscribers being around 55 per cent," Counterpoint Research Associate Director Tarun Pathak said.

Going forward, this demand is expected to grow further due to the ongoing transition from feature phones to smartphones and progressive diffusion of key smartphone features to the entry-level price tier as a result of hyper-competition among multiple players, he added.

In the the fourth quarter of 2019, the pecking order changed with vivo overtaking Samsung and moving to the second spot. In the December quarter, Xiaomi continued to hold the numero uno position, followed by vivo, Samsung, Oppo and realme.

Anshika Jain, Research Analyst at Counterpoint Research said Chinese brands' share hit a record 72 per cent for 2019 compared to 60 per cent a year ago. "During 2019, we have seen all major Chinese players expanding their footprint in offline and online channels to gain market share," she added.

She cited examples of Xiaomi, realme, and OnePlus that have increased their offline points of sale, while brands like Vivo have expanded their online reach with Z and U series.

Apple was one of the fastest-growing brands in the fourth quarter, driven by multiple price cuts on its XR device, thanks to local manufacturing in India, Counterpoint said. "Additionally, 2019 saw the fastest rollout of Apple's new iPhones (11 series) in India, with aggressive pricing and a good channel strategy. In fact, the new series especially iPhone 11 was introduced at a lower price point than the last year's iPhone XR launch. This has helped to gain share during the festive season and in its launch quarter in India," it added.

The feature phone market saw a steep decline of around 42 per cent year-on-year in 2019 and 38 per cent y-o-y in the fourth quarter.

This is due to a slowdown in new shipments from Reliance Jio, Counterpoint said. However, the players such as itel, Lava, Nokia and Micromax registered positive annual growth despite the overall segment decline, it added.

Itel emerged as the number one feature phone brand in the December quarter, followed by Samsung and Lava.