Glimpses 2019: From record highs, the stock market outlook is moderate in 2020 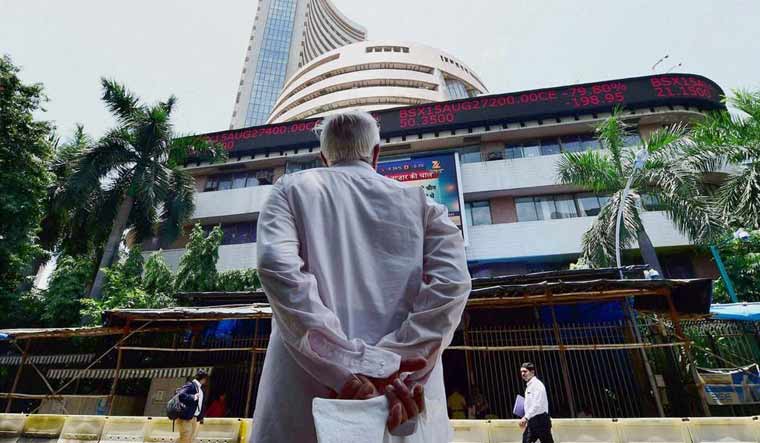 It has been a volatile year for equity markets, but more so, it has been a year when the market capitalisation gap between largecap and smaller caps widened to an almost two-decade high. Even as the benchmark Sensex and Nifty 50 hit record highs and grabbed headlines, the midcap and smallcap indices disappointed investors with a year of negative returns.

Time to rejoice then?  Not if you were heavily invested in smallcaps and midcaps. The BSE MidCap index is down 3 per cent this year, while the SmallCap Index fared even worse, declining by over 7 per cent.

The rally in the large-caps was also driven by momentum in select stocks, like Reliance Industries, which topped Rs 10 lakh crore in market capitalisation.

Through the year, uninspiring growth in corporate earnings set against the wider economic slowdown weighed on stock performance. India’s economic growth slipped to 4.5 per cent in the July-September quarter and that had a bearing on sectors like automobiles, where sales remained in the slow lane through the year.

The BSE Auto index was down 11 per cent for the year, as top automakers failed to perk up demand.

Telecom companies, bruised by the intense price war, reported record losses last quarter to account for the adjusted gross revenue they need to pay to the government, after losing the case in the Supreme Court. Shares of Vodafone Idea are down 73 per cent for the year, on concerns over whether the company can survive without support from the government. Bharti Airtel, on the other hand, gained 60 per cent, as it is expected to benefit from the tariff increases and the troubles at Vodafone Idea.

Fast-moving consumer goods companies also saw their volume growth slow sharply through the year, which reflected on stock prices—the FMCG index is down over 3 per cent in 2019. However, Hindustan Unilever, the country’s largest consumer goods maker, still gained more than 6 per cent as investors flocked to the safety of a few large-quality stocks.

As such, it was a good year for many lenders, including the state-owned banks as the huge mountain of bad loans seemed to be reducing, as big-ticket insolvency cases like Essar Steel were resolved.

Looking ahead, even as a sharp economic recovery looks some time away, corporate earnings—a key barometer for equity markets—seem to be turning around, helped by the corporate tax cuts announced by the government.

“In a significant departure from recent trends, corporate earnings in the listed space have seen more beats than misses during Q2 FY20 (146 beats; 117 misses and 57 neutral), while the forward earnings of the Nifty 50 index for FY21 and FY22 have seen marginal upgrades,” pointed Vinod Karki, vice-president, strategy at ICICI Securities.

Trade tensions also seem to be ebbing with US and China inching closer to a deal, and Boris Johnson’s emphatic victory in the UK general elections have raised the probability of Britain’s orderly exit from the European Union.

However, a sharp run-up in equities since August may have priced in some of the positives and, in turn, reduced expectations for 2020, said Karki.

Jitendra Gohil, head of India equity research at investment bank Credit Suisse, also feels return expectations should be moderate as we enter into 2020. However, given the economic challenges, the government could fast track its reforms agenda and that could have a bearing on stocks.

India has become an even more structurally attractive destination for foreign investors with the reduction in corporate taxes, improvements in the ease of doing business, the potential privatisation of PSUs, strengthening of the insolvency and bankruptcy code and real estate regulations, which is positive for listed companies, he said.

Not surprisingly, foreign portfolio investors, pumped in over Rs 1 lakh crore in India’s equity markets in 2019, compared with outflows of Rs 33,000 crore in 2018.

Domestic money also continued to flow into equity markets via systematic investment plans (SIP) of mutual funds. SIP assets under management hit an all-time high of Rs 3.12 lakh crore in November, according to data from the Association of Mutual Funds of India.

The volatile stock markets and the economic downturn had a bearing on the primary markets. In 2019, there were only 16 main-board initial public offerings (IPO), which collectively raised Rs 12,362 crore. In comparison, there were 24 IPOs in 2018, with total fundraising of Rs 30,959 crore, according to Prime Database.

Some of the IPOs this year saw a blockbuster listing. IRCTC (Indian Railways Catering and Tourism Corp) gave a stupendous return of over 128 per cent, while CSB Bank and Ujjivan Small Finance Bank gained more than 50 per cent.

Pranav Haldea, managing director of Prime Database, feels the recent buoyancy in secondary markets and the listing performance of IPOs in the last few months have provided some impetus to the primary market.

Analysts feel that investors should continue to focus on investing in quality stocks, ones that will have strong management and earnings potential in 2020.

“In this environment of slower growth with deteriorating consumption and a weakening investment outlook, we prefer companies with a solid balance sheet, which are investing in capacity and gaining market share locally as well as globally,” said Gohil of Credit Suisse.

The investment bank likes private banks, chemicals, IT and selected non-banking finance companies (NBFCs) that are linked to the revival in rural growth.

“Absolute returns, at high single-digit, for Nifty 50 during calendar 2020 are constrained by the sharp run-up in stocks during Q4 of calendar 2019 so far, thereby stretching equity valuations,” said Karki.