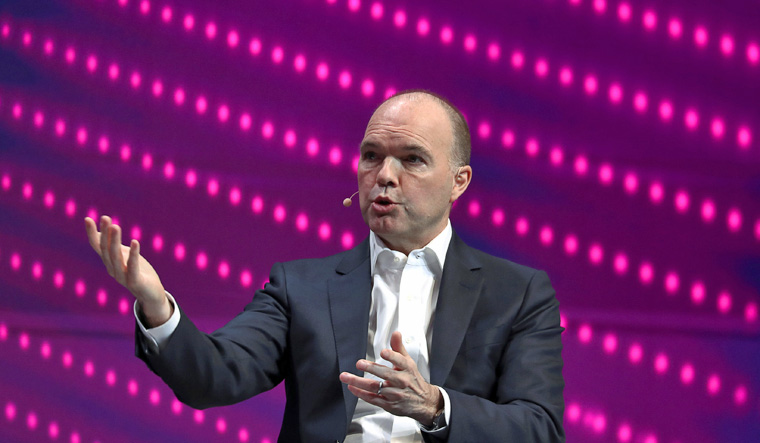 With the recent ruling by the Supreme Court taking a heavy toll on its accounts, the chief executive of UK-based Vodafone Group has pledged not to divert more group funds to its Indian business. According to various British media reports, Vodafone Group CEO Nick Read has conveyed to Indian authorities that it will not provide more capital for its India business unless there are provisions allowing it to compete with Mukesh Ambani's Reliance Jio. He added that the country effectively contributed zero value to the company’s share price.

The warning to the Central government comes in the backdrop of the Supreme Court verdict in October ordering Airtel, Vodafone Idea and other telecom operators, except Reliance Jio, to pay the government a whopping Rs 1.4 lakh crore.“Financially there’s been a heavy burden through unsupportive regulation, excessive taxes and on top of that we got the negative supreme court decision,” Read said on Tuesday. The company said its liability "appears to be at least 3.7 billion euros, but could be substantially higher."

Announcing the company's half-yearly results, Read termed India's investment strategy as "well placed", but added that the situation has been financially "a negative burden". He further added that it was a "critical situation", noting that the group "needs supportive regulatory environment and sustainable pricing in India".

The apex court ruling has posed an unprecedented burden on Vodafone Group as the company reported a loss worth $2 billion in its report for the six-month quarter ending on September 30. In addition, the shares of Vodafone Group have lost more than two-thirds of their value since May. According to Bloomberg, this is likely to result in Vodafone Group writing down its 45 per cent stake in Vodafone Idea Ltd. to around 600 million euros from 1.6 billion euros in May.

Vodafone Idea will present the financial results of the company for the second quarter and half year ended September 30 on Thursday. With 300 million subscribers, India remains a sizable market where Vodafone had a 30 per cent share.