Uber's first tie-up with public transit in Asia; 210 stations to be part of pilot 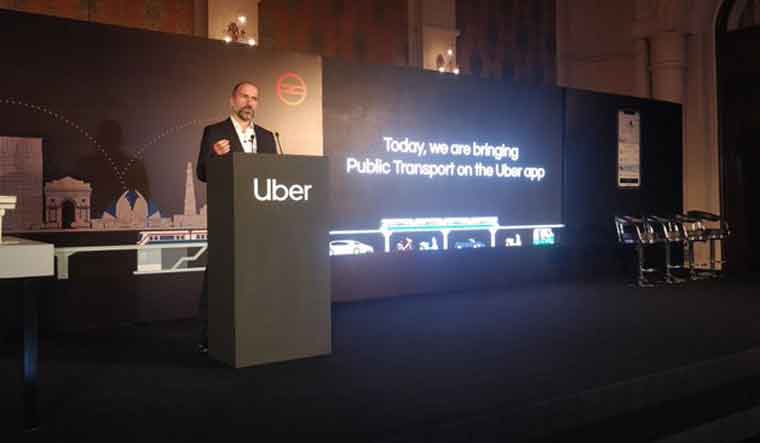 You will soon be able to book your metro ride in the national capital on your Uber app. This is as per a combined mobility solution plan being worked out between the cab aggregator giant and Delhi Metro announced on Tuesday. “We want to replace your car with your phone,” said Dara Khosrowshahi, Uber CEO who is on a rare visit to India.

“If this comes true, life of everyone in Delhi will be so easy,” exulted Delhi Metro managing director Mangu Singh, “The first and last mile connectivity has been an issue and now this service will provide an integrated solution.”

As per the new system, 210 stations of Delhi Metro will be part of the pilot project, with designated space for Uber cabs and kiosks. The national capital becomes the first city in Asia where Uber has gone in for a tie-up with public transit, till now available nine other cities around the world like Boston and Sydney.

The idea also ties in with Uber’s data that shows that in corporate hubs like Gurugram (Gurgaon), more than 25 per cent of Uber rides start or end at a metro station. When the service goes active, users will get information on public transport, including metro routes and schedules. The information can also include bus routes, but is primarily aimed at linking the user to the nearest metro station as well as the best route to get to your destination.

The eventual plan, according to Uber South Asia president Pradeep Parameswaran, is to have a common mobility card activated through a phone QR code which helps the user to book across modes, from Metro to choice of mobility from shared cabs to autos and two-wheeler taxis.

As of now, the service will not be available on Delhi Metro’s smart card, though Singh said it will happen "eventually".

Of the 1,800-km of metro that is operational or under construction around the country, 344 kms is in Delhi-NCR alone. However, last mile connectivity has been an issue in many places.