Hailing from a family of economists, Banerjee brings the fourth Nobel to Kolkata 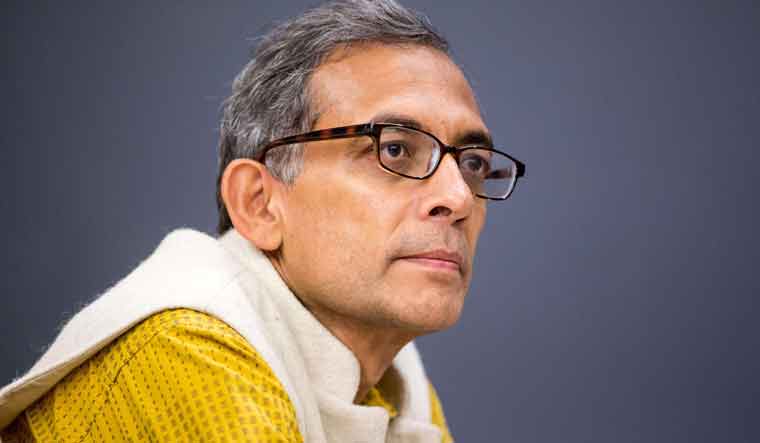 Though not a child of poverty, Nobel laureate Abhijit Vinayak Banerjee's research was focused on finding ways to alleviate poverty. A team of three, led by the Kolkata boy and comprising his wife Esther Duflo and Michael Kremer, was on Monday declared the winners of the Nobel prize in Economics "for their experimental approach to alleviating global poverty".

Abhijit's win brings the second nobel prize in economics to his alma mater—Kolkata's famous Presidency College (now a university), while the city of joy receives its fourth, after Rabindranath Tagore, Mother Teresa and Amartya Sen.

Born in Dhule in Maharashtra, Abhijit is the first child of his parents—Deepak and Nirmala Banerjee. Both Deepak and Nirmala were professors of economics. While Deepak was a professor at Presidency College in Kolkata, Nirmala was a professor at Centre for Studies in Social Sciences Calcutta. “Yes, I know about his studies, which has been going on for years. But not all I could understand. This is because the mathematics used to solve such theory was beyond my capacity," says a proud Nirmala at her Kolkata residence. The Banerjees belong to an affluent family in Kolkata.

The meaning of Abhijit's name translates to "winner". And, indeed a winner he was all through his studies and academic career. Abhijit, who came to Kolkata during his early years, was enrolled at the city's South Point School. After completing his school, he chose the path of his parents and took up economics honours at Presidency College in the 1980s. Upon completion of his graduation in flying colours, Abhijit went on to pursue masters in economics from Delhi's Jawaharlal Nehru University (JNU) in 1983. He then flew to Harvard to pursue information economics before completing his Ph.D in development economics.

Fifty eight-year-old Banerjee taught at Harvard University and Princeton University before moving in as the Ford Foundation International Professor of Economics at MIT. Meanwhile, he married his childhood sweetheart Arundhati Tuli Banerjee, who also became a professor at MIT. Both had a son named Kabir Banerjee who died young. The couple later got divorced.

It was not long before he married his teammate Duflo, a French-American economist, in 2015. The couple, along with Sendhil Mullainathan, founded the Abdul Latif Jameel poverty action lab or J-Pal , spearheading research to find solutions to poverty alleviation in South Asian, African and Latin American countries. Abhijit continues to be a director at J-Pal.

The economist has penned many books, including Poor Economics: A Radical Rethinking of the Way to Fight Global Poverty, which he co-authored with his fellow Nobel laureate and wife Esther Duflo, and published in 2012. It throws light into the need to understand the lives of the poor before addressing their needs. His next book—Good Economics for Hard Times—again co-authored with Duflo, is slated for a November release.

Abhijit's research, which began in 1995, covers topics like understanding the reasons why a child, who has access to school education, but would be starving at home. He also tries to find answers as to how a man could not have money to eat, but owns a mobile phone. Abhijit discourages the theory that mere government allocations would alone eradicate poverty across the globe.

In fact, through his studies of economies such as India, Ghana and Chile, Abhijit was able to produce countless examples where government allocations could not do much to improve poverty.

He highlighted how malaria and other similar vector-borne diseases made people poorer. He proposes that controlling diseases through selective use of public spending for the needy could significantly reduce poverty and lead to massive economic upliftment. Abhijit's theories are similar to those of Nobel laureate Amartya Sen, who is also a development economist.

(With inputs from Vasudeva Bhattathiri)