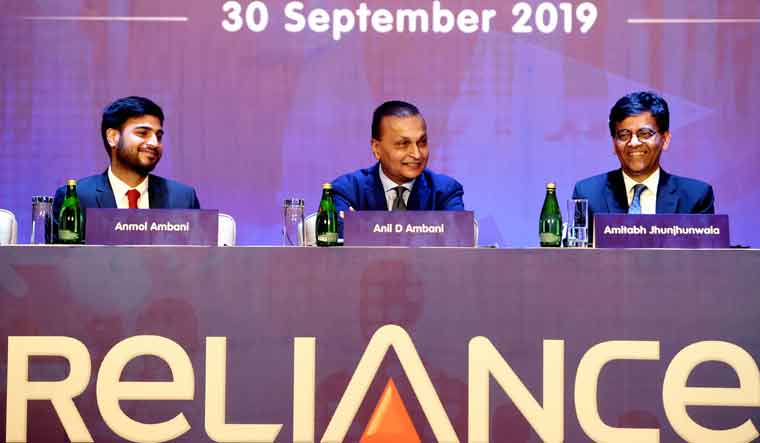 Reliance Infrastructure (RInfra), which is sitting on a debt of Rs 6,000 crore, is on track to reduce leverage even further as it focuses to be an asset-and capital-light entity, the company said on Monday.

Addressing the shareholders at the AGM, chairman Anil Ambani also said the group's defence businesses will also follow an asset- and capital-light model. "Our intent is to reduce the debt further. At present we are have around Rs 6,000 crore of debt but with a large networth," the RInfra chairman said, adding the will focus on the domestic market and take up more complex infrastructure and transportation projects.

"We hope to become one of the top five defence companies among the private players in the country, serving the needs of self-reliance and technological advancement and becoming a global supplier. Our defence business in partnership with global leaders will ensure optimum utilisation," he said.

He further said the four business verticals including roads, metro, energy and airport are fully funded. "Going forward, both the growth engines of E&C and defence businesses will remain asset and capital light without the need for any further large capital infusion," he said.

The company has its presence in the defence business through two of its joint ventures with French firms Dassault Aviation and Thales. "Both these joint ventures are operational and the factories are located at Mihan in Nagpur. Both are exporting high technology and high-value products to global markets in both civil as well as defence and aerospace area," he said.

Sounding bullish on the infrastructure space, given an outlay of Rs 100 lakh crore over the next five years, he said the country's infrastructure needs are very vast.

The government has announced Rs 100 lakh crore investment in infrastructure over the next five years and RInfra will participate in these large scale opportunities and projects which are complex, he said.

The company has bagged a few large orders, including the Rs 7,000 crore Versova-Bandra Sealink project and a few metro projects in the megapolis.

On the Delhi Metro arbitration award, which is around Rs 5,000 crore, he said, the company had already won the case five years ago and is still waiting to receive the amount.

The transaction of the proposed sale of Delhi-Agra toll roadway, which is expected to fetch RInfra Rs 3,600 crore, is likely to be closed in the next few weeks, he said.