OPINION: Tech determinism has cost us our individual assertion

In a data driven economy, individual sovereignty withers away 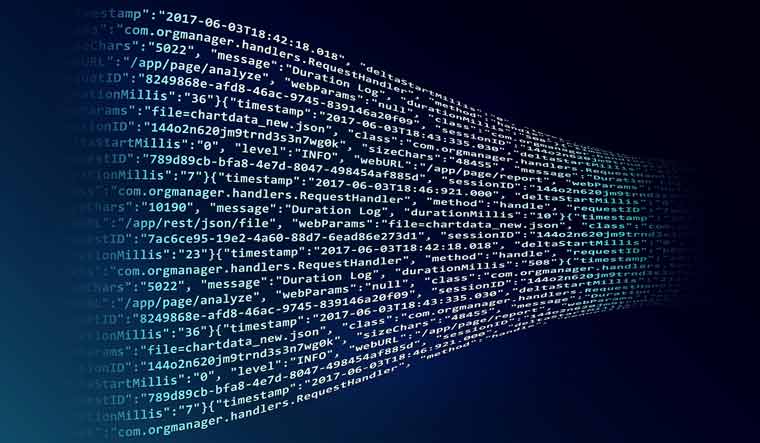 During the 1970s, Roy Amara, a Stanford University computer scientist and head of the Institute for the Future, coined a law which stated that “we tend to overestimate the impact of a new technology in the short run, but we underestimate it in the long run.”

No less that Paul Krugman, the Nobel prize-winning economist, wrote in 1998 that “..by 2005 or so, it will become clear that the internet’s impact on the economy has been no greater than the fax machine’s … as the rate of technological change in computing slows, the number of jobs for IT specialists will decelerate, then actually turn down; ten years from now, the phrase ‘information economy’ will sound silly.”

Perhaps there has never been a better time than now to be alarmed into rightly reversing the law and overestimating the mammoth changes that are afoot in the long term future. Because the future can be seen, now.

Of course, ever since the start of civilisation, we have seen that tomorrow is always shaped by technological change. But in the future we see now, we shall be making such fundamental changes that economic and social life will mutate to unrecognizable forms.

This has been called “technological determinism”.

The most manifest form of this angst has been evidenced by the manipulation of and addiction to social media. But the underlying substrate is this uninterrupted flow and pooling of data. In every instant and across all dimensions, our lives are in the vice-like grip of data-feeding commercial engines. Real-time analytics and data-linked personalisation have made us transparent to those who know. The future of this digital omniscience is unknown to even those who are planning for it.

As of now, tech rejection is a social rebellion and a somewhat political stance. It was also so for those who, in early 19th century England, were still coming to terms with the Industrial Revolution; the ‘Luddites’ and ‘Swing’ rioters militating against textile and agricultural machinery.

Experts predict that at least a quarter of current world economy ‘standard jobs’ will simply disappear over the next two decades. Skill learning and unlearning will become a pre-requisite to economic survival. Even fixed wage full-time employment will be seen as something of the past

There are fundamental social and business concerns in environment, prosperity, health and education, where technological change will help us be better and build healthier happier lives together on our shrinking planet — but this could be horribly misplaced optimism.

Shosana Zuboff of the Harvard Business School claims in her latest book, The Age of Surveillance Capitalism, that the digital dream has soured into full-fledged “surveillance capitalism”, which “unilaterally claims human experience as free raw material for translation into behavioural data.”

The data tributaries flow into an ocean of possibilities and predictive actions. We are nudged, coaxed, tuned, and herded towards behaviours that have profitable outcomes.

This is a fundamental and existential shift.

In the so-called IoT or Internet of Things, everything is connected: Everything leaves a data trail. It is recognized, analysed and monetised.

We don’t own our data, but our data fetches tens of billions of dollars for giant digital players. Forget the moral dimension, let’s only ask the commercial question: Who will share the piggy bank?

In a data-driven economy, individual sovereignty withers away. For Google, Facebook, Amazon and Apple the value of everything we do is to make us “predictable”.

China plans to rank all its citizens based on "social credit" by 2020. People can be rewarded or punished according to their scores. Like private financial credit scores, a person's social scores can move up and down according to their behaviour. The ridiculous degrees to which rewards and punishments have been detailed and carried out in a pilot numbering millions of impacted citizens is mind-boggling. It will affect ‘good’ and ‘bad’ citizens in travel, tax, hotel stay, job prospects, dating, housing, internet speeds, interest rates and utility charges, amongst hundreds of things

Granted, this is the work of a totalitarian state but what allows the Chinese state apparatus to do this is technological advancement. Human Rights Watch described it as ‘chilling’ whilst Rachel Botsman, a lecturer at the Oxford Said Business School, defined it as big brother run amok.

That is determinism and it is exactly the same thing whether it is ‘coercive and state dictated’ or ‘commercial and (seemingly) optional’.

Even when there is an illusion of choice, we are like kids before a magician, any card we pull will be a known card.