These music festivals are setting the stage for green practices

These allow guests to immerse themselves in nature, and tune into their surroundings 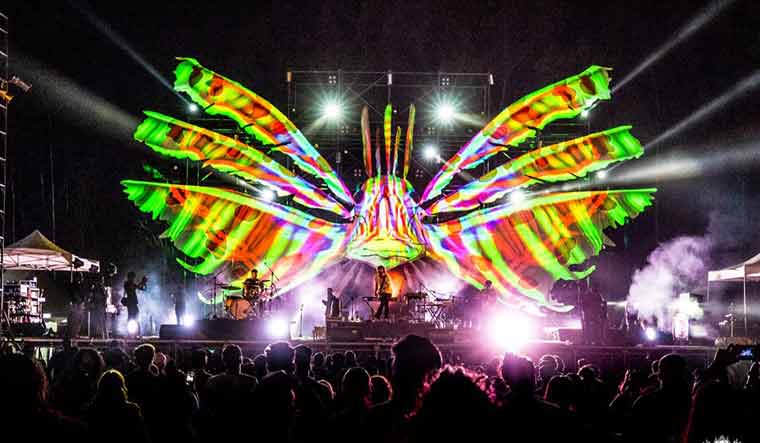 With numerous exciting music and arts festivals being conducted year-round, it is not easy for these events to stand out and be taken note of. A few music festivals in recent times, however, are thinking out of the box—taking to unique initiatives that revolve around sustainability and waste management that are very much the need of the hour.

The Bonnaroo Music and Arts Festival, that takes place annually in Manchester, Tennessee in the United States, positively outdid itself this year. With Post Malone, Childish Gambino, Bishop Briggs, The Lumineers and India’s very own Anoushka Shankar having been included in the 2019 grand line-up, it was definitely an event many looked forward to. From June 13 to 16, festival-goers, in addition to seeing their favourite artists live, were provided with the chance to participate in several activities such as a Pride parade (in honour of Pride Month) along with other themed parades, yoga classes, costumed races, as well as the opportunity to rest their tired feet at their pick of numerous relaxation stations.

2019 fountain art by @oliverherbert jump on in and keep cool! + The 2019 arch is looking a LOT BIGGER 🌈 . . 📸: @nathanzucker & @brianhensleyphotography

Bonnaroo, originally introduced in 2002, has become a haven for music enthusiasts who crave a few days of relaxation and fun. Though it took time, the festival has managed to find its own place among the crowd – to bring in initiatives that set itself apart from its competition. And one of these initiatives is to promote environmentally conscious behaviour among its festival-goers and to organise sustainability drives within the venue of the event.

The Clean Vibes’ Trading Post they set up allowed attendees to exchange the bottles and cans they collected for festival gear, camping essentials, T-shirts and other commodities thereby reducing waste and also leaving the customers happy with their purchases. Those inside the venue were further encouraged to sort out their trash and do away with them in garbage bins that are marked with ‘Recycle’, ‘Landfill’ and ‘Compost’ for the ease of users. In addition to this, they were urged to refill their water bottles instead of throwing them away after a one-time use.

Bonnaroo, in a bid to make people self-sufficient, provided guests with the opportunity to learn how to grow their own food at the Learning Garden where they were privy to hands-on training from farmers and volunteers. The festival had also teamed up with several organisations like 4ocean, Rael, Uber and Bacardi as well as Non-Profits like Eat for Equity, Headcount, One, Oxfam and many more. One dollar from every ticket purchased went towards sponsoring their green initiatives.

Another one of its kind, the Firefly Music Festival, which began in 2012, will take place at The Woodlands of Dover International Speedway in Dover, Delaware in the US. The festival, which is set to span over three days starting June 21, includes artists like Panic! at the Disco, Zedd, Kygo, Travis Scott, Gucci Mane and X Ambassadors among other notable musicians. Fans will be allowed early entry from June 20, with areas available for them to set up tents in The Woodlands. For people who are not avid fans of the outdoors, they have partnered up with Hotels for Hope to provide hotel accommodations in and around the city, and in doing so to donate $2 per room to non-profit organisations.

#Firefly2019 is teaming up with @ConsciousAlliance to host a food drive to benefit the local community. Donate 20 non-perishable food items or make a suggested monetary donation and receive this limited edition poster! And before leaving the campgrounds, be sure to drop any non-perishable food items at the Conscious Alliance 'Art That Feeds' Gallery located in the South Hub.

Firefly has taken the initiative to establish a Trading Post as well. Guests will be given empty recycling and trash bags on their way into the venue, and are encouraged to collect the trash they generate throughout the weekend. The bags are to be disposed at the edge of the road for the cleaning crew to pick up. Including guests in their clean-up initiatives will create a more inclusive environment and persuade them to think twice before littering. Teaming up with Conscious Alliance, they are also organising a Food Drive inviting donations of non-perishable food items like canned or packaged food. Keeping in mind dietary requirements, they compel people to donate health-oriented and organic food products.

The Glastonbury Festival of Contemporary Performing Arts in the UK, established in 1970, has been conducted for 48 years almost annually except for a few fallow years (which are intended to give the land, local residents and the organisers a break) in between. 2018 having been a fallow year, the festival is all set to make its return this year from June 26 – 30. With George Ezra, Bastille, Hozier, Snow Patrol, Billie Eilish, Aurora, Janet Jackson, Carrie Underwood and Tom Walker among the artists performing, fans are going to have a tough time choosing which stage to attend. The performers are not, however, the most noteworthy aspect of the festival.

Glastonbury has partnered with Oxfam (who also partnered with Bonnaroo), Greenpeace and WaterAid to promote their causes. The festival, located in Somerset, England, has also banned the sale of single-use plastic bottles, urging guests to refill their bottles at the water coolers installed at every corner within the venue. The organisations have also extended invitations to festival-goers to be volunteers and to take part in their activities.

On the Thursday (June 27) of this year’s #Glastonbury, there will be an #ExtinctionProcession, giving you the chance to stand up and demand changes to the way we live as a society, so that we can avoid a climate catastrophe.⁣ ⁣ The event - which we have organised alongside the Green Fields, @greenpeaceuk and @extinctionrebellion - will begin at 4pm at the Park Stage, where guest speakers will make a stand for our planet and the precious habitats that it hosts.⁣ ⁣ The procession will then make its way to the Sacred Space (aka the Stone Circle) in the King's Meadow within the Green Fields, where we plan to create the largest ever human sculpture of an hourglass – symbolising extinction – at 5.30pm.

The festival, nearly at its golden jubilee, has also joined hands with charities that pick litter to raise funds for various causes. Kiota, one among said charities, has been working with the Glastonbury team since 2004—sorting and recycling trash as well as raising funds to educate young girls and provide clean drinking water to those in need. The Bhopal Medical Appeal also works closely with the festival to raise funds to establish clinics for the survivors of the 1984 gas tragedy that offer healthcare free of charge. Glastonbury works together with the Small Steps Project and SOS Africa as well for the education and development of underprivileged children, providing them with opportunities to learn, to grow, to live.

Initiatives such as these have also been carried out in the Indian music festival scene as well. The Storm Music Festival (last conducted in 2016) was started with a vision— to bring people closer to nature by spreading environmental awareness through music. With a strict ban on plastic and drugs (the festival stands for “responsible enjoyment”), the only high that festival-goers are allowed is the one they get off music. India’s best camp-out festival, Storm provided ample space for guests to set up their tents—close enough to the stage to enjoy the music yet far enough to lie down in comfort. Ecological walks and yoga sessions are also part of the package, imploring guests to reconnect with their natural surroundings.

Another festival undertaking similar initiatives, the Echoes of Earth Festival calls itself “India’s greenest music festival” and it definitely lives up to its name—with stages and signs constructed with recycled materials and metal frames, even using biodegradable paint. Conducted every December in Bengaluru, the festival does its best to translate its message into the work it does. A no-plastic zone, it urges its festival-goers to bring their own water bottles – thus reducing the use of harmful materials. The cutlery used is 100 per cent biodegradable, and the signs posted around the festival (made with recycled wood and biodegradable paints) are reused each year as much as possible.

The wastes generated at the venue are taken care of in the best way possible, with the trash segregated and recycled. They also set up workshops on waste management, solar power, and zero waste including DIY projects to help eliminate the consumption of detrimental substances, thus, educating people on sustainable lifestyles, prompting them to change their lives for the better. They managed to construct a fully solar-powered stage in 2017, and a solar-powered charging station the very next year. When asked about any similar schemes for 2019, Koel, a representative of the Echoes team, said: “For our fourth edition, you will see our solar power extended to our RO filtered water stations and flea market.”

Echoes of Earth does not limit their efforts of sustainability to the festival itself. Koel told THE WEEK that they focus on engaging their audiences through activities revolving around sustainability through a six-month pre-event campaign. “As part of this campaign, Echoes hosts community-based workshops, exhibits around the theme, sapling drives, etc. to create awareness – making our campaigns more than just festival promotions.”

The three beautiful stages erected at the festival are designed with the help of recycled cloth and metal frames paired with lights add to the charm of the festival. The stages have so far been constructed in the shape of animals, insects or created in the name of a particular heritage or culture. 2018 had the theme “Wonders of the Deep” which when translated into the art installations and the stages presented a vivid visual experience that was hard to forget. Having imbibed the idea from India hosting UN’s World Environment Day last year with the theme “Beat Plastic Pollution”, Echoes “felt it was important to adapt this theme into our festival and celebrate our beautiful sea creatures,” said Koel.

When asked about this year’s theme, all she said was “we have put together a very exciting and diverse line-up and interesting theme.”

With the team itself pumped up for this year’s edition, festival-goers will surely be anticipating what is to come.

Echoes of Earth allows guests to immerse themselves in nature, and tune into their surroundings. In a world where one barely has the time to stop and look around, the festival provides a welcome distraction from the hubbub of everyday life.