Whisky for the win

Stay off the fearful rotgut with THE WEEK's guide to whisky, now in Indian markets 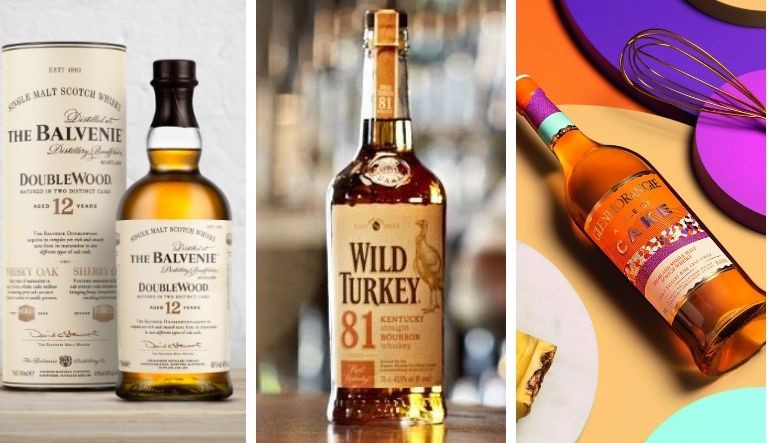 Ernest Hemingway liked his scotch and soda. The tipple makes an appearance in The Snows of Kilimanjaro, and even in the autobiographical A Moveable Feast. Poet and short story writer Dorothy Parker was a famous patron of whisky sours. Robert Burns once raised a toast to a fictional "John Barleycorn" in a poem. The list of writers who sought inspiration from the starlight in whisky might be long and endless, but it is time to crack open that special occasion bottle you have been protectively stowing away as we ring in the festive season.

Stay off the fearful rotgut with THE WEEK's guide to great whisky, now in the Indian market.

There is a Google search prompt which goes like "the Balvenie vs Glenfiddich." Both are made by the UK-based distiller of popular single malt scotch whiskies, William Grant & Sons. Legend has it that when the company's longtime malt master David Stewart went to receive his MBE from Queen Elizabeth II in 2016, the queen cheekily remarked that she preferred gin over whisky.

Balvenie DoubleWood, Aged 12 years, gains its distinctive character from being matured in two different wood types. Each stage lends different qualities to the resulting single malt whisky. To make The Balvenie DoubleWood, the master distiller takes whisky that has spent at least 12 years in traditional whisky casks, American oak ex-bourbon barrels and hogsheads, and moves to Spanish oak ex-Oloroso sherry casks for an additional nine months. The traditional casks soften and add delicate character, the sherry wood brings depth and fullness of flavor and the final few months in the tuns allow the whiskies to marry harmoniously.

The chocolate and raspberry, rich brioche, and stewed cherries aromas along with raspberries, cinnamon and black pepper make the whisky a delight to sip on.

It is available across the country and is priced at Rs 9,345 in Mumbai for 700ml.

For whisky to be called bourbon, it must contain 51 per cent corn, and must be produced in the US. Wild Turkey, the iconic American bourbon brand from Kentucky, announced its launch of a new variant in India as part of an ever-growing global expansion. Not for nothing does the award-winning brand have Matthew McConaughey as its "creative director". The new edition in India is called Wild Turkey 81 and is characterised by bold, authentic full-bodied flavor, aimed at the Bourbon drinker set on blending the spirit in cocktails.

The famous Wild Turkey brand name first came about in 1940 when distillery executive Thomas McCarthey took a few warehouse samples on a Wild Turkey hunting trip with a group of friends. The following year, his friends asked him for “some of that Wild Turkey whiskey” and the brand was born. Early this year McConaughey, along with the owners, took consumers on a personal tasting guide consumers of five Wild Turkey expressions: Wild Turkey 101 Bourbon, Wild Turkey 101 Rye, Rare Breed Bourbon, Longbranch and Kentucky Spirit.

Glenmorangie A Tale Of Cake

Whoever thought of cakes with whisky? Or single malt whisky, to be precise. Glenmorangie’s tasteful limited edition, A Tale of Cake, began with the illustrious company's director of distilling and whisky creation, Bill Lumsden, dreaming up this whisky’s luscious, fruity layers while musing over how some of his most joyous memories came from cake—from baking with his granny in her kitchen, to the pineapple upside down cake his daughter made him for his birthday. Glenmorangie A Tale of Cake is a one-off limited edition, rather than part of a particular range.

CakeTails are cocktail and cake pairings to celebrate the taste of a different Glenmorangie expression. The whisky was first aged in bourbon casks, to create Glenmorangie’s signature smooth and fruity notes, then finished in Tokaji casks from the famous Tokaj wine region in Hungary.