'Revenge travel': Because home is not where the heart is after months of lockdown 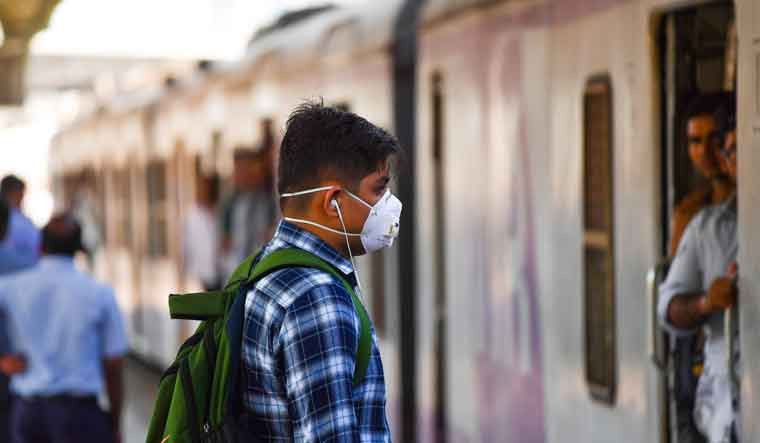 After months of being cooped up inside as Covid raged outside, well-heeled Indians have decided that home is not where the heart is and are hitting the road and the skies to break the monotony of their indoor existence.

There is even a term for it revenge travel'. So when states started opening up after a ferocious second Covid wave, people headed out in droves to beachside hotels, hill homestays or even just a resort close by. Anywhere but home and maybe not quite what the doctor ordered

Taking revenge as it were for the months of anxiety, of working from home, doing or conducting classes online and unable to meet even close relatives, they masked up, got their jabs and wasted no time in heading outdoors.

"Advance bookings as measured by the share of bookings with travel dates more than four weeks away are over 10 per cent this year compared to around 5 per cent last year, Rajiv Subramanian, vice president at global online travel company Cleartrip, told PTI.

We expect the increased momentum of the vaccination drive and reduced caseloads to catalyse domestic travel recovery in the next two quarters," he added.

On the ground, images of people thronging destinations like Manali and serpentine queues of cars waiting to get into popular hill towns such as Shimla give the picture.

Be it a workcation, staycation or drivecation, people are clearly eager to travel and splurge as India's Covid cases dipped, determined to make up fo.r lost leisure days due to frequent shutdowns, signalling the return of normalcy for the corona-hit travel and hospitality sector.

Noida-based IT professional Avinash Giri chose the quiet town of Naggar in Himachal Pradesh's Kullu district for his workcation.

"This is the first time that we have travelled since the onset of the pandemic. Things were pathetic in the past two months. We were cooped inside our homes, not going out even to the balcony. My wife and children wanted to be out and I decided to pick this secluded Naggar district," he said.

"The view, the weather, everything is amazing here. The property I am staying at is new and economical -- food and other chores are well taken care of by the host. I will stay at least for a month at different places in Himachal Pradesh, and our next possible desti nation is Manali," the 37-year-old added.

Both Giri and his wife are partially vaccinated.

His 'revenge' is sweet news for the bleeding hospitality industry.

Budget-friendly hostel chain goSTOPS, multi-hospitality chain OYO and Airbnb, the online marketplace for arranging or offering lodgings, are among the companies that witnessed a major spike in the number of enquiries and bookings made in June.

While goSTOPS, according to its founder and CEO Pallavi Agarwal, has recorded a "1,000 per cent" spike in its daily reservations; Airbnb India has also observed a "strong pent-up demand" for destinations that are a drive away from metro cities.

"With different states starting the unlock procedure and beginning to ease Covid restrictions, we have seen a significant surge in enquiry and booking from both metros and mini metro cities. What has also fuelled the sentiment of travellers is the vaccination rate going up and infection rate taking a nosedive," said Agarwal.

Hotels and resorts are riding high on the revenge travel trend too.

WelcomeHeritage Hotels, for instance, is seeing nearly "70-80 per cent" of occupancy in most of their hill properties, including Uttarakhand, Himachal Pradesh and Jammu and Kashmir.

Offering various innovative packages, such as 'Work from Home' and 'Drivable Holidays', their 'Head for Hills' package which is proving to be a hit among tourists travelling from the nearby cities starts from Rs 7,000 onwards.

The trend is benefiting resorts near big cities as well.

Both The Westin Gurgaon, New Delhi, and The Westin Sohna Resort and Spa in nearby Gurgaon are clocking week-on-week "25-30 per cent growth" in leisure guests through their staycation offerings.

"There is pent up demand; and people do want to get away from the humdrum and monotony of being at home, and are looking for safe ways to return to some semblance of normal life. In fact, the whole of May when the resort was non-operational, we were getting queries asking when we will reopen the resort," said Rahul Puri, multi-property general manager for The Westin Hotel and Resort.

The package for two at The Westin Gurgaon and The Westin Sohna Resort and Spa starts at Rs 6,000 and Rs 12,000 plus taxes, respectively.

Car rental company Avis India has also reported a surge in bookings with commuters travelling "solo, in couples, and with their families".

"They are planning weekend getaways to nearby mountains or cities such as from Delhi to Himachal or Jaipur. Or from Bangalore to Ooty. Some are also relocating to work from hills such as Manali or Shimla which is leading to an increase in long term rentals. We are seeing a rise in the booking of Amaze, Honda City in the Sedan category while InnovaCrysta has been the preferred choice by our customers in the SUV category," said Sunil Gupta, MD and CEO, Avis India.

As India's Covid numbers fall India on Sunday reported 43,071 fresh cases and a positivity rate of 2.34 per cent, less than 5 per cent for 27 consecutive days doctors advise caution and the need to be vigilant.

"Yes, it has been a tough time. However, we cannot let our guard down. We should not be mingling with groups. It is not advisable at all. We need to stay cautious for the next two to three months, said Dr Vikas Maurya, director and Hod, Pulmonology, Fortis Hospital Shalimar Bagh.