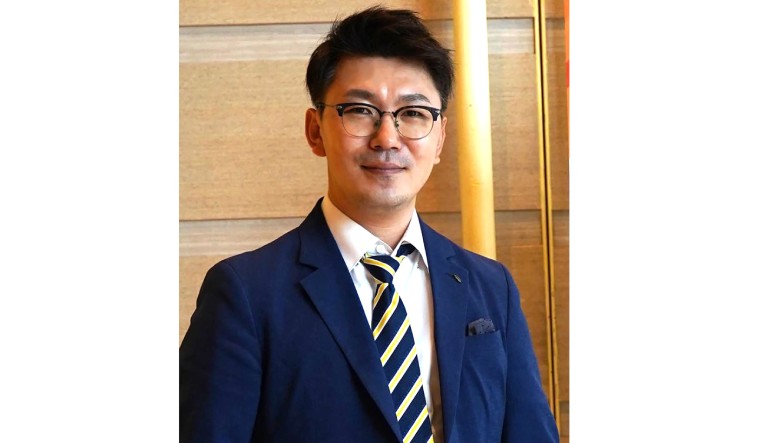 There has been a growing love for Korean culture in our country. It all started with Korean drama. The subtle romance, the classy cinematography and the focus on intricate details—it is what one calls a perfect combination. Surely, K-pop has had its effect on our country’s teens but the soap operas did the job of marketing Korean products. And before anyone else could, Seo Young-doo jumped in to take hold of this opportunity in India with his online venture Korikart. He had come to India in 2004 to study international relations at Jawaharlal Nehru University (JNU) and closely observed the growing interest of Indians for everything Korean. Young-doo has been living in India for over one-and-a-half decades. He used to come for standalone Korean projects initially, but looking at the opportunities India offered, he decided to set up his own venture here.

Launched in 2018, this Delhi-based e-tailer for Korean beauty, skincare, food and fashion, home and kitchen products has seen an overwhelming response. As a matter of fact, the company claims to have witnessed 300 per cent growth in sales since March 2020 and is currently reporting over 40 per cent month-on-month growth. The pandemic had many sitting at home and binging on K-drama which introduced many to Korean products.

“Noodles was the most purchased item during this time,” says Young-doo.

Besides that, the boycott of Chinese goods also came to their favour. “There is a steadily growing population that wants to use products made of natural ingredients, which are affordable and healthier. Korean products tick all these boxes,” says the Korean businessman. With a constant smile on his face and passion for his Korean culture, Young-doo tells THE WEEK about his journey of bringing Korea to India.

How did it all start?

It was a simple thought. India and Korea has a lot of similarities, not just culture-wise but also language and other aspects. Unfortunately, Indians were not aware of the rich Korean culture as they are now, thanks to the rise of K-drama and K-pop. I wanted to bridge the gap and make it easy for Indians to experience Korean culture in their homeland itself. Not just make things available but also introduce new Korean things. And we wanted to go beyond just bringing Korea to India; we also decided to get India to Korea. So, we sell Indian products through our platform is Korea. It was not easy setting this venture up but the journey was definitely worth it. Honestly, we took about 11 years to just prepare, improve and make our processes smooth. I started working on my idea from 2009. Every year I failed but I made sure that I got back up with more power. I have learnt a lot in these past couple of years and these lessons have helped the brand to succeed.

Do people know about Korikart?

Initially, our target audience were K-pop and K-drama fans in India. Later, many came to know about Korikart through word of mouth. If we specifically talk about cosmetics, many Indian women have turned to Korean products for all their skincare requirements. Those who watch K-drama are familiar with ramen noodles. With people stuck at home during the lockdown, many were keen to try out authentic Korean flavours instead of the normal noodles. So, yes people are aware of Korikart and the response to our product has been great. We also started our first standalone store in Gurugram. The idea behind the launch is to give that perfect experience to the customer through our physical store, where the buyers can directly speak to the experts and have a good look and feel of the product. Our flagship store will serve as a step forward towards esteemed customers of Korikart. It is a logical extension in order to offer our patrons a seamless shopping experience. We are looking at expanding more and bringing in more products. Having said that, we are not here to change Indian lifestyle but to give Indians an essence of what Korea is.

What is one of your favourite products?

I have a lot of favourites. But the popular picks by our women customers are the skincare products. We also have a new range of Korean fashion products like exercise pants and footwear. Even food.

What are some of the products that are currently not in your platform but you would like to have in the near future?

The boycott of Chinese products has definitely bogged down a lot of Indian customers. Especially, when it comes to toys, people were fascinated by the Chinese brands. I would like to get some Korean toys for the Indian market which are equally fascinating. But it would require introducing Korean cartoons to Indian children. There are many other items that I want to bring in terms of fashion products and food as well.

What do you miss about Korea?

I want to bring more items from Korea. I am also looking at partnerships. Besides that, I want to increase exports from India to Korea as well.

Visit Korikart and be sure to experience a lot of Korea here!