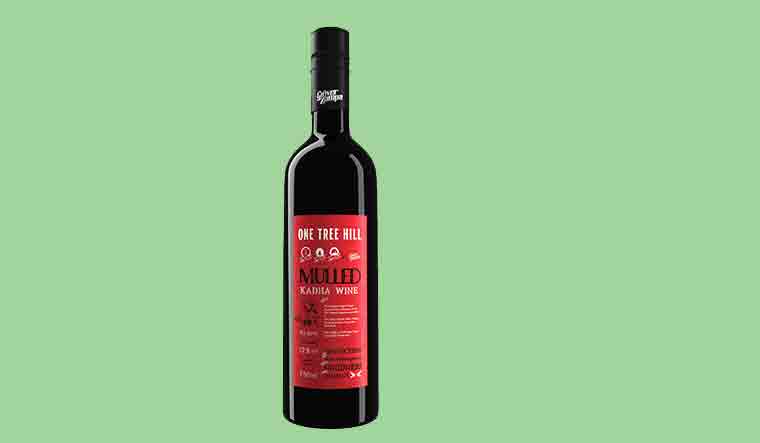 It is believed that mulled wine became a festive fixture because of Sweden. Although it was invented by the Greek father of medicine Hippocrates as a health tonic and subsequently became a Roman tradition to help stay warm in the bitter cold months, the popularity of wine mixed with herbs, fruits, spices and honey dwindled in 17th century Europe. Except in Sweden.

The Nordic country retained a variation of it called the 'Glogg'. In the late 19th century, the Swedes shipped bottles of glogg with images of Santa across Europe and since then it's hard to dissociate Christmas with mulled wine.

But store-bought mulled wine with flavours ranging from fiery jalapeno to semi-sweet apple pie? To many, it may seem like scrimping on a homely tradition, disrespecting a glorious ritual celebrated in books and films, like cheating. In Dickens' Christmas Carol Scrooge assures Bob Cratchit thus "...we will discuss your affairs this very afternoon, over a Christmas bowl of smoking bishop!" a kind of mulled wine made in Victorian England with port, red wine, lemons, Seville oranges, sugar and spices.

Bloggers and food reviewers this time of the year rapturously educate the world on how to blend this perfect Xmas punch----not too sweet or bitter, or god forbid, how not to obliterate the alcohol.

But now there is an option for lazy drinkers, raging workaholics or just curious, gamely consumers.  Next week one of India’s leading wine-makers, Grover Zampa Vineyards, will launch One Tree Hill Mulled Wine Kadha in several metros. They are calling it India's first-ever bottled mulled wine. It takes inspiration from traditional Indian Kadha recipes. So, the wine is infused with spices like black peppers, cinnamon, cloves, ginger, tulsi, cardamom, and lemon topped with star anise, parsley, fennel, cumin seeds, orange peel, and kapok buds. "A warm concoction of spices and wine, mulled wine is the ideal Christmas companion and is sold in quantities during the season in European markets. Hence this wine is not restricted as a make-at-home drink. Bottled mulled wines of various brands are available in Europe as well," says Sumit Jaiswal, AVP, Marketing and Exim at Grover Zampa Vineyards, on the feasibility of selling packaged mulled wine in India.

"The One Tree Hill Mulled wine has a perfect balance of herbs and spices also called traditional Indian spices with its true aromas. It’s a premium bottled mulled wine and like all Grover Zampa wines, we are sure that it will appeal to the palates of consumers," adds Jaiswal.

Priced at Rs650 a bottle, Grover's Mulled Wine Kadha will hit the shelves in Maharashtra, Karnataka, Delhi, Goa, Haryana and West Bengal this month. Be it hot toddy, mulled wine or Kadha, the health benefits of the spices used in them have been all too well reinforced in a pandemic year which has trained us to glug copious amounts of Kadha, and the winemaker has inevitably tapped into this trend.

"There's a necessity to make wine-drinking easier in India and this mulled wine seems to do just that. The price and packaging seem lucrative and coming from the house of Grover Zampa is surely of bankable quality," says Gagan Sharma, a Delhi-based sommelier.

Ankush Singh, a 32-year-old pharma professional based in Gurugram, is not too convinced. "I don't think I will buy it. It is a vanity product for one time of the year. I'd rather make my own stuff."