India's own sandwich day: How Indians took sandwich and made it their own

It was World Sandwich Day on Friday (November 1), while Americans celebrate national 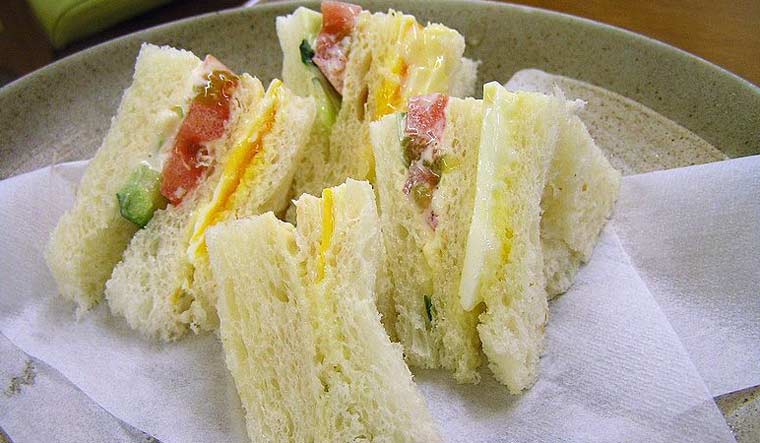 It was World Sandwich Day on Friday (November 1), while Americans celebrate national sandwich day on Sunday (November 3). Because, you know, Americans are Americans and they want their own take on everything. But what everyone miss out meanwhile is how India has taken this most common of all food items and quietly made it it's own, in typical desi style.

More people may consume rice as a daily staple, but there is no doubt that the sandwich is the world's go-to standard when it comes to a fast and filling simple meal that can be had without much fuss. And it has been the case since the 18th century when John Montague, the fourth earl of Sandwich, didn't want one of his marathon gambling sessions be interrupted by routine drudgery like sitting down for supper. “Give me something that can be eaten with one hand (while he could continue rolling the dice with the other one, we suppose) and will not soil it,” he probably commanded his servant who was then instructed to put some cold beef filling between two slices of toasted bread. Voila! Mankind's most ubiquitous food dish was born.

And yes, one of its appeals was that it did not even require a dish to be served in, if it came to that. With the subsequent industrial revolution seeing increasing number of people travel further and further away from their homes to factories and offices, the sandwich became a Western world staple. It was the nifty lunch, easy to make at home and compact enough to be packed and carried from home – in their bags or even in their coat pockets. As the midday meal got pushed to later and later in the day, the sandwich also became a popular not-too-heavy night-time meal.

While the colonial powers may have introduced the sandwich in India, there is no doubt that we have made it our own. ''“From the vada pav, dabeli (a Maharashtrian food item) to samosa pav, we have made the sandwich our own,” points out Shamsul Wahid, group executive chef of Impressario, which runs a string of restaurants across India, including Social. “All we needed was good bread...the Indian kitchen always come up with something to improvise, you can play around with the chutney, or there's always something leftover which can be used as a filling!”

The Portuguese-origin 'Pav' bread is today central to one of India's most iconic street dish, the vada pav, which is essentially a spicy potato patty sandwiched within a pao and some masala and green chilli popped in. And who hasn't had a quick bread-omelette or a bonda (or boiled egg) squashed between bread slices while rushing to something? But when it comes to the classic Indian sandwich, there are two rather similar claimants. The more famous is the Bombay sandwich, which now occupies pride of place in even restaurants abroad though it traces its origins to the street vendors of Mumbai (Bombay) – white bread with a flavoursome filling of spicy mashed potatoes and green peas, with a dressing that can go the gamut from mayonnaise to pav bhaji masala gravy. Many intrepid Mumbai street vendors even sprinkle sev mixture on top of the sandwich for an additional crunch. Very indigenous and ingenious, you have to admit.

The other one, and it is easy to overlook it, is what your mom probably packed for you for lunch or served as a tea-time snack countless number of times – the chutney sandwich, which noted food columnist and TV show host Vir Sanghvi calls “the easiest-to-make tasty sandwhich in the world.” You may not find it in restaurant menus, but white bread with coriander chutney spread on them, filled with sliced cucumber has been the definition of 'fast to cook and good to eat' for Indian households (even after Maggi noodles came in) for ages. “The tang of the chutney will take away the maida taste of the white bread and the cucumber provides texture as well as a cool counterpoint to the teekha chutney,” Sanghvi writes in one of his columns. “It is the perfect Indian sandwich, brilliant in its simplicity.”

As tastes evolve and Indians travel and eat out more, we can expect an evolution in the type of 'desi' sandwiches on offer. Wahid says the chicken tikka sandwich, omnipresent in airline inflight menus, airport cafes and other QSRs, is already the most popular sandwich in the country. Sandwich chains like Subway have many sandwiches with Indian fillings, including the customer fave paneeer tikka. More could join the list. Social, for example, has a chilli chicken stuffed pita bao which is one of its most popular items. The shape may be different and the filling may not receive an approval from John Montague. But, this is how we 'sandwich' it for a new generation, toothsome and spicy delicious, like we want it.