On World Emoji Day, Jiggy George talks about the contribution of the Smiley brand 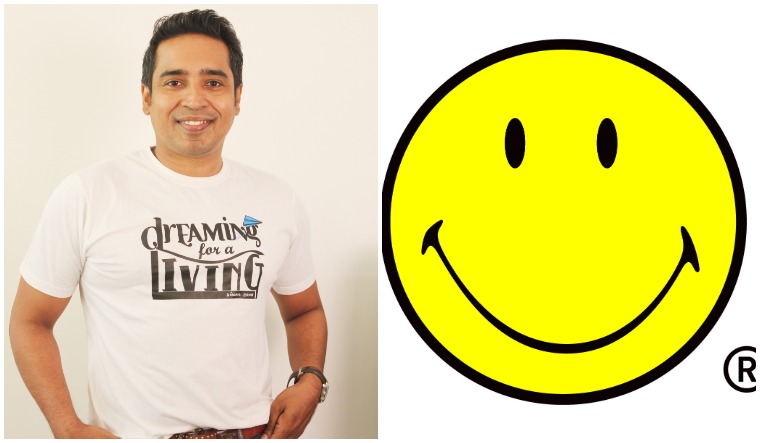 The CEO of The Smiley Company, Nicolas Loufrani—son of Franklin Loufrani, who trademarked the Smiley face—took the world by storm with his pictorial language or emoticons, with the famous "Smiley” and called it “a cultural icon”. He also went on to say that “technology has influenced the evolution of language".

His brand ‘Smiley World’ has hundreds of emojis which have been turned into a licensing industry art form. In India, Jiggy George, founder, Dream Theatre, a pioneering licensing agency which manages the Smiley brand, uses it across various consumer segments. George gives us an insight into its beginnings and tells us about how these emoticons have found a resonance with consumers while also becoming embedded in their everyday lives.

Tell us about the origin of ‘Smiley’. When, where and how did it originate?

Smiley was born on September 1, 1972, when French newspaper France-Soir published Franklin Loufrani's now iconic promotion in which he used the [legally trademarked] Smiley icon to highlight good news stories. And the rest is history!

How and when did the Smiley arrive in pop culture, both abroad as well as in India? Which decade did it really get popular in?

In the late 80s, Smiley became massively popular, reborn as the choice of the DJ generation and Smiley T-shirts started appearing on dance floors across the world from London to Chicago! In 1997, Nicolas Loufrani created the first 3D Smiley and started exploring creative variations leading to the creation and launch of the official Smiley dictionary in 2001 with 393 variations of the Smiley, heralding the "birth of a universal language". And since then, Smiley as a brand has gone from strength to strength as a symbol of happiness and positive thinking. In India, Smiley has been an integral part of lifestyle stores across multiple categories since 2011. Dream Theatre was appointed representing agents in 2016 and we have since, led the charge in broad basing the programme across direct to retail programmes, capsule collections with ONLY, Bags, Back to School, Plush and promotions with leading FMCG players like Mondelez.

What did the Smiley do for the consumer segment and which other segment is it widely used in?

As a brand it is universal and therefore works across age groups from infants to adults. The youth, however, has been at the forefront.

How have different iterations of the Smiley gained currency and what does it do for language today as most people only communicate through Emojis these days?

The intersection of youth and social media puts emoticons and therefore the Smiley right on top as the language of social expression. As tech spreads, the written word as we know it, is getting left behind with most millennials communicating on platforms like Facebook, Twitter, Instagram, WhatsApp and others. Emoticons are gaining ground over traditional methods of communicating.

Can Emoticons be a substitute for language and words? Do you see that happening in the near future at all?

As more and more digital natives use digital platforms, Emoticons are in fact, becoming the fastest growing language in the world and some experts believe that it actually enhances people’s ability to express themselves.

Tell us about what Dream Theatre has done with the Smiley brand in adding happiness to people's everyday lives?

Dream Theatre's vision and strategy for Smiley has been broad-basing the licence programme in India and making it a part of everyday lives across not just fashion but across various tiers, in accessories, school supplies, homeware, promotions and services and we have been able to do so successfully. That Smiley is so iconic and universal in appeal as the very symbol of happiness makes it a top lifestyle brand choice for licensees, retailers and marketeers.

What are Dream Theatre's plans with the Smiley brand?

The licensing landscape in India is changing rapidly and lifestyle brands are becoming more prominent. Smiley is one of our leading brands in the lifestyle segment. While we will continue to grow the licensing business, our plans include designer collaborations, retailer based collections, food and beverage programmes, FMCG activations and experiential opportunities. There is no better way to grow business than with a smile. : )