Triple talaq row: What Zakia and Basheer had to say 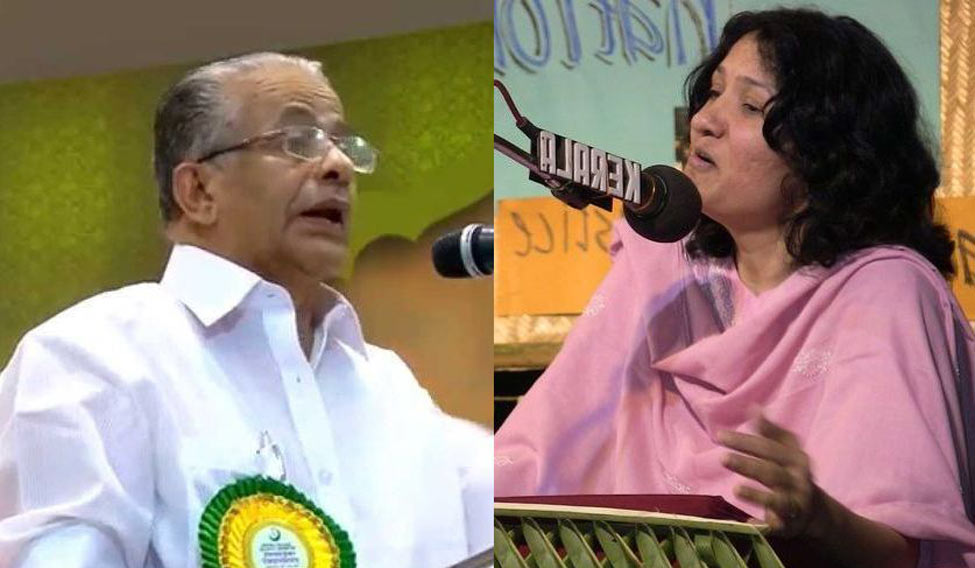 In a landmark case in 1986, the Supreme Court ruled in favour of a divorced 62-year-old Muslim woman, Shah Bano, ordering she was entitled to maintenance from her ex-husband under the provisions of Criminal Procedural Code. But, several Muslim groups attacked the judgement, claiming that it was against the tenets of Islam and an intrusion into their personal laws. Under pressure, the Congress government at the time enacted the controversial Muslim Women (Protection of Rights on Divorce) Act, 1986, to counter the court verdict. The Shah Bano case, however, kick-started a heated debate about personal laws in the country.

Three decades later another Muslim woman, Shayara Bano, 36, petitioned the Supreme Court to ban triple talaq. In October this year, the BJP-led Union government filed an affidavit in the Supreme Court seeking to axe Muslim personal law provisions like triple talaq, nikah halala and polygamy. This resulted in an uproar among sections of the Muslim community, with the All India Muslim Personal Law Board (AIMPLB) taking it is a personal affront against Muslims and claiming that the government was trying to polarise the electorate to hide its failures over the past two years. "Personal laws cannot be rewritten in the name of social reforms and courts can't interfere in them," they said. Later, other Muslim political parties like the AIMIM (All India Majlis-e-Ittehadul Muslimeen) jumped into the fray, claiming that the BJP was trying to gain political mileage out of it.

On the forefront of the fight against the triple talaq debate is Zakia Soman of the BMMA (Bharatiya Muslim Mahila Andolan), an independent organisation working for ensuring the rights of Muslim women. The organisation has also openly supported the cause of Hindu women in their struggle for entry in Sabarimala. A study conducted by her organisation had proven that 12-13 per cent of the women were triple talaq survivors (considering a sample of 4,710 Muslim women across 10 states).

Next is E.T. Mohammed Basheer, a parliamentarian of the Indian Union Muslim League (IUML)—a party that has played an instrumental role in uplifting the community in the northern districts of Kerala. The IUML had recently lambasted the Centre for raising the issue of personal law for its own political gains.

Both of them spoke independently over the phone with THE WEEK, clarifying their respective stances on the issue. Excerpts:


Numerous Muslim bodies like the AIMPLB are at the forefront of agitations against the Centre, after it filed an affidavit in court to ban triple talaq. What are your thoughts on it?

Zakia Soman: For one thing, the AIMPLB is just an NGO and a self-appointed custodian of Muslim community in India. In more ways than one, they signify a lot of male-dominated thinking and are instrumental in women being denied their Quranic rights. A lot of Muslims feel that this kind of regressive stance (that triple talaq and polygamy should be allowed), is only helping the stereotypes about our community. When the Shah Bano case happened in 1986, the personal law board was able to fool large swathes of the Muslim population. But, the community has now understood that these people serve only their interests, to preserve their hegemony.

E.T. Mohammed Basheer: The AIMPLB is a statutory body, made up of Islamic scholars. It is wrong to claim that they have no standing in the Muslim community. One of the arguments made against triple talaq is that the provision was being widely misused to discard women at will. India, however, is a country with one of the lowest divorce rates in the world. The rate will only go down further when more and more people gain access to education. So, that argument is not logical.

According to Islam, divorce is most hated by the almighty. It teaches us that if the talaq is said from under a tree, the green leaves wilt away. The triple talaq is not meant to be served all at once. It should be done in stages, accounting for any and all chances of reconciliation between the two parties. There are numerous different schools of thought on this topic. It should be discussed among scholars of the religion and not by politicians.

Many parties have come forward, condemning the BJP for raking up the issue to polarise the public before the UP elections. Do you see the BJP's Hindutva brand of politics at play here?

Zakia Soman: The politics of the BJP is well known to everybody in this country. They should be opposed when they falter on any account, like in the Muzaffarnagar riots and the violence unleashed by gau rakshaks. But, we feel that the affidavit filed by the Centre was very appropriate and correct.

In 1986, when Shah Bano case happened, it was the Congress at the Centre who denied a 62-year-old woman her Quranic rights of maintenance. But, these same people, who oppose the BJP accusing them of trying to spread communal venom, displayed the same conservatism and patriarchal orthodoxy back then. Their regressive stance should be exposed.

E.T. Mohammed Basheer: BJP is trying to politicise the issue. If they were really serious about empowering women, there are so many other issues that they can attend to. For example, alcohol is one of the prime causes of violence against women in this country. And just like Article 44 (Uniform Civil Code), prohibition is one of the directive principles of the Constitution. Why is everybody silent on that matter?

Your thoughts on the Uniform Civil Code (UCC).

Zakia Soman: Uniform Civil Code is a constitutional imperative, but all Indian citizens should have alternatives available. A common code already exists in the form of Special Marriages Act. It should be expanded, made stronger and popularised among the public. Let the citizens decide whether they want a religious marriage or special marriage. That, in itself, is a microcosm of our Constitution—a beautiful balance between secularism and right to religious freedom.

E.T. Mohammed Basheer: Implementing the Uniform Civil Code is not practical in a country like India. Our country is a melting pot of different cultures, religions and faiths. Such a move will destroy the pluralist nature of our society.

(To Zakia Soman) You had recently spoken about the need to codify Muslim personal law. Why now?

Zakia Soman: In the long run, we want a codified Muslim personal law. We have the Hindu Marriage Act, Hindu Succession Act, Christian Marriage and Divorce Act (amended as recently as 2010). But, Muslim community is the only one which still has the Sharia Act of 1937. That Act is silent on all important aspects like the age of marriage, triple talaq, polygamy and women's rights to meher. Those who oppose us, however, want everything [in the Act] oral, loose and open to interpretation so that they can get away with all this regression.

E.T. Mohammed Basheer's reply to Zakia's comments: The personal law is not man-made. It is based on the Quran and the Hadiths. They are divine covenants and not amendable by law.