Romeo and Juliet: Not the greatest love story 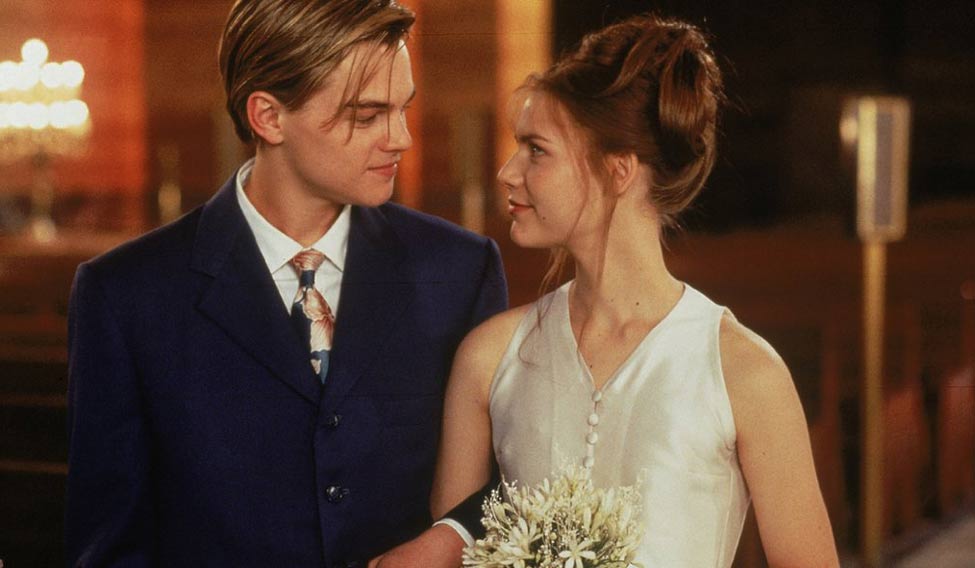 Romeo and Juliet has always been catapulted as a quintessential love story, with the concomitant brouhaha over it having remained intact for over 419 years since it was first staged. Pop culture references, such as Taylor Swift's song about Romeo and Juliet or various interpretations by world cinema through the years, have only gained it the reputation as the greatest tragic love story ever, even for those who are hardly aware of the original play.

I did not realise that I was in for a shock when I had to do an in-depth analysis of the play as part of my first year exam in college. The more I divulged in the play, the more I became cynical about the furore over the play. I started wondering if it really is the greatest love story ever. No, I don't think so. By saying that I do not mean to belittle Shakespeare’s work; the literary brilliancy of the play remains undoubtedly profound.

The plot revolves around star-crossed lovers Romeo and Juliet who belong to warring families of Montague and Capulet, respectively. Romeo is a lovelorn teenager, nursing his despondency over his one-sided love for Rosaline. The heartbroken hero's world turns topsy-turvy when he meets beautiful Juliet, so much so that his love for Rosaline is obliterated. Enraptured by Juliet's beauty, Romeo goes on to confess his undying love in their first meeting itself. This superfluous significance of beauty and Romeo's sudden change in feelings emphasise the whimsical and spurious nature of his love. Juliet also gives in to his confession of love and even proclaims “you kiss like you've studied how”.

This is further accentuated by the famous balcony scene in which Romeo risks his life and sneaks into the Capulet orchard just to catch a glimpse of her by the window. They both nestle into vivid proclamations of their love for each other and decide to marry the next day without even trying to let their families comply. Just when I was trying to make sense of this sudden and swift unraveling of events, I recalled the fact that they were mere teenagers, with Juliet being just a 14-year-old when this happens. Couldn't this be an epitome of flighty, impulsive teenage love and not the 'greatest love' tag attributed by popular perception? Also, the friar in the story who helps them marry, Friar Lawrence, is startled by Romeo's sudden shift in feelings and represents the pragmatic voice of a mature man who is skeptical of the couples' overt expressions of love.

Soon after marrying Juliet, Romeo murders her cousin Tybalt in revenge for the killing of his best friend and is banished from Verona. On knowing this, Juliet, blinded by love, instantaneously absolves Romeo of his sin by unabashedly stating how Romeo's banishment was worse than the death of ten thousand Tybalt(s) and consummates their marriage. Instead of being relieved about not getting the customary death sentence, Romeo’s angst over his banishment and inclination to commit suicide in the light of his separation from Juliet coupled with her blithe disregard of Romeo's action of murdering her cousin only shows how selfish and immature their love was.

Upon Romeo's banishment from Verona and her family's decision to marry her off to Paris, Juliet threatens to kill herself in front of Friar Lawrence, who is then forced to devise a plan to help Romeo and Juliet elope. However, the message to Romeo detailing the plan went undelivered leading him to mistakenly consider Juliet dead, while she is actually under the stupor of Friar Lawrence's magic potion. The ready-for-action Romeo refuses to spare a moment to think through the situation, kills Paris who was nearby and sits down to mourn her death. Even then, in his soliloquy he praises her beauty in death, which again speaks volumes about the centrality of beauty in how he feels for her. “Oh my love, my wife! Death, that hath sucked the honey of thy breath, hath had no power yet upon thy beauty,” bemoans Romeo before killing himself. When Juliet wakes up from her stupor, she finds Romeo dead by her side and thus kills herself, bringing a close to the tragic love story. The popular perception might look at it as an ultimate sacrifice for love, but is it really so? Is plunging headlong into suicide an act of sacrifice? In actuality, is it not sheer recklessness and cowardice?

Encapsulating the tragedy, within a span of three to four days Romeo and Juliet fall in love, get married and die 'for each other', besides triggering other deaths. Can it even be called a love story? To me, it is the story of two people who fall victim to unbridled, raging infatuation that overpowers their logic and practicality from their first meeting itself. Romeo and Juliet, fraught with their obsession for each other, heedlessly try to gratify each others' love while letting others suffer and die in the course. Yet, the world chose to romanticise their deaths, calling it the greatest love ever. Shakespeare, in all likelihood, would have penned Romeo and Juliet as a tragedy incited by reckless, immature and flighty teenage love and as a critique of the catastrophe that can be triggered by irrational, age-long family feud that existed between their families.

Fast forwarding to 2016, does the tale of Romeo and Juliet still stand as an unsurpassed testimony of the greatness of love? I don’t think so. The furore over Romeo and Juliet as a love story might abate if more people are made aware of the nuances of the original script and characters and are not limited to the skewed adaptations driven by popular culture. It can be just one of those inexplicable, fallacious baggage of history handed over through generations leading to its passive acceptance without any thought. And maybe, just maybe, Shakespeare would have had a hearty laugh had he known his play would be trumpeted around as the greatest love story ever for centuries to come.

The writer is a second year BA literature student at St.Xavier's College, Mumbai.