Finding a space for the arts 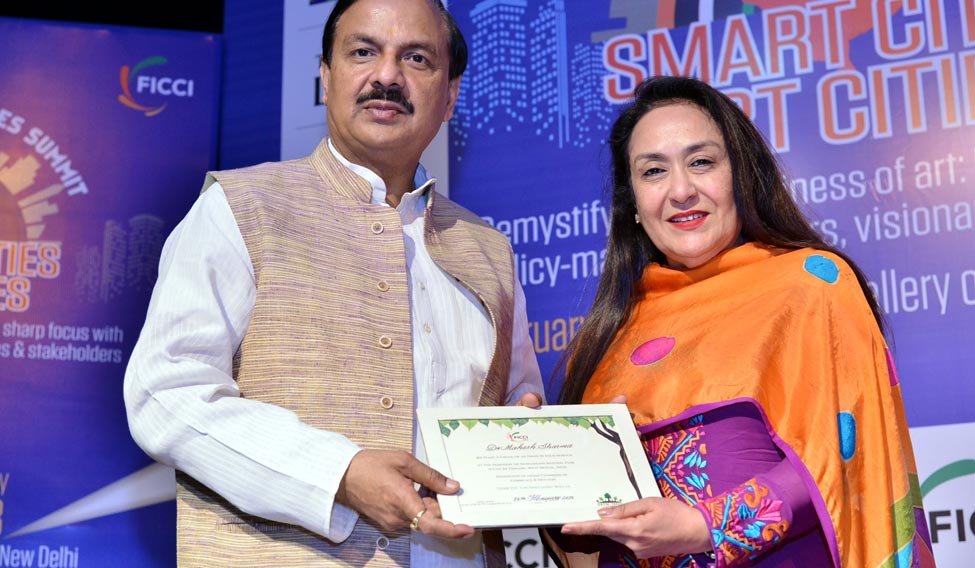 Smart Cities Mission is an urban renewal and retrofitting program by the Government of India with the mission to develop 100 cities across the country, making them citizen-friendly and sustainable. The funding of Rs 1,000 crore is to be provided by the centre and the states. About 99 cities have made it to the list through a competitive process.

But what status would the arts have, in such a smart city? This is a concern with the arts fraternity and with their alarm bells ringing, India’s premier business body, FICCI, decided to hold a day-long seminar with all the stake holders to find an answer to that question.

The inaugural address of 'Smart Cities, Art Cities’, was delivered by Minister of State for Culture Dr Mahesh Sharma.

The seminar projected the apprehensions of the non-government stakeholders, about how these smart cities would unravel. As it is, the poor artisans have been given short shrift by a government whose development agenda has been to follow the western model, even though mouthing platitudes about supporting our traditional culture and crafts, declared Rajeev Sethi, chairman, Asian Heritage Foundation. Sethi, who once enjoyed the title of being India’s Cultural Czar, quoted the recent demolition of Kathputli Colony in Shadipur Depot, Delhi and declared that even though the government had promised them rehabilitation through pucca flats in new high rise buildings, it would not prove sustainable for them. These artistes needed space (like their current courtyards) to practice their craft, he said.

The sessions discussed the lack of infrastructure to promote the arts, the need to connect culture to tourism in order to popularise it, the need to bring communities together through the arts and the call to make museums more diverse and interesting. Regarding government strategies, the need to overhaul moribund arts’ policies and to foster public private partnerships in preserving our monuments which are in an appalling state, were also discussed. So was the demand to create more opportunites for developing skills and the possibility of using the immense wealth of the creative industry to promote soft diplomacy.

Malavika Singh, publisher and advisor to the government of Rajasthan was categoric in stating that government interference should be minimal. The arts should be reclaimed by the people, who would develop them in their own way. She also gave examples of how prisoners she had helped went on to become teachers in the crafts they had learnt in jail and later started small businesses in them.

Former bureaucrat and member of Parliament Pavan Verma had an argument with Amitabh Kant, CEO, Niti Ayog, wherein the former felt the government’s attempts to nourish the arts were minimal and the latter felt that government-bashing seemed to have become the norm in India.

What added fuel to the argument was Martina Corgnati’s (an Italian art historian and curator) assertion that India’s image abroad was still poor. It was still seen as a backward country and a destination for backpacking tourists, just as it was in the 70s. She was, however, interrupted in the middle as some important guests had to be seated and wasn’t able to complete her comments.

The audience, comprising of scholars from the arts field, participated in the lively sessions with questions to the panellists.

The conclusion of the seminar was that public-private partnerships were important in developing infrastructure for the arts in smart cities, but the initiative had to be taken by the artists themselves. Government should only be the infrastructure provider and a facilitator. Many of the experts were against public funding of the arts, which they felt in any case, gave rise to mismanagement and corruption.