The philosopher who supplanted God, bested Mike Tyson by words 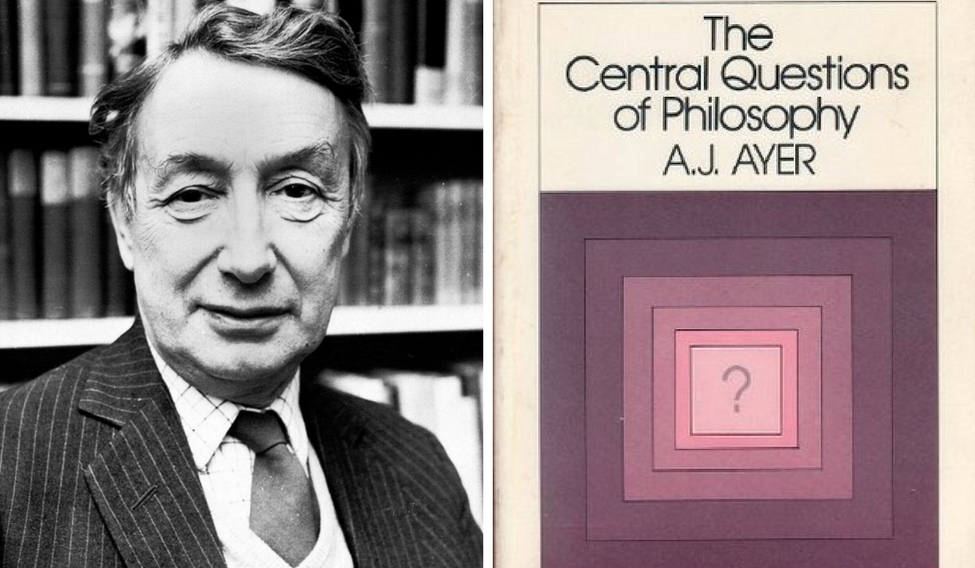 British philosopher Sir Alfred Jules Ayer, or A.J. Ayer as he was more commonly known, in the 1970s | IANS

Philosophers are not usually distinguished for themselves seeking to curtail the scope of their sphere of activity, being lucid or admitting they were mistaken. Nor are they known for stopping crimes being committed by force of argument. But philosophy's wide realm always had exceptions, like this British thinker whose achievements include stopping Mike Tyson from forcing himself on Naomi Campbell.

This was Sir Alfred Jules Ayer (1910-89), better known as A.J. Ayer. A visiting professor at a New York college in 1987, he was at a party held by fashion designer Fernando Sanchez, and chatting with a group of designers when a woman shouted that her friend was being assaulted in the bedroom. He went in and found Tyson harassing Campbell, who had just begun her career, and asked him to stop.

As Tyson said: "Do you know who the f*** I am? I'm the heavyweight champion of the world," Ayer retorted: "And I am the former Wykeham Professor of Logic. We are both pre-eminent in our field; I suggest that we talk about this like rational men." As they argued, Campbell slipped out to safety.

Ayer is as famous for this feat as for expounding and popularising logical positivism, whose basic tenet was "verificationism", a theory of knowledge holding that only statements which can be verified by empirical observation are cognitively meaningful.

Seeking to narrow philosophical inquiry only to logic, mathematics and empirical sciences, denying other fields of knowledge like metaphysics, religion and traditional ethics were valid, he went on to—more elegantly and effectively than Nietzsche—strike an iconoclastic blow, holding claims of God's existence or non-existence are meaningless, as they are neither empirically verifiable nor statements of logic.

Religious language (or "God-talk" as he called it) is always meaningless and can't tell us anything about the world as its lack of factual or logical content makes it "just a bunch of words".

The son of Swiss businessman and a Dutch Jew, who was niece of the Citroen car firm's founder, Ayer, who was born this day (October 29), went on to become one of the most famous British philosophers, taking forward the empiricism of his 18th century forebear David Hume and work of his own contemporaries Bertrand Russell and G.E. Moore, who had steered the tradition away from the metaphysical idealism of the 19th century.

A precocious child who became the youngest to win a scholarship to Eton, Ayer was 16 when he read Russell's Sceptical Essays and Moore's Principia Ethica, imbibing from the former that it is wrong to believe a proposition to be true when there are no grounds for believing its truth. At the same time, he also became an accomplished tap dancer.

In 1929, he went to Oxford on a classics scholarship. 1932 was a changing point for Ayer when one of his philosophy tutors, Gilbert Ryle (1900-1976), sent him to Austria to observe the Vienna Circle, founded by a physicist-turned-philosopher who sought to bring his previous discipline's certainties into the new one. Ayer returned, firmly converted to the cause of logical positivism.

Ayer's first book Language, Truth, and Logic (1936), begun when 23 and completed in three years, is still a classic, and prescribed in philosophy courses around the world, with his crisp clarity, capacity to expound any philosophical difficulty in a few simple paragraphs and deep philosophical knowledge making it a delight to read. He wrote several more books about his philosophy as well as on Russell, Moore, Hume and Voltaire.

Ayer was as active in the physical world too. During World War II, he served in the British military, working for an intelligence and espionage outfit and organising the French Resistance. After the war, he was a regular participant on BBC (both radio and then TV), a social mixer and womanizer (he married thrice, four if you consider remarrying an earlier wife), as well as a regular part of the crowd at his beloved Tottenham Hotspur Football Club, where he was known as "The Prof".

But Ayer was also self-critical. Admitting in a new edition of Language, Truth and Logic that "the questions (of knowledge) with which the book deals are not in all respects so simple as it makes them appear", he spent much of his later career investigating them in more depth, and not disposing them of as fast as initially.

Though logical positivism, or analytical philosophy for that matter, is not as influential now, it still grounds much of current philosophy. And credit goes to Ayer, for as his 2000 biographer Ben Rogers, says that he was "not just trying to separate philosophy from life but to liberate life from philosophy", which by narrowing experience, limiting findings of science and dictating what was right and wrong had become a "cramping, distorting discipline" but by removing metaphysics, "people would become more experimental, more open to other points of view, more tolerant in thought and practice".

Isn't that a worthy aim?