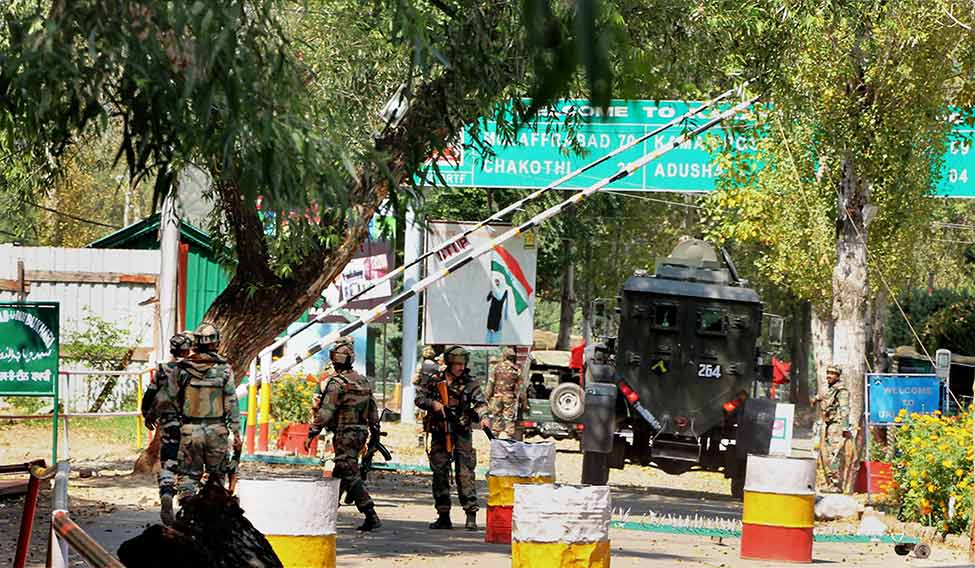 Unanswered questions: Army men at the Uri brigade headquarters during the attack | PTI

India confronts Pakistan with ‘smoking guns’. But Pakistan is unlikely to respond

Made in Pakistan”, screams India’s latest dossier to its neighbour. The National Investigation Agency prepared the dossier on the Uri strike of September 18, 2016—four terrorists had crossed the Line of Control and lobbed grenades at the Army brigade headquarters in Uri, Jammu and Kashmir, killing 18 Indian soldiers. In retaliation, the Indian Army destroyed seven Pakistan army-guarded terrorist launchpads across the Line of Control on the night of September 28, and vowed that it would produce evidence of Pakistan's complicity in the Uri attack.

New Delhi handed over the dossier to Pakistan through diplomatic channels in June, said top NIA sources. THE WEEK has accessed the dossier. It contains questions which, if Pakistan truthfully answers them, can expose its role as a terror sponsor.

The NIA has unearthed minute Pakistani connections to the terrorists who carried out the Uri attack, the deadliest attack on security forces in Kashmir in more than two decades. The dossier says Pakistani masterminds leave nothing to chance when it comes to arming terrorists. Interestingly, the four terrorists were carrying stuff made in Pakistan—factory made shawls, medicines, batteries, biscuits, chocolates and Tang (instant drink mix).

The 13-point dossier contains details of several companies, such as Coronet Foods Pvt Ltd in Khyber Pakhtunkhwa, which makes Sooper egg and milk biscuits; Mondelez Pakistan Limited, which makes Tang in different flavours; and National Foods Limited based in Karachi, which is famous for making Fruities, a drink.

“We have got enough evidence—both material and technical—that shows the Uri attack was carried out from Pakistan,” NIA Director General Sharad Kumar told THE WEEK. “All the evidence has been shared with Islamabad and we want them to respond so that we can take the case forward.”

He said no charge sheet was filed as all the terrorists had been killed and there was no other accused in the case. “For further progress in the case, Pakistan will need to tell us about all the evidence we have shared with them,” he said.

The dossier was sent as letters rogatory through the foreign ministry. The NIA wants Pakistani agencies to share complete details of the items made in Pakistan, as well as the imported items, that the terrorists carried.

The NIA says Pakistan is unlikely to answer its questions in the dossier because of such 'smoking guns'. Besides, Pakistan has consistently denied, over the decades, allegations of state patronage to terror camps and safe havens on its soil.

“It has been their standard practice to not even acknowledge the receipt of any request,” said N.R. Wasan, former NIA special director general. “India and Pakistan do not have a mutual legal assistance treaty. There is no other mechanism in place that makes it mandatory for them to cooperate and share evidence. So, we cannot force them to part with any information. It is a dead-end kind of situation because the political bosses in Pakistan will never be able to take any step against the interest of its own agencies. What we can try to ensure is that we gather enough evidence in our own investigation back home so that we can book the culprits.”

It is for the first time after the Mumbai attacks of 26/11 that such a detailed dossier has been prepared and sent to Pakistan. The dossier also mentions Hafiz Saeed, the 26/11 mastermind and Jamaat-ud-Dawa chief, who is said to have supported the attack. “I have dealt with Pakistan even before the Mumbai attacks,” said former home secretary V.K. Duggal. “We must understand that what they say in meetings cannot be taken at face value. They are the least trustworthy of all the neighbours we have. They will not listen to our baat cheet (talk) or hugs. In today's scenario, it is also in our own interest not to open two fronts. Given China's aggression on the border in Sikkim, we must realise that we need to count each step. The policy of tackling Pakistan firmly and China diplomatically is a correct policy and must be followed.” 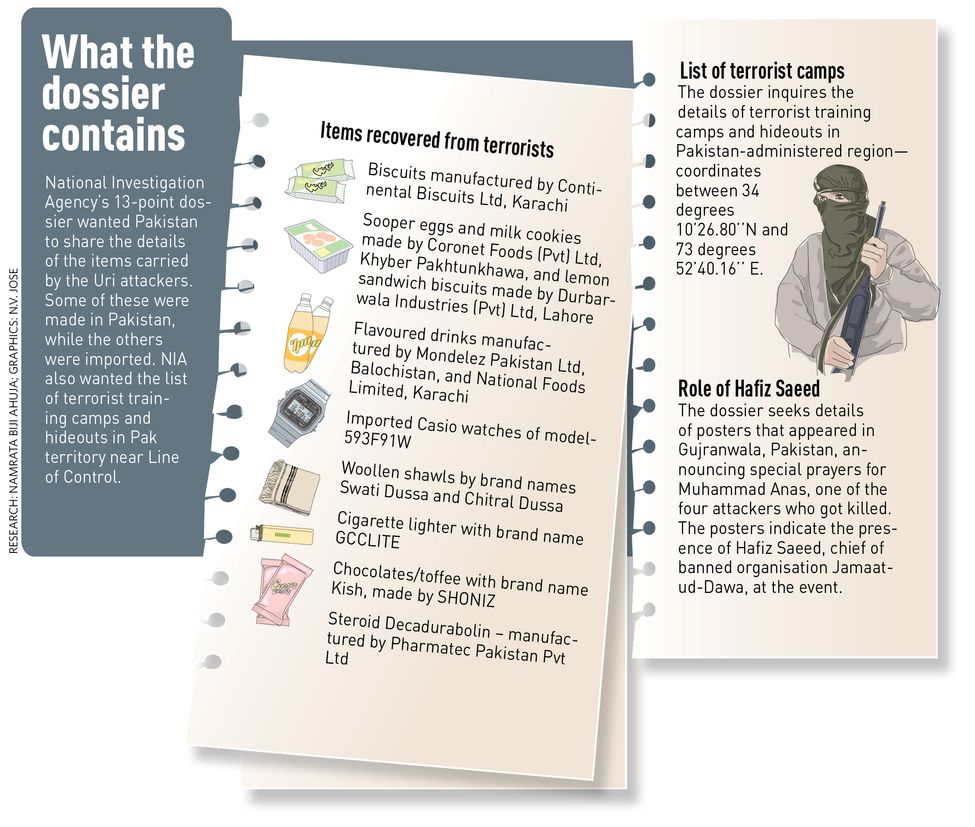