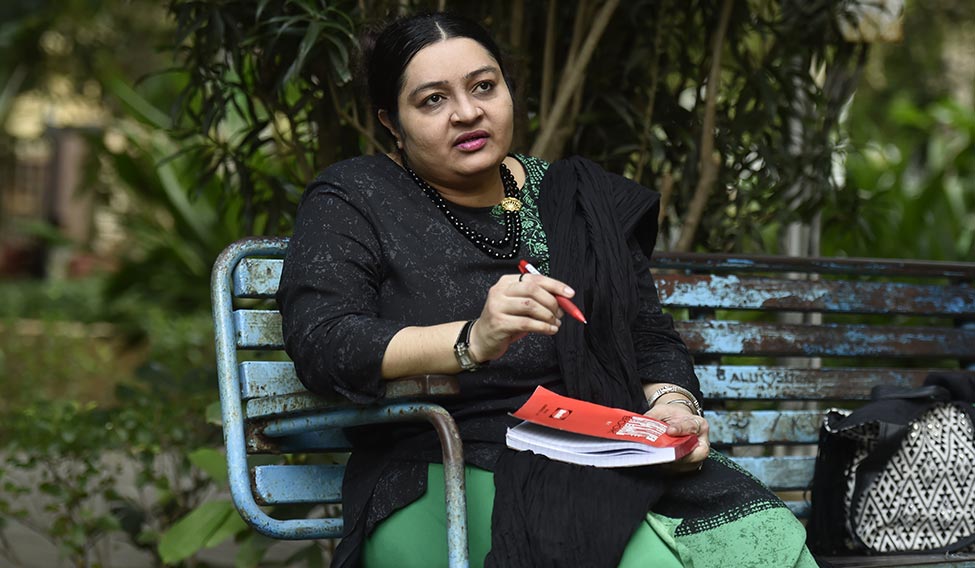 It was a day before Diwali in 1974 that I was born and Jayalalithaa Jayaram was one of the happiest souls, standing next to my parents.

She named me Deepa, which meant light, yet I have always been kept in the dark about her health. As a blood relative, I wanted to be with her in her most trying times as she was the person I loved the most and I always wanted to be with. I was even looked upon by many as heir apparent to my aunt. But journalism was my greatest passion from a very young age.

Right from my school days, I was groomed by my aunt to be active in social work, which awakened a deep social concern in me. She was my role model for her determination, courage, hard work and selfless sacrifices.

Things changed after we moved out of her Poes Garden residence. Suddenly, the house was full of strangers. They were new to me and I had trouble getting along with them.

Back in 1991, on the day she was sworn in as chief minister for the first time, my family had lunch with her. That was an unforgettable day as we were back in her life. I was 16 then. She introduced my father to everyone present as her only brother. She was very happy to see me and asked me to study well and read more. I could never forget those moments. She said how she wanted to raise me in her home like her own child and had named me Deepa. I was totally in awe when I heard it from her. I visited her more frequently after this meeting. Our family would get invitations for public meetings and all important functions that she took part in. 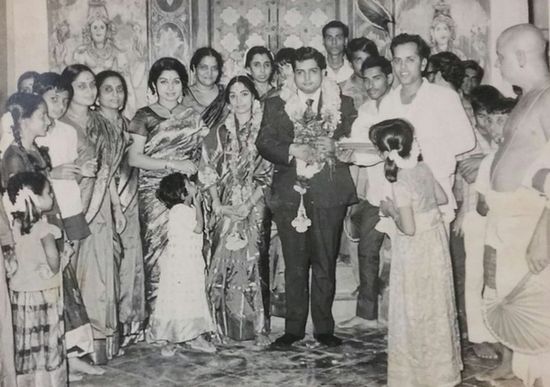 Jayalalithaa (standing next to the bride) at the wedding of her brother Jayakumar in 1972.

But life was not a bed of roses. I lost my father and then came a point when the relationship between my aunt and my family became strained. It was caused by a combination of so many factors and was also influenced by those around her.

All on a sudden, a foster son was introduced. It was one of the incidents that we did not agree on and I felt a pang of misery. The wedding affair cost me the growing intimacy with my aunt. And, it cost her a lot more.

But I still remember how sad and deprived she felt after the death of my father. She had cried saying how he used to hold her hand and take her to school when they were children. She was inconsolable for a long time. That was the real Jayalalithaa that I knew from so deep within.

In 1997, when she was imprisoned in Chennai, I went to see her. She was visibly touched by the fact that I had ventured into the area. She gently reprimanded me and said, “Go home. You are a kid. I will see you when I am back.”

There were instances when I had to face insults and was chased away by guards and staff in Poes Garden. But I could not let myself believe that my aunt, who was so very affectionate and righteous, could ever do this. I never gave up and kept on trying to see her. And, I finally managed to do so in 2002 during her second term as chief minister.

She connected with me instantly and we could feel it in our hearts. We both exchanged views and even had a heated argument on why things were not conveyed to her. Eventually, when we spoke about my father, I cried. She spent five or six hours with me and then she consoled me and said, “I have several meetings to attend. Now you go home and I will see you later.”

That was the last time I saw her.

Deepa is Jayalalithaa’s niece. A journalist, she is doing a research project on war crimes and humanitarian crises in South Asia.