The Netherlands has chosen to publicly acknowledge its bloody past

The country is also open to sending back cultural goods 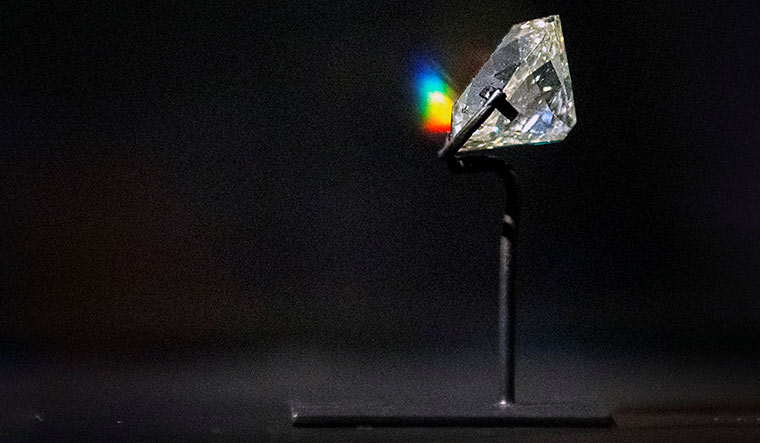 In Amsterdam’s Rijksmuseum—filled with the Dutch masters, where The Night Watch (painting) is the star—lies The Banjarmasin Diamond. But it does not draw quite the same frenzy. This 36-carat diamond from Indonesia has a story similar to that of the Koh-i-Noor. Including the descendants of the sultan wanting it back.

But this is where the story differs. Unlike the Koh-i-Noor, which is very much a part of the crown jewels and the star at the Tower of London, the Rijksmuseum makes it clear that The Banjarmasin Diamond is loot.

In 1859, in very much Lord Dalhousie style, the Dutch “violently seized” the Banjarmasin—as the Rijksmuseum description reads—ended the sultanate and seized the sultan’s possession. The story went that the sultan’s first wife had so many diamonds that they overflowed. Among them was the Banjarmasin. The Dutch took it back to the Netherlands to either sell or give it to King Wilhelm III. Like the Koh-i-Noor, it failed to impress—it had to be cut. It lies at a shining 36 carats.

“When it arrived in the Netherlands, they did not know what to do with this diamond. They are like jostling around with it. Finally they cut it into a multi-faceted stone. The moment they took it the Dutch regretted the fact that they stole it, for it made them actively involved in a nasty situation. They knew they were wrong. And, nobody in the Netherlands wanted to have this diamond. Then it ended up in the Rijksmuseum,” says Maritine Gosselink, director, Mauritshuis Museum, who initiated a research project in the museum to detail the provenance of objects.

Centuries later, however, the Netherlands has chosen to publicly acknowledge its bloody past.

Going beyond just the labelling of an artefact and the truth of how it got there, the country is also open to sending back cultural goods. In January 2020, the Netherlands returned 1,500 cultural artefacts to Indonesia. “My true belief is to do justice to what has gone wrong in the past,” says Gosselink. “And I think that’s the most important part of the story, to repair by restitution. Not only for the people that should have their objects finally back, but also to heal [yourself] as a former colonial country.”

And, to make sense of the past and carefully research the history of each object, the Netherlands National Museums of World Cultures has undertaken a $5.5 million research to recommend what happens to the items. Gosselink was part of the Pilot Provenance Research on Objects of the Colonial Era (PPROCE). The idea was to develop a research methodology and make recommendations for the organisation and policy surrounding provenance research into colonial collections.

“There is no place in the Dutch State Collection for cultural heritage objects that were acquired through theft. If a country wants them back, we will give them back,” said Ingrid van Engelshoven, the Netherlands’ former minister of education, culture and science.

The return of an object, however, is not simple. It is often a long drawn out process. The Benin Bronzes and their return may have been pinned down to the moment that President Emmanuel Macron chose to commission a report—one that would open doors for museums forever. But it took years of working with stakeholders for the bronzes to find the right home. Return of an object opens up questions of ownership, whether the country has the infrastructure to keep it; sending an object is also often a complicated process—especially if there is more than one claimant. “Just to give back without discussing it with the many stakeholders involved, you might raise another problem,” says Gosselink. “The Banjarmasin diamond, for example, could be claimed by the sultan’s family or by the province of South Kalimantan, or by the Indonesian state. Whom do you give it back to? Officially, the Dutch national government only works together with the Indonesian government. So it means to give it back to the [Indonesian] government? At the same time, the descendants of these families are still alive. You see, it is not always easy,” says Gosselink.

The answer is working together to find ways to sort through the messiness of history. To work with the past, to find ways to heal, and to tell the truth, to both sides. And as Gosselink puts it, “Turning the bad part in our history, in a very positive way.” A way to do it is to use augmented reality to tell the story of a piece that has been sent back.