India has not done enough to bring back Koh-i-Noor: Geoffrey Robertson 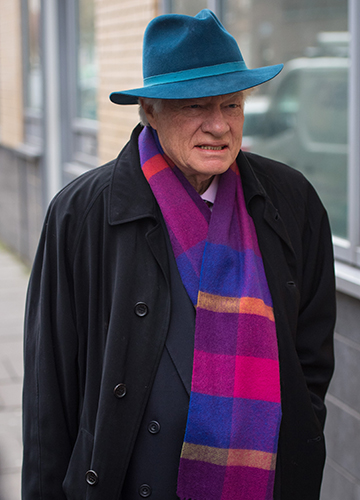 GEOFFREY ROBERTSON IS founder and joint head of Doughty Street Chambers, the largest human rights practice in Europe. One of the world’s leading human rights lawyers, Robertson is a passionate believer in the restitution of heritage to the countries that it came from. In 2011, he was approached by the Greek government to get back the Elgin Marbles (collection of classical Greek marble sculptures) in the British Museum, London.

Robertson believes that diplomacy is futile. In his book Who Owns History? Elgin’s Loot and the Case for Returning Plundered Treasure he makes a case for the Koh-i-noor to be returned to India.

Has India done enough to get back the Koh-i-Noor?

India has not done enough. India is in stark contrast with countries like Greece that are demanding their colonial loot. In the case of India there is a very good case that the diamond was taken by improper and unconscionable means. Now it is at the Tower of London. It is singled out and the real story is not told.

Do you think that there is a legal way forward?

I think India should make a public demand and engage in diplomacy. The British are desperate for a trade deal with India and they want India to take a strong line with Russia. This is the time to make the demand. India will look at this favourably if the Koh-i-noor is returned. Boris Johnson just visited India. I don’t think there was any request made on the Koh-i-noor.

Do you think that the case of the Benin Bronzes has set the precedent for repatriation? Could it help in the Koh-i-Noor case?

I think that there is now growing support internationally for the return of cultural goods wrongfully taken away. China has been demanding their stuff back. France is returning artefacts taken from Africa. British museums, apart from the British Museum [in London], have returned artefacts. This is the time. Greece is contemplating going to the International Court of Justice for the marbles. India has to begin by demanding the diamond.