Satyendar Jain's arrest before Himachal polls too much of a coincidence: Sanjay Singh 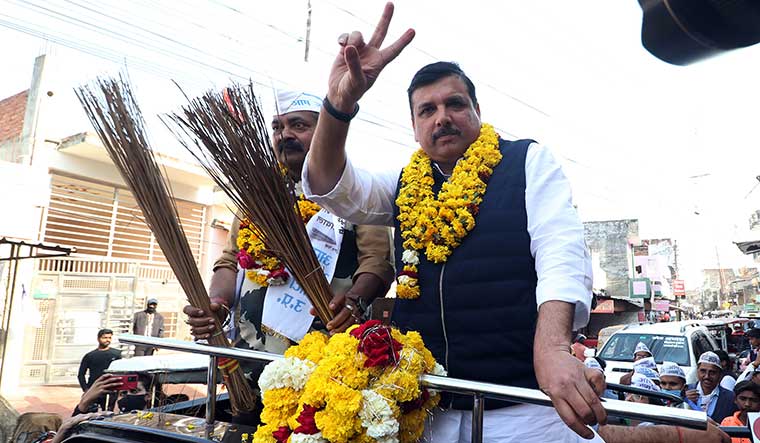 The Enforcement Directorate is fast becoming an agency used by the BJP-led Central government to humiliate and harass opposition leaders by putting them in jail. The ED does not act against the likes of Vijay Mallya, Lalit Modi, Nitin Sandesara, B.S. Yediyurappa, K.S. Eshwarappa or those accused in the Vyapam case. Rather, false and baseless allegations have been foisted against Satyendar Kumar Jain, an honest leader of the Aam Aadmi Party.

In the last eight years, Jain has appeared before the ED on seven occasions. Why did the agency not feel the need to arrest him then? The ploy to target him was exposed when the ED itself said in the Delhi High Court that he was not an accused and there was no FIR against him. He is, after all, a minister and you have kept him in custody without an FIR? Is the ED office a Big Boss house where you take opposition leaders? The lower court had said that a lawyer will be present during his questioning, but the intentions of the ED were exposed when they went to the High Court against that order.

After questioning him, when they could not find anything, the ED raided his house and, in the process, humiliated his family members. The raids were also meant to divert attention from the international outrage over the hateful remarks made by BJP members. The divisive politics of the BJP is doing great harm to the country. The economy is in a bad shape. Kashmiri Pandits are crying out for help. But the government is busy going after opposition leaders.

The BJP government does not like the Kejriwal government or Jain because the mohalla clinics and the health system put in place by them are being talked about in the country and abroad. Jain is AAP’s election in-charge of Himachal Pradesh. It is too much of a coincidence that he has been taken into custody just ahead of the polls in Himachal Pradesh.

Earlier, too, the BJP government carried out CBI raids on the offices of Delhi Chief Minister Arvind Kejriwal and Deputy Chief Minister Manish Sisodia, but found nothing. Thirty-four MLAs were arrested on various charges, but the courts gave them a clean chit. Now, on the instructions of the Central government, two BJP leaders in Delhi have made a false complaint against Sisodia.

It has to be noted that the conviction rate of cases probed by the ED is just 0.4 per cent. Just imagine the amount of money that is being wasted on these cases.

We will raise the issue of misuse of investigating agencies in the next session of Parliament and expect the support of other opposition parties on this issue.

Singh is an AAP leader and Rajya Sabha member.