It is a classic case of political vendetta and pettiness, says the Congress leader 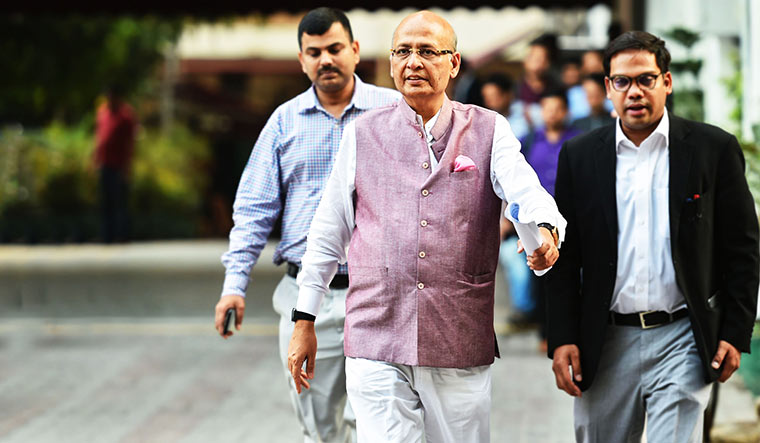 The Associated Journals Ltd (AJL) case is truly a very weird case of alleged money laundering on which summons were issued to our leaders. It is a case where in fact there is no money involved. It is a classic case of political vendetta and pettiness.

The CBI case or the investigative process began with Dr Subramanian Swamy, a well-known baiter of the Congress, in 2014-15. The Enforcement Directorate had not thought it fit till now to summon Congress president Sonia Gandhi or former Congress president Rahul Gandhi. Now, on exactly the same alleged acts and omissions, the ED went ahead and issued summons to them.

What makes it a strange case of alleged money laundering where no money is involved? AJL is a venerable old company that has been in existence for decades and carries the great flag of National Herald. It has always stood for a set of values, but did not succeed commercially. It was thus burdened by financial problems. The Congress, in sync with the values that AJL stood for, provided financial support—around Rs90 crore—to it over a period of time. AJL was thus a company with debt. This debt was converted into equity, which is an established practice in corporate activity in India and abroad.

The debt of Rs90 crore, converted into equity, was assigned to a new company called Young Indian, the result being that AJL became free from debt. Young Indian was formed under Section 25 of the Companies Act, which means that it is a not-for-profit company. It cannot pay dividends to its shareholders and directors.

The case had been closed in 2015. But this malafide government sacked the head of the ED at that time. They are trying to reopen the case seven years later and have summoned the Congress president and the former Congress president.

The government is attacking every political party, driven by a sense of vendetta. This will ultimately be the undoing of the ruling party. On our part, we will not be intimidated by such political pettiness.

A senior advocate, Singhvi is a Congress leader and Rajya Sabha member.