PMLA is contrary to tenets of criminal jurisprudence: Kapil Sibal 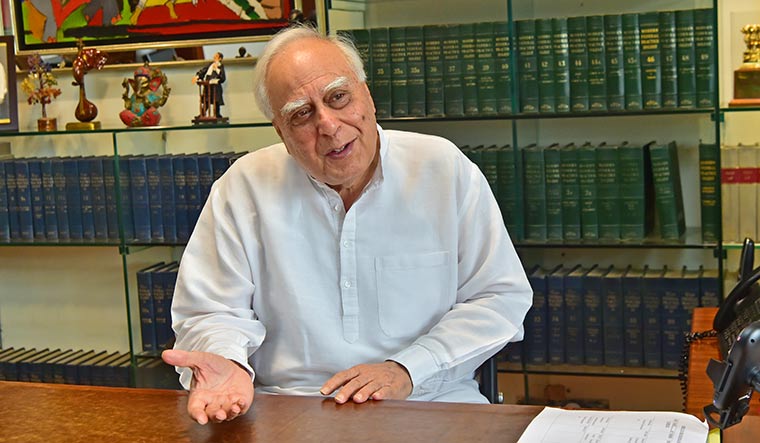 The Enforcement Directorate (ED) is seen to use the Prevention of Money Laundering Act, 2002, to target opposition leaders. Recently, the ED served summons to the Congress leadership—Sonia Gandhi and Rahul Gandhi—and arrested a cabinet minister of the Delhi government. Similarly, in West Bengal, Abhishek Banerjee and others are being proceeded against. There is a fresh case against Karti Chidambaram.

The law is used to selectively target leaders in opposition-ruled states. In Maharashtra, notices have been served to leaders who spoke against the BJP, including ministers of the Maha Vikas Aghadi government. Non-government organisations that are outspoken and dare not only to criticise government policies but also speak out against the politics of hate are also not spared—their funding is frozen and their FCRA [Foreign Contribution (Regulation) Act] status is challenged.

Being a counsel in most of the matters that are under investigation, I do not wish to comment on the merits of these cases. All these matters are sub-judice. However, the question that I wish to ask is why this draconian law is being used only against leaders in opposition-ruled states?

Several of the scheduled offences are also offences under the Indian Penal Code, where the bail provisions that apply are governed by the Code of Criminal Procedure. Ordinarily, section 420 of the IPC deals with the offence of cheating and the accused could get bail. But if it attracts a PMLA-scheduled offence, the accused is not likely to get bail. It is only when the judge has reasonable grounds to believe that the accused is not guilty of the offence that bail will follow. Courts often decline bail by holding on the basis of the allegations made that the accused cannot be not guilty of the scheduled offence. At that stage, the accused is not in a position to demonstrate his innocence. Because of the misuse of the law, coupled with the stringent provisions for bail under PMLA, several innocent persons are languishing in jails.

There are anomalies in the law which hopefully will be addressed by the three-judge bench of the Supreme Court, and bring some clarity in the application of the law. Right now, as the law is being implemented, it is pernicious, extremely harsh and contrary to acceptable tenets of criminal jurisprudence.

The law, as it stands, allows the ED to record statements of persons without specifying whether they are witnesses or accused in the case. Such statements can later be used against them. The ED contends that till such time a formal complaint is not filed under the act, the person is not an accused. Several questions arise for consideration. When an accused in a predicate offence is called for questioning by the ED, it is obvious that he is being called in his capacity as an accused. In that capacity, the accused is protected under the law and can exercise his constitutional right not to incriminate himself while answering questions. There is not enough clarity under the law on this aspect.

Moreover, the ED registers an Enforcement Case Information Report (ECIR), an internal document. The contents of the ECIR are neither placed in the public domain nor are they revealed to the accused. Without any knowledge of the allegation against him, the accused is handicapped and finds it difficult to enforce his legal rights. Meanwhile, the accused can be searched and his properties equivalent to the value of the money allegedly laundered can be attached. These harsh procedures can paralyse his business. The consequences are serious.

In addition, the accused can be summoned for investigation into allegations of money laundering. These procedures allow for a fishing-and-roving enquiry since the ED does not have sufficient proof of money laundering before it launches its investigation. Yet, it has the power to attach properties even before the predicate offence is fully investigated.

The fact that the conviction rate of prosecutions by the ED is extremely low is a matter of record. Clearly, the PMLA is simply an instrument of harassment used by the government to target the opposition and those who raise their voices against it. While we call ourselves a democracy, the manner in which this law is misused is entirely undemocratic.

Sibal is a Rajya Sabha member. As a senior advocate, he represents several accused in the ed cases, including Trinamool mp abhishek Banerjee and Congress mp karti Chidambaram.