Myntra and his mantra 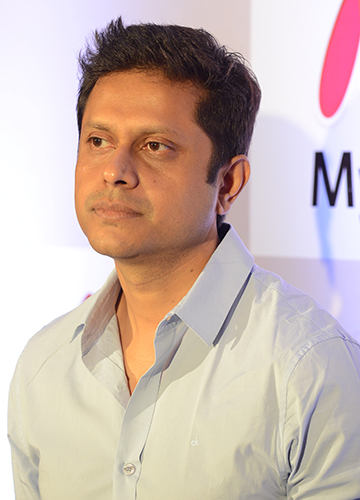 THIS JUNE, WHEN Tata Digital signed an MoU for an investment of $75 million in CureFit Healthcare Private Limited, it was a major milestone in Mukesh Bansal’s journey as an entrepreneur. The CureFit founder, who also joined Tata Digital as president, said: “Joining Tata Digital marks an exciting new step for me and my team and is a recognition of the value we have created with CureFit for fitness enthusiasts in India. Being part of Tata Digital will enable us to nationally scale up our offerings. Tata Digital has a highly inspiring vision to create the next-generation consumer platform and I am excited to be part of the team that is shaping this vision.”

Bansal had started his business career in 2007—he co-founded the e-commerce venture Myntra with Ashutosh Lawania and Vineet Saxena. Initially, Myntra was a website for buying and giving gifts, but later evolved into a fashion retail platform. An IIT Kanpur graduate from Haridwar, Bansal had worked in Silicon Valley for a handful of years. Then the entrepreneurial bug bit him.

In 2014, Flipkart acquired Myntra for $300 million in what was, at the time, the largest acquisition in the Indian e-commerce space. For two years, Bansal was head of commerce and advertising business at Flipkart, and continued as Myntra chairman.

Then, he ventured into the health and fitness market and co-founded ‘CureFit Healthcare Private Limited’ with Ankit Nagori, the former chief business officer at Flipkart. This was also when he wrote his first book—No Limits, The Art and Science of High Performance. CureFit offered a holistic range of products and experiences that covered fitness and yoga, mental wellbeing, healthy meals, consultations, diagnostics as well as personal training.

In 2020, the pandemic hit CureFit hard. He had to lay off employees and shut several gyms. The food vertical, EatFit, also suffered. Bansal, however, sensed an opportunity and transitioned to an online model. The company rebounded, and continues to grow. Earlier this year, CureFit acquired fitness aggregator Fitternity, which took its collective user base to three million. It had earlier acquired companies such as The Tribe, Kristys Kitchen, a1000yoga, Fitness First India, Seraniti, Rejoov and Onyx.

As he gets going in his new role at Tata Digital, Bansal has already created an impressive body of work. The 45-year-old, if nothing else, has been flexible and quick to adapt. A lesson many budding entrepreneurs would do well to remember.