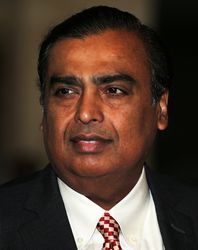 NO HUMAN BEING is born great. Greatness is achieved by those who devotedly pursue and realise their purusharth—the purpose and potential of human life.

The greatness of my father, Dhirubhai Ambani, lies in what he achieved for our beloved motherland, India. Son of an ordinary village school teacher in Gujarat, who started off as a commoner with meagre means and limited opportunities, he built a world-class and world-scale business in his own lifetime.

He was way ahead of his time. What he lacked by way of pedigree and resources, he more than made up with his vision, ambition, passion, dedication, humility and a burning desire to see India become an economic superpower. 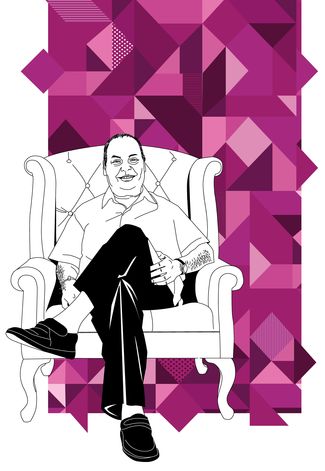 He thereby validated three truths. First, in an era when the whole world doubted India’s capabilities, he demonstrated that our country could create businesses of the future, by harnessing technologies of the future, and thus meet India’s vital development needs. Second, in an era when the capabilities of India’s private sector were doubted within India, he showed that our entrepreneurs could create wonders if the shackles on their growth were removed. He thus became an exemplar of the policy of economic reforms, which placed India on the path of rapid and inclusive prosperity. Third, with the example of Reliance which he built from scratch, he demonstrated to common Indians that any aspiring entrepreneur who dares to dream big can achieve success provided they pursue their dreams with determination, diligence, perseverance and courage.

His advice to India’s youth, for whom he became an iconic role model, is equally relevant today: “You should challenge negative forces with hope, self-confidence and conviction. I believe that ambition and initiative will ultimately triumph.”

His limitless energy and positivity were infectious. He had a unique gift of motivating people around him to achieve things that they, and the rest of the world, believed were impossible to achieve. For example, very few believed India could achieve significant energy security by building the world’s largest greenfield and integrated refinery and petrochemicals complex. Similarly, very few believed India could nurture a mass equity culture by making millions of ordinary people shareholders and co-owners of India’s growth story. He converted these seeming impossibilities into realities.

There was one very special quality of my father, which I would like our young startup entrepreneurs to emulate—he was never baffled or deterred by adversities. In fact, with his grit and tenacity he turned adversities into opportunities. He believed that limitations exist only in the mind. “Think big, think fast, think ahead. Ideas are no one’s monopoly,” he used to say.

Dhirubhai was humility personified. Be it the elite or the commoner, his charisma mesmerised all. Philanthropy was always an integral part of his business philosophy. The huge desalination plant, the large marine biology park and Asia’s largest mango orchard which he cultivated on thousands of acres of barren land at Jamnagar are a few examples of his sense of responsibility towards communities and Mother Nature.

Being my father, Dhirubhai was, and will always be, the biggest source of inspiration to me. Whatever Reliance is today, is because of him. At Jio, Retail and our new energy initiatives, we have institutionalised his timeless thoughts into our internal structure and management principles. However, Dhirubhai Ambani no longer belongs solely to Reliance. The life of this lifelong karmayogi is an inspiration for all of India’s youth and entrepreneurs—yesterday, today, tomorrow and forever.

Mukesh Ambani is chairman and managing director of Reliance Industries.