GHANSHYAM DAS BIRLA died in London on June 11, 1983, at the age of 89. Sunday magazine’s cover page dated June26-July 2, 1983, announced that ‘The King is Dead’. ‘The king is dead, Long live the king’ is a medieval European phrasal template that proclaimed the demise of a king’s mortal body and the people’s desire for the continuation of the body politic, which was the kingdom or the king’s legacy. Birla’s legacy hinges on at least three elements: his leadership of Indian industry; his role as a national and global emissary across the political spectrum, and his vision to empower the young through educational institutions that he founded.

In the early 20th century, Birla transformed his family business from trading to industry by foraying into jute manufacturing. Jute, more than cotton, was closely connected to the global economy, because it catered to packaging. The demand for jute was thus directly proportional to the volume of international trade. Although profits were enormous in this sector, jute manufacturing was a European monopoly. The Europeans created numerous obstacles for Birla, such as the denial of membership to the association of jute manufacturers and access to finance from the local banks. Birla was also humiliated by British industrialists and their associates for his audacious entry into a European monopoly. Smarting from these insults, Birla unified Indian big business and zealously promoted the creation of the Federation of Indian Chambers of Commerce and Industry (FICCI, 1927)—a pan-India organisation that aimed at protecting indigenous business interests in various sectors of the economy. Birla was indeed one of India’s leading industrialists since the 1920s, but it was his decisive leadership within the industrial and service sectors that placed him heads and shoulders above the rest. 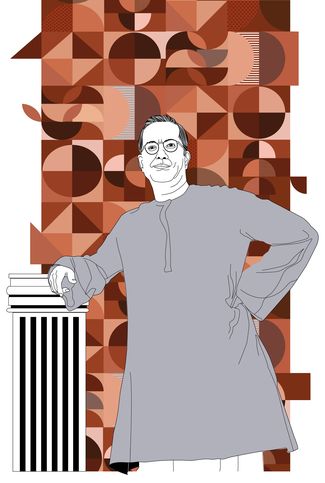 Birla’s experiences as a pioneering industrialist endowed him with an understanding of the intimate relationship between economics and politics. Although he met Mahatma Gandhi as early as 1916, he became a close confidant only in 1924. Consequently, many of the Mahatma’s constructive programmes since then were financed by Birla. For nearly two decades, Birla remained founding-president of the Harijan Sevak Sangh. He ensured the support of the Indian capitalist class for the national movement.

During the 1930s, Birla became a bridge between the Gandhian faction and the various ideological groups within the Indian National Congress. He attempted to inflect British government policies towards India by interceding with officials in London and Delhi during the 1930s and the 1940s. During that period, Birla’s deep knowledge of economic and fiscal matters were valued by the Congress leadership. Later, he played out his role as an international emissary yet again by arguing India’s case with American officials, especially during that traumatic decade of the 1960s, which was plagued by wars, droughts and famine.

Out of that engagement with the Americans was born the Birla Institute of Technology and Science (BITS Pilani), which was modelled on the Massachusetts Institute of Technology, arguably the world’s finest technological university of the 20th century. Although BITS Pilani was founded in 1964 as a privately funded deemed university, its origins could be traced backwards to a series of institutions that Birla planted in the semi-arid lands of rural Rajasthan: the Birla Engineering College founded in 1946, the Birla College of Arts, Science and Commerce founded in 1943, and the Birla Intermediate College founded in 1929. All these institutions were initially curated by the Birla Education Trust (BET), which was founded in Calcutta in 1929, with its headquarters in Pilani, and it is now a legend in the global map of educational towns.

Birla Education Trust managed hundreds of primary schools including schools for girls in its early decades despite tremendous political hostility from the officials of the erstwhile Jaipur State and British India. As BET enters its centenary decade, it continues to tend to thousands of young minds in its many schools. BITS Pilani has evolved from being a deemed university with a unitary campus to an institution of eminence with multiple campuses in India and abroad. The contribution of these institutions in empowering women and the depressed classes in a society that was once so conservative is arguably one of its greatest and most understated achievements.

The character of those achievements was not dissimilar to the nature of the man—famous yet often aloof. Birla not just funded institutions that carried his family name. Sometimes publicly, but at other times, discretely, he financed numerous institutions including the Aligarh Muslim University, the Benares Hindu University, the Central Electronics Engineering Institute, and the Delhi School of Economics. For those who missed the opportunity to learn science in school or college, Birla founded the first science and technology museums in independent India for the common people.

His scientific temperament is evident even in Birla’s religious endowments. The Sharda Peeth Temple at Pilani dedicated to the goddess of learning has sculptures of numerous outstanding men and women from around the world and across time—from Christ through Marx to Einstein and from Shankara to Mira. While being traditional yet non-conformist, patriotic as well as cosmopolitan, Birla transformed India during his lifetime that stretched from the Victorian to the nuclear age, and perhaps, even beyond his death. The king is dead, long live the king!