The real story behind Sanyasi rebellion

In 1872, the Bengali poet-journalist Bankim Chandra Chattopadhyay published Anandamath, a historical novel set in the background of the Sanyasi Rebellion of the late 18th century. It became an instant classic, inspiring generations of nationalists to struggle against the colonial rule as the sanyasis had done. Many such nationalists went to the gallows singing the poem in Anandamath that would later become India’s national song—‘Vande Mataram’. 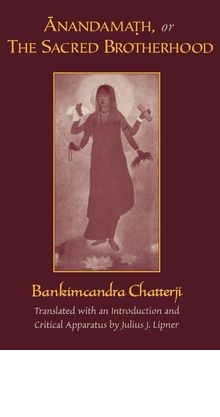 Classic recall: Bankim Chandra Chattopadhyay‘s Anandamath was set in the background of the Sanyasi Rebellion

While the greatness of Anandamath as a work of literature is not disputed, the true nature of Sanyasi Rebellion is. Many historians have taken issue with Chattopadhyay’s naming of the rebellion itself. Since both Hindu and Muslim monks had revolted, a more apt name would have been Fakir-Sanyasi Rebellion, they say. Historians abroad have even suggested that the contribution of fakirs was much more than that of the sanyasis.

In Anandamath, Chattopadhyay portrays the sanyasis as selfless residents of a sacred abbey. Historians say the monks who began to rebel against the British in 1760 were Dashnami Naga Sanyasis, who wore little or no clothes and lived in akharas—monasteries that doubled as armouries and training centres. According to the historian Jamini Ghosh, who wrote about the rebellion in the 1930s, the movement does not deserve to be called the first struggle against the British rule, even though it was a united revolt of Hindu and Muslim monks against the British led by Warren Hastings, who took over as governor general of Bengal in 1772. “They (the sanyasis and fakirs) were aggressive plunderers in religious garb, tormenting the Bengal countryside,” wrote Ghosh.

When the rebellion started, British rule had not yet been properly established. The East India Company was still a trade licensee of the Mughal emperor in Delhi. The Naga monks were also traders largely based in Varanasi. Many of them had travelled through Bihar and settled in North Bengal’s Jalpaiguri district bordering Nepal. The Nagas used to trade with Nepal; for them, North Bengal served as a trade corridor. Over time, the Nagas population also spread to south Bengal.

“They were resourceful and influential, and kept on purchasing land,” said Shouvik Mukhopadhyaya, head of the department of history at Calcutta University. “They also used to impose levies on common people, and carried arms with them while travelling.”

The fakirs were from Persia; they settled in Azamgarh in Uttar Pradesh in the 17th century. They later spread to Bihar and Bangladesh, which were part of undivided Bengal then. Belonging to the Madariya sect that believed in the Sufi philosophy, the fakirs did not follow sharia. “In fact, many doubted whether they could be called true Muslims,” said Mukhopadhyaya. “They were influential and engaged in money-lending.” The rebellion was only intended to protect their interests. The East India Company had by then secured the dewani from the Mughals, allowing it to streamline administration and revenue collection in Bengal. After he became governor general, Hastings also challenged the charging of levies by the sanyasis and fakirs.

“The tussle soon escalated to rebellion as both the fakirs and sanyasis used to carry arms and were physically trained,” said Mukhopadhyaya. “Interestingly, the rebellion went on for more than three decades. Historians say nationalism was not a reason for the rebellion, because the definition of one’s ‘country’ was then very local.”