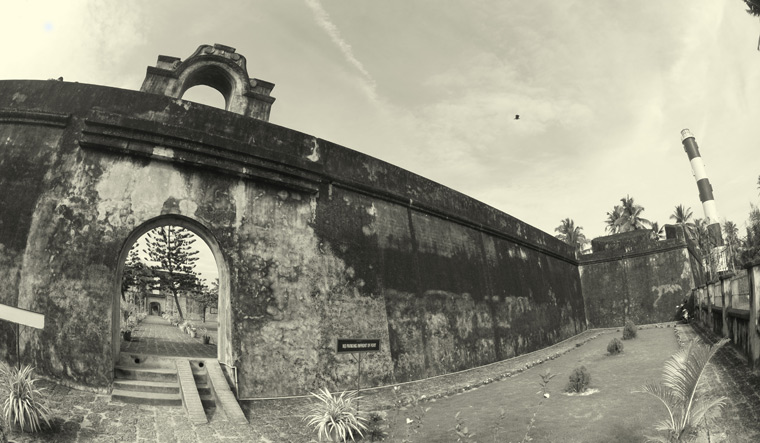 The fort remembers: The Anchuthengu Fort became a full settlement of the English in 1694 | B. Jayachandran

Attingal was quite famous in London literary circles of the 18th century, not because of the revolt but because it was the birthplace of a pretty woman of “great calibre”—Eliza Draper. She was the muse of Laurence Sterne, author of Tristram Shandy and A Sentimental Journey.

But Draper was more than just a muse. Witty and frank, she was a chronicler of her times—her letters to her cousins carried keen observations about life in pre-independent India. The letters, preserved in the private collection of Lord Basing, were routed into a book, Sterne’s Eliza.

In a letter to Eliza, Sterne wrote: “Who taught you the art of writing so sweetly, Eliza? You have exalted it to the level of science… their sense, natural ease, and spirit, is not to be equall’d, I believe, in this section of the globe; nor, by any of your country women in yours.”

Eliza was born at Anchuthengu in Attingal on April 5, 1744. Her father May Sclater was secretary of the Anjengo Fort, and mother Judith Whitehill was the daughter of the fort’s chief Charles Whitehill. Scalter died in 1746 and Judith died two years later, leaving three daughters in the care of her parents.

Eliza married Daniel Draper, a senior official at the East India Company. He was 20 years older and the marriage was set to doom from the word go. If she was a vivacious girl, full of energy, he was a dull man who rarely smiled.

On a visit to London, Eliza met Sterne, who was captivated by her vivacity and intelligence. Three months later, Eliza left for India. Sterne immortalised her in his books. He died from consumption a year later without seeing her again.

Eliza was least concerned about the stifling British moral codes. She ended her marriage with Draper, writing a note to him, and left for London. She became the life and soul of the London literary circles—a rare thing for a woman in those days.

In 1778, she met French writer Guillaume Thomas Raynal and reportedly helped him write Histoire des deux Indes. Eliza died the same year and Raynal wrote a tribute: “Territory of Anjengo, thou art nothing; but thou hast given birth to Eliza.... The men used to say that no woman had so many graces as Eliza; the women said so too. They all praised her candour; they all extolled her sensibility; they were all ambitious of the honour of her acquaintance.”