Kagodu Satyagraha: An uprising that demanded dignity for peasants 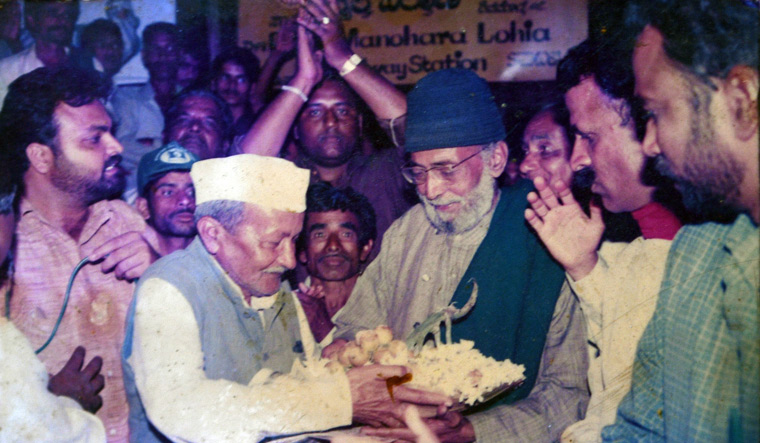 The architect: Freedom fighter Ganapathiyappa (left) at a fucntion

The Varada river flows quietly along Kagodu, a hamlet in Sagara Taluk of Shivamogga district in Karnataka, nourishing vast tracts of paddy fields, coconut, banana and areca plantations. In 1951, this village witnessed an important peasant uprising named Kagodu Satyagraha, which set the scene for major land reforms in Karnataka two decades later. Driven by landless peasants from a backward community called Deevaras, the defining moment of the movement was that it spelled the end of the exploitative gowda-genidaara (landlord-tenant farmer) relation in Karnataka’s Malenadu region.

“Lohia mara”, a peepal tree planted by the socialist leader Ram Manohar Lohia who came to support the agitation, remains the only symbol that reminds the village about the agitation. The satyagraha was started with the Kolagada jagala—a dispute over kolaga, a container used to measure agriculture produce grown by tenant farmers. While the landlords used a smaller kolaga (of three measures) to loan grains to the tenant farmer, they used a bigger kolaga during the loan repayment. 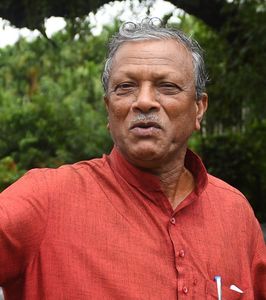 H. Ganapathiyappa, a freedom fighter belonging to the Deevara community from the neighbouring Siddapura village, was the architect of the Kagodu Satyagraha. Ganapathiyappa had taken part in the Quit India Movement, and had spent time in Sirsi and Hindalagi jails before coming to Hirenellur in Sagara taluk. There he started a school in an attic of a Lingayat landlord.

A temple row that erupted in 1948 about installing new idols in a temple in nearby Hirenellur village was the precursor of events that would lead to the agitation. The Deevaras were the main contributors—but the landlords tried to steal the credit for its installation. Ganapathiyappa responded to it by printing a handbill in the name of Deevara Mandali (Deevara Circle), which made the landlords furious. They shut down his school and sent men to attack him. This made him flee his home in Siddapura. He started teaching at the Mariamma Temple in Hirenellur and began mobilising men from his community.

On January 4, 1951, with the support of leaders from the community, he founded the Sagara Taluk Raitha Sangha. Ganapathiyappa then began to sensitise the Deevara youth about their rights. The disparity in the size of the kolagas became a contentious issue and snowballed into a full-fledged peasant agitation. The slogan uluvavane neladodeya (tiller is the owner) was first coined during this agitation—after socialist leaders started associating with it.

Interestingly, K.G. Wodeyar, a Gandhian Congress leader (who had won the Lok Sabha seat from Shivamogga in 1952 and 1957), was the main target of the satyagraha. Guruvayya Gowda, the youngest brother of Wodeyar, refused to budge to the demands of the peasants. He argued that the terms of tenancy were non-negotiable as the geni (food grains) collected from the tenants in Kagodu was much less compared with those in nearby villages. Gowda then issued a diktat against the agitating farmers entering his fields. He had the support of other zamindars and government officials.

However, in April 1951, a section of farmers entered the fields for sowing. The landlords chased them out, confiscated their ploughs and filed cases of criminal trespass against them. This made Ganapatiyappa and others intensify the movement. Soon, farmers from other taluks and socialists from Bengaluru, Kolara, Davangere, Chitradurga and Shivamogga came in batches to be part of the movement. Every day, the agitators would try to enter the fields and the police would arrest and bundle them into the sub-jail in Sagara.

Lohia landed in Kagodu to support the movement on June 14, 1951. On his way back, he, along with a few other leaders, were arrested by the police at the Sagara railway station. On September 21, 1951, socialist leader Jayaprakash Narayan visited the Sagara jail and told the satyagrahis that their agitation had caught national attention. Soon, the farmers were released, but without a clear roadmap on the agitation.

G. Rajashekhar, author of Kagodu Satyagraha says that the movement ended on a compromising note. “It neither demanded land ownership nor challenged the status quo, the social hierarchy or the power equation between the landlord and the tenant farmer,” he said. “It did not factor in the rights of landless labourers or dalits in the village. The satyagraha seemed like a mere dispute over the kolaga. However, it did mobilise the oppressed Deevara community to unite and find their voice.”

Kannada writer from Sagara, Na D’Souza, who has authored Kolaga, a Kannada novel inspired by the farmers’ movement, points out that before the satyagraha, a Deevara was even not allowed to wear footwear, or new clothes while walking in front of his zamindar’s house. “food was served to the genidaara only at the naayi katte [place where dogs are fed] in the zamindar’s backyard,” he said.

Ganapathiyappa’s wife Manjamma, who lives with her son Hoysala at Vadnala, remembers her husband as a person who was committed to the movement. “My husband was not subservient to the Wodeyars as he was educated,” she said. In 1974, the Congress government led by D. Devaraj Urs brought in reforms that granted land ownership to peasants. Ironically, Ganapathiyappa’s family did not get land for a long time even after the reforms. “Some local politicians ensured that we do not get land as they wanted to keep my father’s political growth under check,” says Umesh, the eldest son of Ganapathiyappa.

The Wodeyar family, too, reminisces the old times. “The Sagara Taluk had many landlords who owned more land than us, but it was an irony that a kind-hearted and cultured man like my father was targeted,” said Susheela, daughter of Wodeyar.

“Wodeyar was soft-spoken, a freedom fighter and a Gandhian. But his two brothers were feudalistic like other landlords in the region,” reasons Umesh. “The agitators chose Wodeyar to catch the attention of the government.”