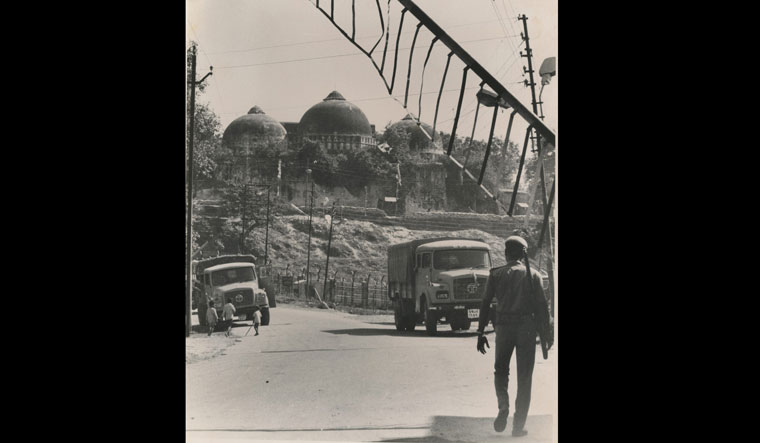 Failed gambit: Rajiv Gandhi’s prime ministership was blighted by the acrimony over the unlocking of the Babri Masjid in Ayodhya 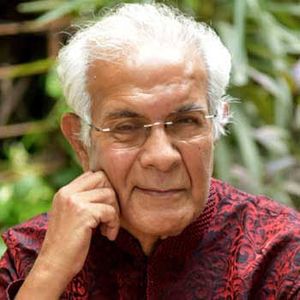 Rajiv Gandhi’s ascension to the post of prime minister marked the emergence of India as a modern nation state, but one born with the indelible but unspoken scar of a violent partition. Rajiv’s government was compelled to come to grips with the aftershocks as a post-trauma generation assumed charge.

Rajiv’s instinct was inclusive. But his prime ministership was blighted by the acrimony over what has come to be known as the Shah Bano amendment to Muslim personal law and the unlocking of the Babri Masjid in Ayodhya. The monsters unleashed by the partition of India had come home to roost.

According to a magazine report published in March 2017, India had been beset with 58 major communal riots in 47 locations since 1967, the year prime minister Indira Gandhi took office. In May 1983, she wrote to home minister Prakash Chandra Sethi, “The increase in communalism in recent months and the large number of attacks on the lives and properties of minorities is cause for deep sorrow. These incidents are a blot on the good name of our country.”

She went on to outline a 15-point programme for the welfare of minorities. It was in this background that the pejorative phrase “appeasement of minorities” became popular.

Shah Bano, 62, was the wife of Mohammed Ahmad Khan, an affluent and well-known advocate in Indore. After a marriage of 14 years, she was thrown out of her house along with her five children when Khan took a second wife. After a prolonged battle in local courts over Khan’s refusal to provide alimony, an appeal was filed in the Supreme Court by Khan in 1980. In a unanimous decision on April 23, 1985, a five-judge bench—chaired by chief justice Y.V. Chandrachud, together with justices Ranganath Misra, D.A. Desai, O. Chinnappa Reddy and E.S. Venkataramiah—pronounced that “there is no conflict between the provisions of Section 125 and those of the Muslim Personal Law on the question of the Muslim husband’s obligation to provide maintenance for a divorced wife who is unable to maintain herself.” The court went on to advocate a uniform civil code for India.

As director in the Prime Minister’s Office at the time, dealing with matters concerning the minorities, I found on my table letters, petitions and memoranda from organisations of Muslim clerics from across the country. They opposed the judgment and sought government intervention. I suggested that I reply to each, and that the government avoid legislative intervention and, instead, advise petitioners to seek legal redress in a review before the apex court.

Months later, however, M.J. Akbar, then a rising star in journalism, convinced Rajiv that Muslims needed the reassurance that only legislation could bring. This was in direct conflict with the opinion of then minister Arif Mohammed Khan, who had been asked by Rajiv to convince Muslims of the merits of the Supreme Court judgment. Khan had argued that the Quranic provision, or lack of it, for providing maintenance was neither an injunction nor closed to interpretation. In May 1986, the Muslim Women (Protection of Rights on Divorce) Act was adopted, specifically upholding the writ of the Muslim personal law. 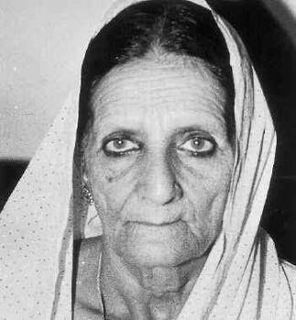 Unwelcome move: Rajiv Gandhi’s actions in the Shah Bano case was made to appear as a capitulation before Muslim obscurantism

The act cannot be faulted for curtailing the rights of Muslim women. Experience demonstrates that the law has had the positive result of Muslim women receiving a large, one-time payment from husbands during the period of iddat (the period of waiting after divorce or husband’s death), instead of a maximum monthly payment of 0500—an upper limit that was removed. Cases of women getting lump-sum payments for lifetime maintenance have become commonplace.

Nevertheless, the act was made to appear as a capitulation before Muslim obscurantism. For others, it appeared as being too generous to the divorcee. Although the charge of appeasement was first levelled against Indira Gandhi for her supposed bias in speeches during her election campaign in Assam in 1983, it was the “Shah Bano amendment” that made it stick.

In February 1986, the gates of Babri Masjid were unlocked by the order of a district court in Faizabad. The order vacated the status quo at the location of the mosque in Ayodhya that had been in effect since 1949, when the mosque had become a site of communal confrontation.

Was this Rajiv’s recompense to his Hindu constituents for the Shah Bano amendment? There are many witnesses to the fact that Uttar Pradesh chief minister Vir Bahadur Singh was ensconced with Union minister Arun Nehru in the chief minister’s office in Lucknow when the court was pronouncing judgment, which was then complied with forthwith. This simple act of unlocking the access to a building already in long use as a temple was to vitiate community relations in north India.

In September that year, flying with the prime minister to drought-hit Gujarat, I asked him the reasoning behind these orders. The mosque had functioned as a temple since 1949. Although, judicially, the entrance was locked, worshippers entered readily over a ladder, and a regular mahant led the worship. So the removal of the locks, and entry through the gate rather than over the wall, would have appeared only symbolic.

So my question to Rajiv was that, since the removal of the locks was not going to change the status quo in any way, but could earn for his party the support of sections of the Hindu community, was it not understood that such a benefit could only be limited—since the core of the Congress remained secular and this development would inevitably be trumpeted as a triumph of the political right?

The destruction of a temple to construct a mosque has never been established. Given that the British in the 1850s were already scheming to annex Awadh, which had a popular Shia ruler of a largely Hindu peasantry headed by a predominantly Hindu ruling class of Talukdars, it need not be a mystery as to why the British gazetteer of the 19th century stoked this birthplace dispute.

As for my question, Rajiv’s answer was direct and instant: “No government has any business to meddle in matters determining the functioning of places of worship. I knew nothing of this development till I was told of it, after the orders had been passed and executed.”

“But, sir, you were prime minister,” I said.

“Of course I was. Yet I had not been informed of this action, and I have asked Vir Bahadur Singh to explain,” he said.

He had his own suspicions on who was responsible, and said, “If it is true, I will have to consider taking action,”

The following month, Arun Nehru was dropped from the cabinet. As per the Places of Worship (Special Provisions) Act, 1991, passed by the successor to the Congress-led government, all worship sites have to maintain the independence-era status quo. The act sought to foreclose all disputes over religious sites, except the sub-judice matter related to the Ayodhya mosque.

In the meantime, the communal divide that these decisions had sought to excise began to smoulder. The issue of Ram janmabhoomi acquired a life of its own after the BJP decided to support the demand for a temple in its Palampur resolution in June 1989. This was only compounded by Rajiv initiating his campaign for the elections to the ninth Lok Sabha in November that year at Ayodhya, by delivering a promise of Ram rajya. L.K. Advani followed that up with his rathyatra in September 1990—arching through west, central and north India to Ayodhya. The communal frenzy would soon erupt.

Habibullah was chairperson of the National Commission for Minorities and the first chief information commissioner of India. He was also joint secretary in Rajiv Gandhi’s PMO. This article draws from his memoirs My Years with Rajiv: Triumph and Tragedy, published by Westland last year.