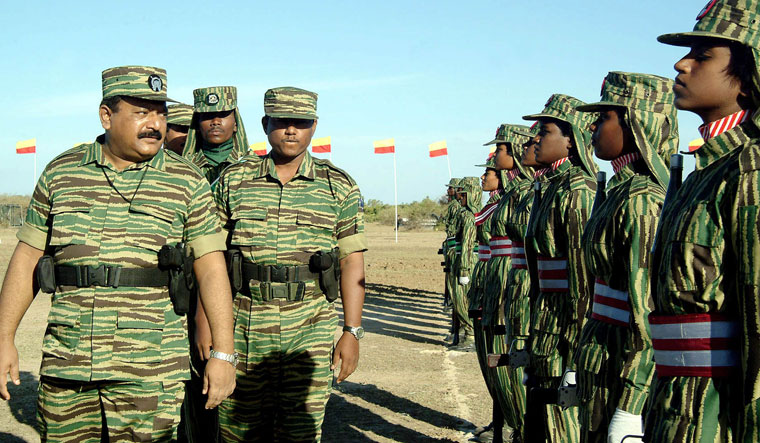 The road to hell is paved with good intentions.

Ironically, it was the goodness of the man that led him into the quagmire of Sri Lanka and the Eelam movement.

Rajiv Gandhi’s single biggest mistake was that he believed in the essential goodness of all human beings. So, he placed his trust in Liberation Tigers of Tamil Ealam leader Velupillai Prabhakaran. He even wrapped around Prabhakaran’s shoulders his own personal bullet-proof jacket as a farewell present when he enabled him to return to Sri Lanka. As Anita Pratap has revealed, Prabhakaran was in a fever of anxiety that he had been trapped into visiting Delhi and would have to spend a lifetime as a prisoner, holed up in the Ashoka Hotel under watchful Indian guard while his dreams of Eelam slipped away. Rajiv, for his part, recognised that no pact he made with Sri Lankan president J.R. Jayewardene could hold unless Prabhakaran was on board. So, with an Indian Peace Keeping Force (IPKF) dispatched to Jaffna to hold the ring between the LTTE and the Sri Lankan armed forces, he thought the opening had been created for Prabhakaran to secure— under the 13th amendment to the Sri Lankan constitution—the substance of what he sought, without subjecting the Sri Lankan Tamil to more murder and mayhem. True, foreign minister P.V. Narasimha Rao expressed his reservations. But neither high commissioner J.N. ‘Mani’ Dixit in Colombo nor the principal advisers of the prime minister had taken the true measure of Prabhakaran. It was only those who grew wise after the event who identified Prabhakaran as a psychopath, determined to wrest from the Sinhalas an independent, sovereign Tamil Eelam and nothing less. Not in the least behindhand were the top brass of the Indian Army, the chief of army staff, General K. Sundarji going so far as to say it would take him no more than a fortnight or at most a month to bring the LTTE guerillas to heel if they dared take on the Indian Army. So much for the keepers at the gate.

As for Jayewardene, when, early in my term with Rajiv Gandhi, I had suggested he be softer with him, Rajiv had described him to me as an “old fox”. But he was more than willing to set aside personal prejudice to objectively understand that Jayewardene was caught in a classic “double Cannae”—he was besieged from the north and the east by the LTTE and other Tamil insurgents; and besieged in the west and south by the neo-Marxist Janatha Vimukthi Peramuna. Therefore, this was the right moment to put the pressure on the “old fox” to accept the only viable alternative to civil war and the disintegration of his country, which was effective devolution to confer virtual autonomy, short of sovereignty, on the Tamil-majority regions of Sri Lanka.

Rajiv also had very much more in mind. Had Eelam come into existence, there was the very real possibility of Sri Lankan Eelam merging with our Tamil Nadu to create a further partition of the Union of India. Moreover, Rajiv was clear that a divided Sri Lanka would become an easy playground for outside powers to bring their quarrels to our region.

So, the fault lay not just in Rajiv’s larger vision and his value system, compounded by the hesitancy of his top Sri Lanka advisers to deter him, but most of all with the idle boast of his top military advisers that in no time at all they would sort out the bunch of hooligans who called themselves the “Tigers”. First, a very incompetent commander was put in charge of the IPKF. He neither reacted with alacrity to the virtual refusal of the LTTE to surrender arms nor, when hostilities broke out, did he rise to the occasion. He attempted to capture Prabhakaran and the political leadership of the LTTE in Jaffna University without first checking whether the wavelength on which he was giving his deployment orders were or were not with the LTTE. The wavelength had been shared with the LTTE leadership to help them keep in touch with the IPKF base at Palali. This meant the LTTE were fully informed of the Indian commanding officer’s war plans. While the LTTE leadership slipped away into the night, unbeknown to the IPKF, their armed fighting force picked off, as if on a duck shoot, the poor paratroopers slowly floating down in the night into the University grounds. 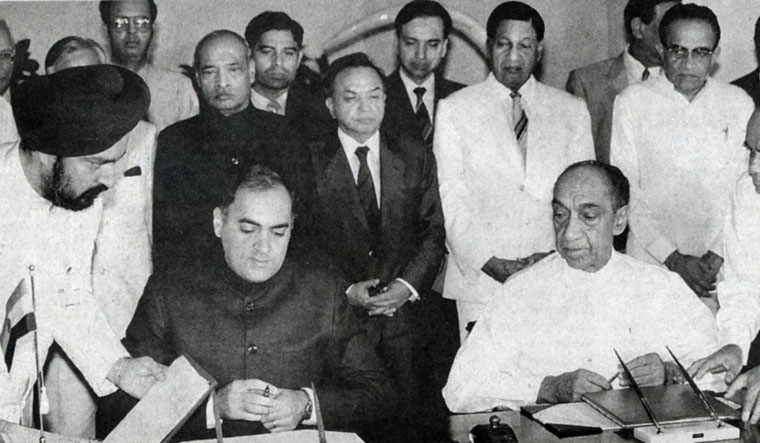 The price of peace: Rajiv Gandhi and Sri Lankan president J.R. Jayewardene sign the India-Sri Lanka Accord in 1987. Rajiv’s involvement in Sri Lankan politics cost him his life

More disaster followed. When Jaffna University failed to give the IPKF any military or political benefit, helicopter gunships were used to strafe crowded towns, further alienating fleeing civilians from what should have been a joint cause of ourselves and the local Tamils. The commander had to be withdrawn by the end of October 1987. A highly competent officer like General A.S. Kalkat should have been sent out as soon as a breakout of hostilities became ineluctable. The proof of this proposition is that once Kalkat arrived on the scene, the IPKF’s position stabilised. It was sheer bad luck that Kalkat was unable to personally capture Prabhakaran after a daring operation he personally led to Prabhakaran’s hideout. The lie that he had been instructed to save Prabhakaran by prime minister Rajiv Gandhi has been effectively rebutted by General Kalkat himself.

In his book Assignment Colombo, high commissioner Dixit wrote this handsome mea culpa: “Rajiv Gandhi was given inaccurate advice about the political, military, and intelligence factors affecting the implementation of the agreement by his military, intelligence and foreign service advisers.… History will judge Rajiv Gandhi’s Sri Lankan involvement with greater precision and objectivity with the passage of time. In my perception, in dealing with Sri Lanka his motive was fair, just and as practicable as he could be in his policies. He was courageous in taking on responsibilities to safeguard Indian interest and the well-being of a small neighbouring country, despite the complexities of the issues involved, and the onerous nature of the responsibilities. He took upon himself a thankless job for the well-being of the peoples of India and Sri Lanka, and paid for it with his life.”

I have nothing further to add.

Mani Shankar Aiyar is a former diplomat and parliamentarian. He served as a special assistant to Rajiv Gandhi from 1989 to 1991.