Our government’s programmes are for everyone 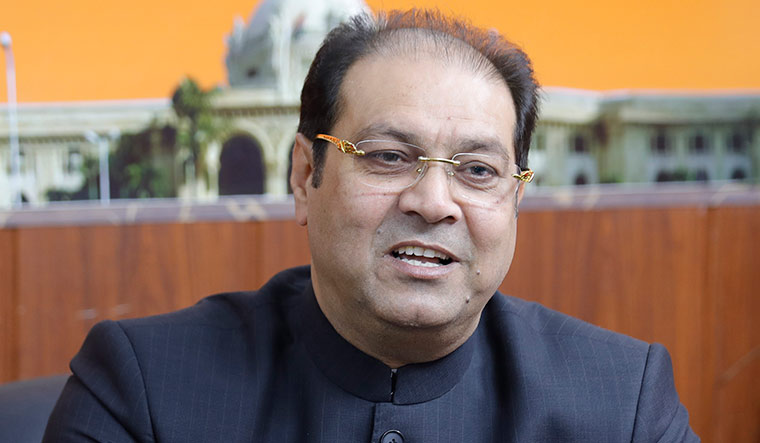 Q/ Has there been any change in the perception that the state government and the BJP are anti-minority?

A/ The perception is not created by us, but by others who have always practised the politics of appeasement. The BJP government’s programmes are for everyone. Islamic countries like Afghanistan and Saudi Arabia have conferred their highest civilian awards on Modi ji…. During the height of the pandemic, we provided ration to migrants who returned to the state or even crossed the state while going back to their homes. We did not look at their religion or caste. Other parties have practised the politics of selfishness and of criminalisation and corruption…. Another party built its politics by firing on kar sevaks…. Madrasa mafia has looted money meant for children under them. The way Uttar Pradesh has taken action against criminals, without regard for their religion, would not have been possible in any other state. This is a government under which the majority is finally feeling safe.

Q/ When the government does not host iftars, but celebrates Hindu festivals, is it not a slight to the country’s secular fabric?

A/ Parties have been content to offer chaddars (at shrines), host roza iftar and eat dates. It is our party that has formulated schemes so that Muslim children have the Quran in one hand and a laptop in the other…. We have a holiday on Barawafat (the birth of Prophet Mohammed). That is only because we respect everyone who has worked for humanity. Those who criticise us are so blinded that they are speaking against the maryada (righteousness) of Ram.

Q/ The government is on a renaming spree. Why is it important?

A/ This is yet again a narrative set by the opposition. Why are cities/monuments named after those who plundered the nation? Did we ever ask why Prayagraj was renamed Allahabad? We are only trying to reclaim our cultural heritage. Hinduism is our culture, not a religion.

Q/ What schemes have been introduced for minorities?

A/ From a budget of just Rs2,500 crore in 2018, we (the Centre) have increased it to Rs4,810.77 crore. The state’s ‘one district, one product’ scheme has benefited minorities the most. Be it chikankari in Lucknow or lock-making in Aligarh, it is mostly Muslims who carry out the trades…. Under the housing schemes of the Centre and the state, minorities have been given the most number of houses.

Q/ How have you tackled corruption in the Waqf properties?

A/ For the longest time, there were demands for a CBI probe into Waqf properties. (Islamic properties held in trust and used for charitable or religious purposes). We have started this as we want to ensure that these properties are used for the benefit of the poor. There are some 1.24 lakh such properties in the state; so it is taking time. Those properties that we have freed (from illegal sales/encroachments) we are developing (malls, commercial places) so that there is income from them. Imagine there was zero income from numerous properties under both boards (the Sunni and the Shia board). These properties have not been audited for the last 15 years. It is unimaginable that only 600 of these properties have annual income above Rs 1 lakh. We are digitalising records for transparency.

Q/ What about madrasas?

A/ For the first time, madrasas are also offering the NCERT syllabus to their students. While having knowledge of Arabic, Persian and the Quran is good, it does not set one on the path of taking competitive exams. If madrasa-going children do not know computers, English, how will they compete with others?

Q/ What is your opinion on the Indo Islamic Cultural Foundation?

A/ The Supreme Court, in its judgment, said that a piece of land should be given to the Sunni Central Waqf Board which was a party to the title suit. The Waqf itself is a trust, so what was the need to create a separate trust (IICF) outside it to collect funds and manage the property? This is not my opinion but of Muslim intellectuals and the legal fraternity. Why the name Indo Islamic? It creates divisions instead of alluding to a composite culture.

Q/ Have you had a free hand as a minister?