Interview/ Shrikant Sharma, minister for energy and additional sources of energy, UP 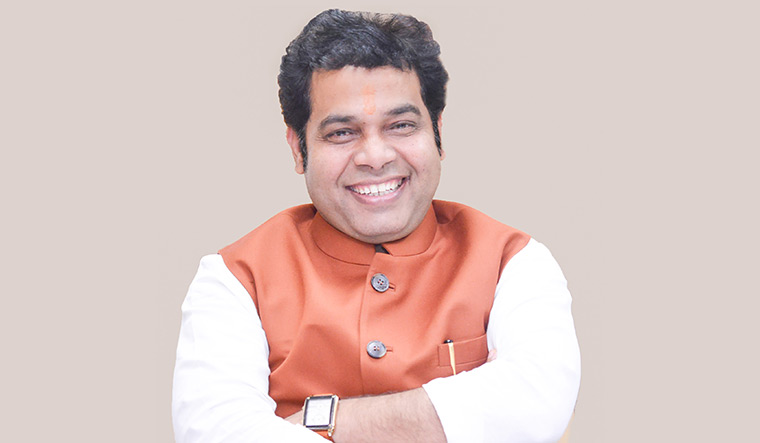 Q/ What were the biggest challenges the department inherited in 2017?

A/ High distribution losses and low collection efficiency. Distribution losses in FY 2016-17 were 21.67 per cent and collection efficiency was 76.78 per cent. About 38 per cent of the total consumers (69 lakh of 1.80 crore users) were un-metered. Apart from this, high-cost power purchase agreements (PPA) executed in the past were a major burden. As tariff for rural domestic and agriculture categories was extremely low, discoms (distribution companies) could not charge full cost.

Q/ How are these challenges being tackled?

A/ Uttar Pradesh discoms have reduced AT&C (aggregate technical and commercial) losses from 40.97 per cent in FY 2016-17 to 30.02 per cent in FY 2019-20. This is an unprecedented reduction. It happened despite adding many rural consumers under the Saubhagaya scheme (a Central project to provide electricity to households). The subsidy from the state was increased to Rs12,500 crore (from Rs6,000 crore).

Q/ How have you tackled the problems of losses in power distribution and realisation of arrears?

A/ The overall distribution losses for UP discoms reduced from 21.67 per cent in FY 2016-17 to 18.48 per cent in FY 2019-20. During the said period, several strategic initiatives were implemented, (including) appointment of new billing agencies, segregation of rural agriculture feeders, establishment of special police stations, increase of vigilance squads, replacement of LT (low tension) lines with underground cables in congested and densely populated areas, installation of armoured cables for new service connections, monthly energy audit of rural and urban feeders, installation of smart meters in high loss areas, metering of un-metered consumers and rigorous monitoring by the top management of UPPCL (UP Power Corporation Limited) and discoms.

Q/ On an average, how much has electricity supply improved since 2017?

Q/ What are the most viable sources of non-conventional sources of power generation for the state and how well do you think these can be used in the coming years?

A/ The peak demand season for UP is April to October. In the lean demand season of November to March, UP has surplus of around 5,000 MW. Within the peak demand season, the state has a striking deficit in the peak hours of the morning, evening and night. Optimal generation mix based on the state’s load profile is the central element in planning and scheduling generation. The intermediate load range is best served by a combination of base-load, peaking, combined-cycle and hydroelectric units that have intermediate capital and operating costs and have design provisions that reliably permit the required load fluctuations and hours.

Thus, hydro and wind are the most viable source of non-conventional sources of power generation for the state. In the past three years, only 200 MW of hydro power and 600 MW of wind power sources have been tied-up (with energy grids), against the total tied-up capacity of around 26,000 MW.

Q/ You have been a very proactive minister, actively checking transformers/power stations. What change has this brought about in the work culture of your department?

A/ With regular monitoring and surprise audits of transformers/power stations, discoms have successfully reduced transformer failure rate from 20.86 per cent in FY 2017-18 to 14.62 per cent in FY 2019-20. Continuous monitoring of operational and financial parameters by me have inculcated a sense of responsibility among the senior level officers of UPPCL and discoms.