New investment has brought in employment 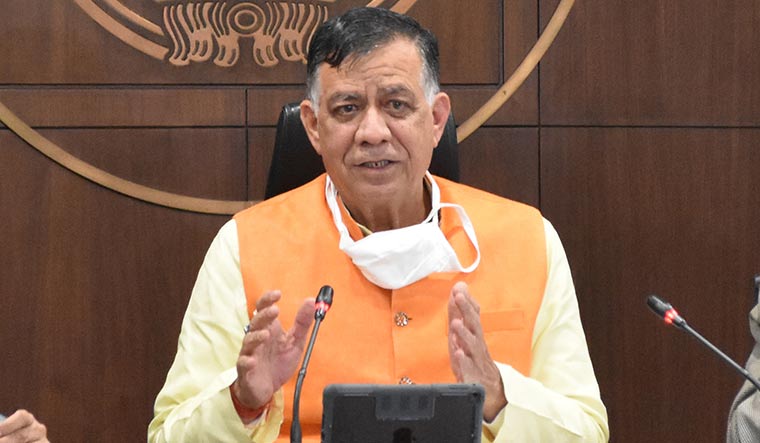 Q/ There is criticism that the state’s second place in the Ease of Doing Business ranking is unreliable as it is based on user feedback and does not account for actual processes.

A/ We do not have to question the rankings just because they are done by the government. Our jump in the rankings shows that we have been constantly working on ourselves and implementing the business reform action plan…. Our single window Nivesh Mitra portal has very high user satisfaction, and this reflects in the ranking. After many years, the state has a standalone ministry for industry.

Q/ Industries have always stayed away from Uttar Pradesh because of poor perception. How has that changed?

A/ The state always had great potential but its image was marred by corruption, ransom, lawlessness and organised crime. We have managed to curb these…. The kind of vasooli (extortion) that industries had faced has completely stopped. The other perception was that laws and processes were too cumbersome. We have implemented 186 reforms spread over areas such as labour regulation, property registration, environment clearances and land allotment…. There is a definite change in perception.

Q/ Of all the laws and processes that have been eased, which have been the most remarkable?

A/ The Revenue Code has been amended to ease purchase of agricultural land above the ceiling level and powers of approval have been delegated to districts. Post lockdown, the government lowered the mandi tax from 2 per cent to 1 per cent, bringing relief to the food processing industry. To discourage blocking of land, the UP Industrial Area Development Act, 1976, has been amended to enable cancellation of land allotted if there is no production in five years.

To facilitate electronics system maintenance and development and component manufacturing, we now provide incentives on fixed capital investment up to 40 per cent on refurbished plant and machinery. To reduce regulatory burden on the state, we have started to identify licences/NOCs in terms of renewals, inspections, registers and records to ease or repeal them.

Q/ How much employment can industries provide?

A/ While it is true that where industries come, employment comes, the sector itself has only a 16-17 per cent share in employment. Employment comes from agriculture and services…. Having said that, new investment has brought in employment. The government diligently pursued investors who came for the Investors Summit in 2018. Of the MoUs signed, 207 projects worth Rs50,520 crore are under commercial production, and employ 1.27 lakh people. An additional 120 projects worth Rs35,830, that are under implementation, will create 20,500 jobs.

Q/ Does labour have any reason to fear because of the changes to the labour laws made during the pandemic?

A/ No one knew what the pandemic was and how long it would last. In its initial stages, there was a question of survival of industries. If industries were shut down, there would be no jobs. It was only after industry survived that it could be revived and grown. Labour and industry both have a clear understanding that each is indispensable to the other. Labour laws have been used politically and wherever that has happened (eg. in Kanpur), industries have been shut down. The changes we have introduced - such as doing away with the need for certain clearances for 1,000 days - are only for new industries. This is not an age where industry can have bonded labour. We are committed to the welfare of labour.

Q/ There is a worrying nationwide trend of the falling share of women in the workforce. Does UP have any plans to tackle it?

A/ Under the Mukhya Mantri Yuva Swarojgar Yojana (self-employment scheme), a certain proportion will be earmarked for women and for those belonging to the SC/ST categories. We will promote industrial units employing SC/ST/women/differently-abled by providing incentives such as 20 per cent exemption from stamp duty and 10 per cent EPF reimbursement.

Q/ What are the most unexpected sectors that have been identified for investment by the state?

A/ The defence corridor, the medical devices park and the pharmaceutical park. No one could have thought that these could be set up in UP. In pharma, for instance, it was always said that investment can be made only in states like Himachal Pradesh.

Q/ Where do you think you could have improved your performance in the last four years?

A/ We have done whatever we could do, as best we could do it. There is always scope for doing better but we have created the circumstances for industries to come to the state. I do wish, however, that the bureaucracy was more open to change and more transparent. My achievement, under the guidance of the CM, has been that people in the state finally talk of the industry and economy. They may not know how many zeros it has, but can tell you that we are on our way to becoming a one trillion economy.