This is the most corrupt, inefficient government Kerala has seen 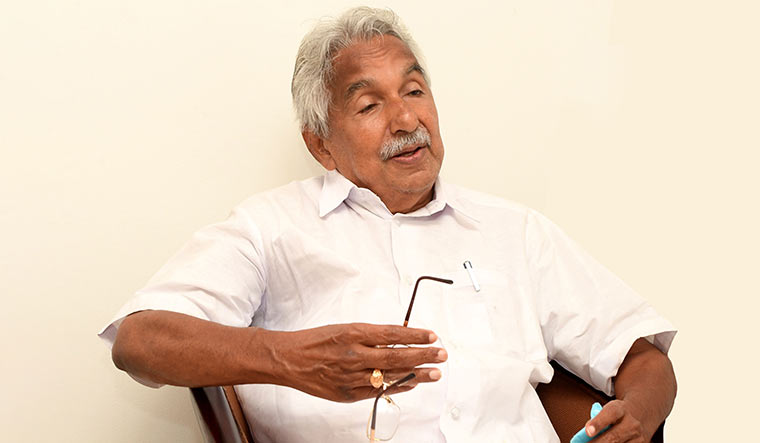 The Congress-led United Democratic Front is facing one of the toughest electoral battles ever in Kerala. After the resounding defeat in the recent civic body polls, the Congress high command roped in former chief minister Oommen Chandy, 77, to head the party’s poll panel for the state. He spoke to The WEEK about his comeback and his hopes for the party. Excerpts:

Q/ What are your expectations for this election?

A/ The UDF will win this election. There is strong anti-incumbency against this government as it has failed the people on all fronts. There is corruption in all departments. The chief minister and the ministers [don’t think about] the common man. They came to power raising huge allegations against me and other ministers. They maligned me personally. But they could not prove even a single case against UDF ministers. The voters of Kerala are watching all this and I am sure that they will give a befitting reply to the LDF. It is the most corrupt and inefficient government Kerala has ever seen.

Q/ But the LDF swept the recent local self-government elections.

A/ The LSG elections are a totally different ball game. Most voters vote for someone they personally know. But assembly elections are an out and out political battle. So there is no comparison. Also, many rebels contested against official UDF candidates in the LSG elections. But that will not be there now and we will fight the election together. Also, state politics has changed a lot in the last one month in favour of the UDF. The history of our elections, where voters have chosen both the fronts alternately, will also work in our favour.

Q/ You were not visible in Kerala politics since the UDF lost power. But now you have been brought back. Does it mean the Congress needs you to win this time?

A/ I had to stay away from Kerala because I was given charge of the Congress in Andhra [Pradesh]. But it doesn’t mean I was not active in state politics. I was very much here. Now I have been given the charge because it is a crucial election for the party and we must win it together. Other than that there is no political meaning to my appointment.

Q/ At a time when the LDF is being led by a tall leader like Pinarayi Vijayan, would it not be better for the UDF to project a chief ministerial candidate?

A/ We believe in collective leadership and the priority right now is to win the election at all costs. The chief minister will be decided by the high command after the elections. There will be no issue over that once we win the election.

Q/ Are you likely to be considered to become chief minister?

A/ As a disciplined party worker I will obey whatever the high command says.

Q/ How will you compare your style of governance with that of Pinarayi’s?

A/ I will not comment on his style, but I can tell you about mine. I believe in consensus and democracy. Autocracy is not my style and I take into consideration the opinion of everyone involved. I had told my officers that they have every right to correct me if I am wrong. They were reluctant initially. But I told them that they are there to help me make the correct decisions. And if someone points out errors in my actions, I would make corrections without any ego. I am always open to criticism.

Q/ What about the allegation that Congress leaders are “buyable”. Even Rahul Gandhi made a statement to that effect. How will you counter that?

A/ The BJP is playing dirty politics. They are killing democracy using money and muscle power. No other government has stooped to this level. All values of democracy are being killed. But it is not that Congress leaders alone are joining the BJP. The CPI(M) cadre has shifted their loyalty en masse to the BJP. Even in Kerala, a local committee office was converted into a BJP office overnight. The BJP is trying to finish off opponents and this does not augur well for democracy.

Q/ Do you see the BJP as a threat in the coming elections? What will be the Congress’s strategy?

A/ The people of Kerala will reject the BJP completely.

The Congress [candidate] list will be unlike any previous one. There will be a strong presence of women and the youth. Winnability will be the only criteria for choosing a candidate.