I had a blissful life transformation at the Shaolin temple 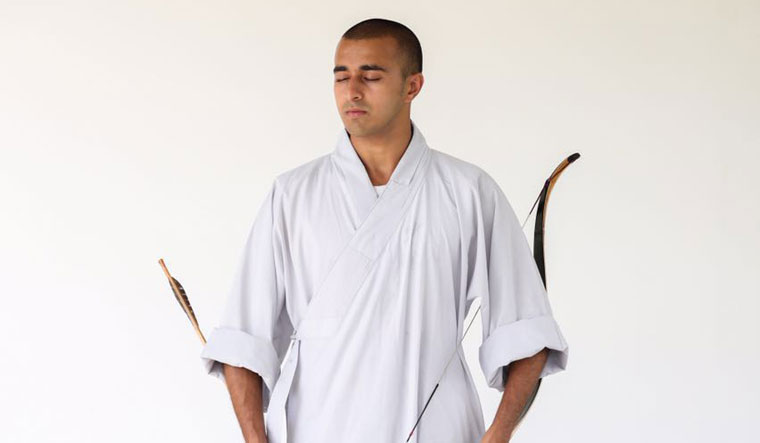 I had a very interesting, blessed and blissful life transformation at the Shaolin temple. In 2014, I had knee surgery, but my recovery was not good. As I was a professional football player, it was difficult for me to stay away from physical activities. So, I did some research on the Chinese acupuncture therapy and got in touch with representatives of the Shaolin temple. They invited me to the temple and asked me to carry all my medical records.

Initially I had to face several challenges at the temple. Shaolin is an isolated monastery located on top of a mountain in a village where no one spoke English. Getting used to the food was another problem. But I knew I was at the right place to do the right thing and I did not want to give up. My first three months were spent undergoing acupuncture therapy for my right knee, combined with a little bit of strength training. Gradually, I started feeling a lot better.

The temple was filled with so much of knowledge and there was always so much more to learn. I decided to learn Mandarin. I ordered some books to study and I observed and listened when others around me spoke in Chinese. Studying around 20 to 30 new words every day from my dictionary made me feel confident. People in the temple, including my master, told me that I was putting more and more effort every day by not only doing physical training but also learning the local culture.

We had several duties and services to perform, like cleaning our rooms and the training and dining halls. My concentration, focus and commitment became much stronger after the training I received at the Shaolin temple. I got a new family by helping foreign students with translations, by learning medicine, philosophy and martial arts and by performing various other duties and services. Learning about the culture and history of the temple brought so much meaning to my life.

Everything in the Shaolin temple comes from India. I want to introduce the Shaolin culture in India when the time is right.

Verma is the first Indian to be part of the Shaolin performing monks’ team.