The cure to my quarter life crisis 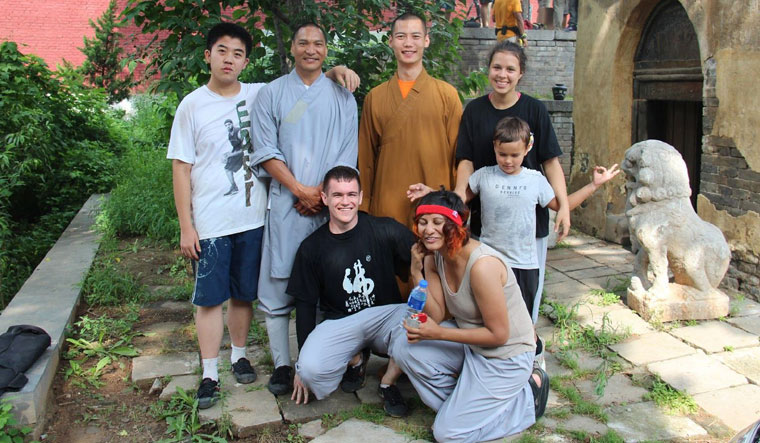 The year was 2012. I was in my late 20s, recently single, jobless, and in general having what many would consider a quarter life crisis. So I did what I thought was the most sensible thing I could do. I decided to go study kung fu.

I knew nothing about martial arts at the time. I had somewhat experimented with Thai boxing, though I had barely set foot in a gym. I spoke no Chinese. I had seen one or two Bruce Lee films. That was essentially all the prep I did before I bought my train ticket and headed to Zhengzhou, eventually making my way to Shaolin.

Arriving at the temple, I was extremely intimidated by all the young children I saw, doing flips in the air and a variety of movie-like stunts. These children (mostly boys) were probably around seven or eight years. They were doing repeated rounds of various moves that made them look like they were literally flying! But after practice, these young lads immediately chilled out on their practice mats, chatted with each other, and pulled out their phones and started playing video games. Despite their fancy moves, I was put at ease, knowing that they were just like any other kid their age.

I was enrolled in a class with a group of Russian students as all the foreigners at the temple trained under an English-speaking monk/teacher. Our teacher would make us train for two hours in the morning and two hours in the afternoon. Much of our practice consisted of lots of jumps and basic kung fu stances.

My fellow Russian students were definitely more agile than me, though by the end of my ten days I was able to do much better than I thought I would!

I was extremely sore after the first day. But luckily everyone in the community—from our teacher-monks, to my fellow students, to the locals working and residing in the area—was very encouraging of a new student like myself. A man I met while walking to class felt obliged to show off his moves!

The Shaolin temple was not just about exercise. They also had an onsite acupuncturist, who persuaded me to do a therapy that involved running an electric current between needles. And with all my sore muscles I was offered a massage that involved burning a towel on my back.

Our class had the honour of meeting Jason Scott Lee, who had portrayed Bruce Lee in the 1993 film Dragon: The Bruce Lee Story. Although he was at the temple to shoot a documentary, he also took time to learn from our teacher/monk.

By the end of training, I was lighter, quicker and fitter than I had ever been. But more importantly, I learned to truly embrace new experiences, no matter how intimidating they may initially seem! And by the end of my stay at the Shaolin temple, I was finally cured of my quarter life crisis.

The author is a senior producer at a digital media and entertainment company.