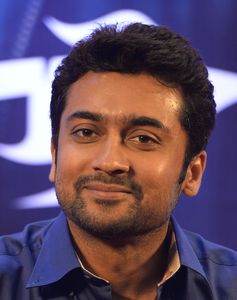 You played the role of Bodhidharma in the Tamil film 7aum Arivu. How challenging was it to portray someone about whom there is no historical evidence?

We were so excited and deliberated a lot on the narration and the script. We believed that at least 50 per cent of what we portrayed was true. A large number of Chinese people admire Bodhidharma. Although Bodhidharma was from India, many of us do not know about him. In China, everyone from schoolkids to shopkeepers worship Bodhidharma. He is like a god in the Shaolin temple. Some research tells us that Bodhidharma came from Kanchipuram. But we do not have any active Bodhidharma organisations or trusts here.

Do you think there is any similarity between kung fu and Indian martial arts?

In the film your character says we should be proud of our ancient culture, which is being marketed across the world in all forms.

We should respect our age-old traditions and tell the world with pride that those are ours. Our yoga has become hot yoga, cold yoga and what not! We need to speak up. In our temples and scriptures there are so many things the world can learn. We need to preserve our tradition and take it to the world so that the entire mankind can benefit from it.